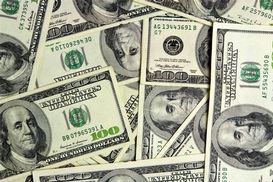 Packer backers were once again rewarded.

Green Bay (-3) and the over (45) was the worst-case scenario for Las Vegas as the public continued to back Aaron Rodgers and the Packers on their impressive run to the championship.

“The combination of the ‘over’ and the Packers’ victory was lethal,” MGM Resorts Race and Sports Book Director Jay Rood told Lance Pugmire of the L.A. Times. “It was the worst Super Bowl I’ve seen since being here in 1993. There was no getting around it. Not a great scenario.”

Prior to Sunday’s game, Nevada sports books had only posted one losing Super Bowl over the past ten years, which came in 2008 when the New York Giants defeated the New England Patriots.

In 2010, Nevada casinos booked $82.7 million in bets for Super Bowl XLIV between the New Orleans Saints and Indianapolis Colts.

Hopefully for bookmakers, that number turns out to be a bit smaller in 2011.