The oddsmakers in Las Vegas are apparently getting better and better as the year goes on, because there have been very few line movements so far this week.

In fact, of the 16 games on the board for Week 14, not one has had a line movement of move than .5-points in the two days since the opening lines were posted.

One game of note centers around the Chicago-New England Over/Under, which has dropped a total of three points so far this week, from 44 to 41. 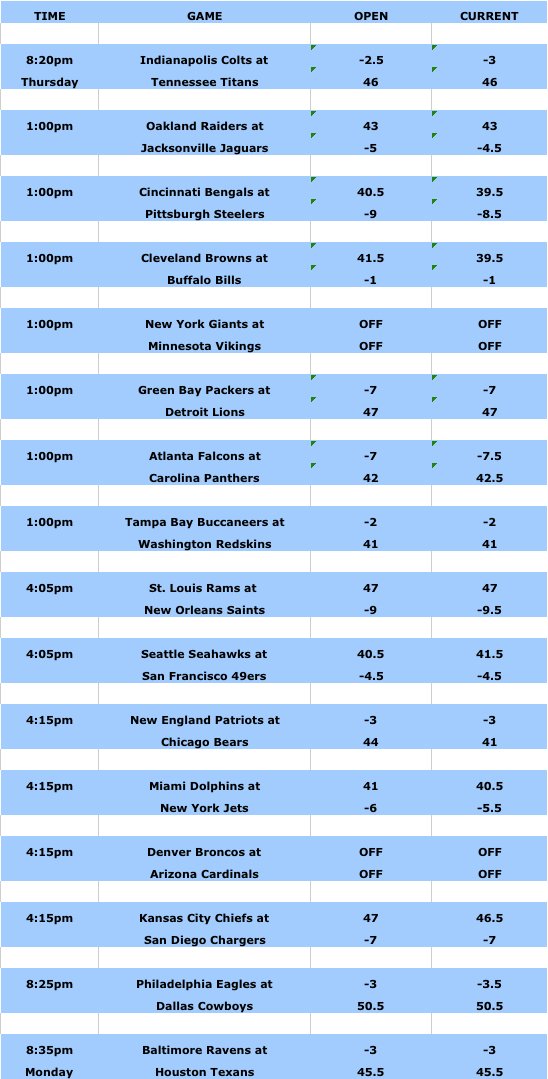