Remember back at the beginning of the season when home dogs were covering the number at an alarming rate? Well, that trend has predictably regressed towards the mean. Home dogs are now just 39-42-2 (48.15%) on the season. But road dogs? That’s another story, as teams in that spot have gone 77-61-3 (55.8%) through the first 15 weeks of the 2012 campaign.

That doesn’t mean you should run out and bet every road dog on the board for Week 16. We just like to throw a couple of numbers at ya to get the brain working before jumping into our analysis.

CLICK HERE to check out all of the current Week 16 lines.

Analysis: The Falcons have wrapped up the NFC South and are just one win away from a first-round bye and home field advantage throughout the playoffs. It’s no surprise to see the early money fading the Lions, who have dropped six straight including last Sunday’s humiliating 38-10 blowout loss to the lowly Arizona Cardinals. Interested in betting this game? Then you have to ask yourself if Detroit has given up on the season. The Falcons are 9-4 ATS over their last 13 games played in the month of December while the Lions are 1-5 ATS over their last six games overall. Take note that Atlanta is 3-1-1 ATS in their last five trips to Detroit. 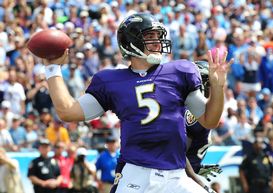 US PRESSWIREJoe Flacco and the Ravens have dropped three straight games.

Analysis: The Giants have followed an interesting path over the last five weeks: Play poorly and lose at Cincinnati, play well and win against Green Bay, play poorly and lose at Washington, play well and defeat New Orleans, play terrible and lose at Atlanta. Based on that current trajectory, we should see a solid effort from the Blue Sunday afternoon in Baltimore. At 8-6, the Giants are currently looking up at both Washington and Dallas in the NFC East and need a win in Week 16 if they want a shot at winning another divisional championship. Meanwhile, the Ravens are headed back to the postseason despite three straight losses that have the city questioning how far quarterback Joe Flacco is capable of leading this team. Motivation points to New York, as do two trends stating the Giants are 10-3-1 ATS over their last 14 games against teams with a winning record and 4-1 ATS over their last five outings following an ATS loss. Take note that the Ravens are 1-5 ATS over their last six home games.

Analysis: LVH’s look-ahead line last week for this game was San Francisco -2, so it’s interesting to see an adjustment towards Seattle in the wake of the Niners impressive road victory at New England on Sunday night. Had San Francisco come up short at Foxborough, a Seattle win would have put the Seahawks in the driver’s seat for the NFC West title. With that no longer being the case, the 49ers can breathe a little easier heading into Week 16. The Seahawks are 6-0 both straight-up and against the spread at home this season and are 6-1 ATS in their last seven games played in the month of December. On the other hand, San Francisco is 1-4 ATS over their last five divisional games. Remember, Seattle is playing with revenge in this game after falling at San Francisco 13-6 back in Week 7.

Note: Seattle cornerback Richard Sherman is facing a four-game suspension with his appeal hearing set for Friday. Should he lose, the Seahawks will be without both starting cornerbacks for Sunday night’s divisional clash.