With all due respect to the Oakland Athletics, Billy Beane and Bob Melvin have nothing on the meltdown I put together last Saturday. That little 0-5 disaster puts us under .500 for the first time since early 2012, a fact that I’ve been fuming over ever since Duke blew multiple backdoor cover opportunities last Saturday night at Miami. Time to clear the slate and get back in the win column. 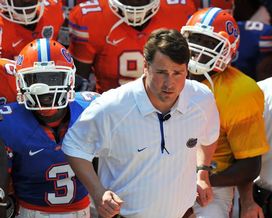 The Gators look to run their winning streak over the Volunteers to ten games.

Analysis: The Gators enter this matchup on an extra week of rest following the 42-21 butt-kicking the team suffered at the hands of Alabama back on September 20. However, Florida also enters this game with quarterback Jeff Driskel still under center, who is completing just 56.0 percent of his passes this season with three interceptions and a yards per attempt average of only 5.48. The Gators have been anemic on offense for the better part of three years now, are 1-4 ATS over their last five games overall and 3-11 ATS over their last 14 outings following a loss. Second-year head coach Butch Jones has the Volunteers heading in the right direction, as evidenced by last Saturday’s gut-wrenching 35-32 loss at #12 Georgia. Tennessee is poised for a breakout win and what better time to pop the champagne than Saturday against the Gators, who have won nine straight meetings in this series. It’s time for that streak to end.

Notable trends: Florida is 7-15 ATS over its last 22 games following an against the spread loss.

Analysis: The last time we saw Mississippi State in action was two weeks ago when Dan Mullen’s Bulldogs were putting the finishing touches on a 34-29 upset win at LSU to move to a perfect 4-0 on the season. And while the Bulldogs were relaxing and getting healthy last weekend, Texas A&M was in a barnburner with Arkansas that saw the Aggies emerge victorious 35-28 in overtime. Now Kevin Sumlin’s crew needs to make a quick turnaround for a road trip to Starkville where the Bulldogs are 4-1 ATS over their last five home games and 8-1 ATS over their last nine contests overall. In addition, note that Mississippi State is a perfect 5-0 ATS over its last five conference outings and 6-1 ATS over its last seven matchups against teams with a winning record. We’re following the early money that steamed the Bulldogs from a 2.5-point home dog to a 1-point favorite shortly after this game hit the board, per Sportsbook Review.com. 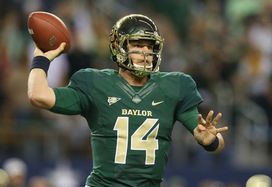 Analysis: It’s been business as usual for Art Briles and Bryce Petty, who are 4-0 to start their 2014 campaign behind an offense that is currently averaging 641.0 total yards per game while decimating the competition by an average of 43.0 points per contest. Charlie Strong and the Longhorns are coming off a shutout road win over Kansas (23-0), but that means little considering the Texas offense is averaging just 21.2 points per game this season. And as we all know, you need a hell of a lot more firepower than that to hang with the Bears. Note that the Longhorns have already been blown out at home once this season (41-7 vs. BYU) and that Baylor is 20-6-1 ATS over its last 27 games overall and 16-5-1 ATS over its last 22 conference games.

**BONUS PLAY: Baylor FIRST HALF (line not yet available)

Analysis: While Alabama was resting comfortably on the couch last weekend thinking about its impending showdown with Mississippi, the Rebels were busy grinding out a 24-3 win over Memphis. Yes, Ole Miss is 4-0 for the first time since 1970 and yes, ESPN’s College GameDay is making the trek to Oxford for the first time in the school’s history. But this is a huge step up in class for a Rebels team that has beaten nobody of substance this season and worse yet, they draw the best team in the nation coming off a bye week. This is a monstrous spot for both schools, which is preciously why we’ll back the team that knows how to handle the big game atmosphere.

Notable trends: Alabama is 11-1 ATS over its last 12 games played in the month of October.

Analysis: Last weekend’s matchup with Syracuse was supposed to be a flat spot for the Irish, who simply took down the Orange 31-15 en route to both a straight-up and point spread victory. Now comes Notre Dame’s revenge game against a Stanford team that defeated the Irish 27-20 last October. The Cardinal have played two games worth mentioning this season, which consist of a horrifically coached 13-10 home loss to USC and a ho-hum 20-13 win at Washington. Note that Stanford is 2-5 ATS over its last seven contests against teams with a winning record while Notre Dame is 4-0 ATS over its last four games against teams with a winning record and 4- 1 ATS over its last five matchups played on grass. For me, this basically boils down to backing the innovative Brian Kelly over the ultra-conservative David Shaw. 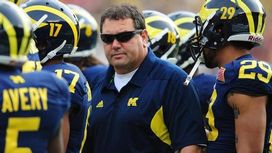 Hoke and the Wolverines are an embarrassment at the moment.

Analysis: To label Michigan a “dumpster fire” would be an insult to both dumpsters and dumpsters that have caught fire. Brady Hoke’s Wolverines are a downright embarrassment, as evidenced by the head coach’s decision to send a concussed Shane Morris back onto the field during last Saturday’s 30-14 home loss to Minnesota. In addition, Michigan is 7-18-1 ATS over its last 26 road games and 0-4 ATS over its last four games overall. Morale is at an all-time low in Ann Arbor and the school has spent this past week doing nothing but deflecting questions regarding Hoke’s future with the university and his asinine and dangerous decision making from last Saturday’s disgrace of a performance. Oh, and by the way, Rutgers ain’t half bad this season!