What's next for Cleveland?

Towards the end of the cinematic thriller Inception when the dream sequence takes the audience to the snowy fortress high in the mountains, Leonardo DiCaprio’s character is responsible for providing sniper cover fire in an effort to ensure that Robert Fischer can safely access the vault (his subconscious). But DiCaprio hesitates an instant too long when he realizes that the projection who has entered the room with Fischer outside the vault is his wife. DiCaprio’s failure to pull the trigger causes Fischer to be shot and forces members of the team to descend another level into the dream, seriously jeopardizing the mission.

The Cleveland Browns failed to pull the trigger in a deal with the St. Louis Rams for the highly-coveted second-overall draft pick, but their fate—unlike in Inception—might not come with a happy ending.

On Friday night, the Washington Redskins briefly stole the headlines away from the Peyton Manning sweepstakes when reports surfaced that the team had acquired the No. 2 pick in April’s draft in a blockbuster trade that will almost certainly result in the selection of Heisman Trophy winner Robert Griffin III.

Shortly after the story broke, writers began writing, analysts began analyzing and Redskins fans began rejoicing. Forget about the fact that the ‘Skins gave up three first-round picks and a second-round selection to seal the deal. Washington got what they wanted and the franchise can now turn its attention to beefing up the roster through free agency. Head coach Mike Shanahan has bought himself more time, the organization is set to begin a new era and—most importantly—the city has hope. 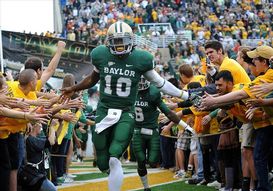 ICONWhile Redskins fans rejoice at the prospect of landing RG3, Browns fans are left wondering what could have been.

But where does that leave the Browns?

It’s no secret that Cleveland isn’t exactly the NFL’s model franchise. The Browns have gone 18-46 over the last four years during the regular season and the team hasn’t won a playoff game since 1994. Add in the fact that the organization ranked 18th in the league in attendance last season and you have yourself a franchise in desperate need of an adrenaline injection to the heart. How many of you can even name five starters on the roster?

More importantly, ask Lions fans what life was like after that infamous 0-16 campaign in 2008. When morale in the city of Detroit was at an all-time low, the organization hired a rookie head coach, drafted a franchise quarterback with a big arm and gave the city something to believe in.

Three years later, the Lions made it to the playoffs for the first time since 1999.

It’s no guarantee that Griffin is going to win a Super Bowl or—for that matter—develop into one of the league’s elite quarterbacks. But this isn’t just about upgrading a position on the roster. RG3 brings more to the table than a Heisman Trophy and freakish athletic ability.

He brings the ability to sell jerseys, the motivation to purchase season tickets and—most importantly—Griffin brings hope. The 22-year-old would have given the Cleveland faithful something to get excited about, an anticipation that would have the fans on the edge of their seats until football finally resumes in late July with the start of training camp.

Teams like the Patriots, Eagles, Cowboys and Chargers don’t need hope. They need Super Bowl wins. Anything less is a disappointment.

Teams like Cleveland need hope. And with the ammunition necessary to move up two spots and land a prospect who could breathe some life back into this listless franchise, the Browns failed to pull the trigger.

Now it’s a matter of whether or not the organization can descend deeper down the sequence and figure out a way to complete their mission.

Because this is a city that deserves something to believe in.