Your NFL team will open up training camp on…

With the lockout set to come to a much-awaited close on Monday, it’s time to look ahead to the start of training camp.

Per a tweet from NFL Network Research Manager Matt Pomeroy, here are the dates each NFL team will open up camp: 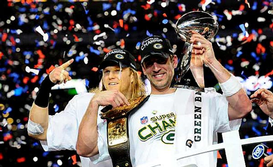 Aaron Rodgers and the defending champs open camp on Friday.

For those of you staring at your computers wondering why the Jets and Texans are starting later then everybody else, a new rule has been put in place stating teams cannot open up training camp more than 15 days prior to their first preseason game.

UPDATE (1:11pm eastern): According to the NFL Network, all training camps will open on Friday.

UPDATE 2: The NFL Network was wrong. The original camp dates listed above are correct.