Are NFL games taking longer than ever?

During my main gig — as a sports editor at Triumph Books — my colleagues and I begin each workweek by dissecting the previous Sunday’s NFL games. 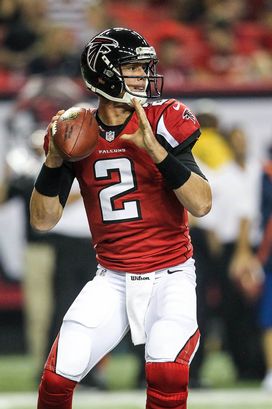 US PRESSWIREThe Falcons-Chargers matchup was the only Week 3 game that finished in under three hours.

“Now I know how my wife feels when I watch football,” Jordan joked.

Indeed NFL games not only feel longer in 2012, but they are literally lasting longer, too.

Week 3 in 2011 averaged 3.01 hours, and three games lasted less than three hours. Week 3 in 2012 averaged 3.23 hours, including the Jets’ 23-20 OT win against the Dolphins, the first four hour game of either of the last two seasons’ first three weeks. Only one 2012 game, the Falcons’ 27-3 road victory against San Diego, lasted less than three hours.

(Note: the latter 2012 average excludes data from the Monday Night Football game between the Packers and Seahawks, which had not yet finished as of press time.)

The NFL pushed back the start of late games to 4:25 (EST) this year, but games are going so long that viewers still miss the start of afternoon contests.

A major factor in the stoppages of play — and a theme, which has been beaten to death — is the ineptitude of the replacement referees. (The only thing more frustrating than the refs may be the derivative columns complaining about them.)

They (the refs, not the columns) certainly are slowing the games, but the new replay rule changes are also playing a significant and overlooked role. Instant replay was expanded last season to include all scoring plays. This season all turnovers are automatically reviewed, too.

That means turnovers fests like the Eagles’ 24-23 home victory against the Ravens in Week 2, which included four turnovers in the first half alone, had four additional delays. It resulted in a three hour and 38 minute game, and the stop-and-go feel marred what should’ve been one of the season’s best contests, featuring a plethora of hard hits and big plays.

Similarly, the longest Week 1 game of either season, the Redskins’ 40-32 win against the Saints, lasted three hours and 42 minutes because it had three Saints turnovers and 72 total points, necessitating lengthy clock stoppages after each touchdown, fumble or interception.

Another rule change — new in 2012 — is that both teams receive at least one possession in overtime unless a touchdown or safety is scored. The three longest games during the first few weeks of either 2011 or 2012 were the three overtime contests in Week 3 of this season — the Titans’ 44-41 win against the Lions, the Chiefs’ 27-24 win against the Saints and the Jets’ 23-20 win.

With more scoring, replay challenges and overtime possessions, the length of games appears to be escalating, no matter when the Ed Hochulis of the world return.

The huddle. They discuss. They query the “administrator” upstairs.

That entire officiating process, which is enough to make you want to chuck one of your three remotes through the TV, took place during the third quarter of the Week 2 Monday Night Football game. With the Falcons leading the Broncos, 20-7, Falcons QB Matt Ryan scrambled for four yards, but defensive holding was called on Broncos CB Champ Bailey.

The game lagged as the referees met, trying to figure out where to mark the ball after the holding penalty on Bailey.

Another seemingly interminable delay took place during Week 2’s aforementioned Eagles win. With two minutes left in the game and the ball near the Baltimore 1-yard line, Eagles QB Michael Vick went back to pass, and Ravens DT Haloti Ngata sacked him as he released the ball.

The officiating crew looked at each other, hemmed and hawed, ruled Baltimore had recovered a fumble and then finally decided to review the play, which was overturned eventually. The Eagles retained possession and scored the game-deciding touchdown on the next play.

The poor officiating also has affected QB play. Though I personally liked the return to the old school football ways of the 1980s and 1990s, it has been well-documented how the replacement referees neglected to call illegal contact during Week 2.

That gives the defense an edge they haven’t had of late and is a reason why the performances of three record-breaking quarterbacks of a year ago — Aaron Rodgers, Drew Brees and Tom Brady — have slipped from last year.

Of course, there are other reasons for the regression. (Coming off a Super Bowl win, the lockout may have affected the Packers’ cohesiveness less than other teams last year. Rodgers misses WR Greg Jennings. On their interim-interim coach, Brees’ Saints appear rudderless, and Brady’s O-line has struggled in pass protection, though not against the Ravens.)

The constant delays by the officials and replay, however, likely also have hurt those quarterbacks. It disrupts the offense. Isn’t breaking up the quarterback’s rhythm exactly what a good pass rusher is supposed to do? Don’t the constant breaks give defenses, who chase no-huddle offenses all over the field without making substitutions, more time to recover?

Welcome to the 2012 NFL, where the best defense may be the stoppages of the clock.