Believe it or not, the biggest challenges facing the NFL’s 32 teams at the commencement of the offseason tend to come from inside the organization rather than outside.

A lot will be both written and said about free agency and the draft, but little is mentioned regarding the process teams go through when determining which players they like and believe will improve their respective rosters.

One of the hardest aspects for clubs when making personnel decisions during the offseason is getting everyone on the same page. The reason? The scouts and coaches, who are primarily responsible for evaluating players, often times have different points of view due to their respective occupations. That’s because scouts evaluate players year round, while coaches evaluate players seasonally.

But because of the nature of the tasks both departments perform, coaches sometimes feel that they are the authority on the positions they coach. There is some truth to this, but to say they are expert evaluators would be a stretch.

The challenge is to get the evaluation right. It’s not about who’s right, it’s about the organization being right. 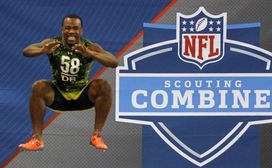 The annual Scouting Combine is one of the biggest offseason events for NFL front offices.

That’s all that matters.

From the scouts’ perspective, they must know exactly what to look for at each position, and that comes with guidance from each position coach. The position coach must articulate what he needs and wants at his position because the scouts are the eyes and ears for the coaches when they are on the road evaluating college players. The scouts are the ones the club entrusts to present the right players that will allow the organization to compete for a championship.

The biggest difference between the scout and coach is that the scout is taught to look at the traits a player possesses and project what he can be now and in the future. The coach is more inclined to look for a finished product. He’s not trained to project what a player can be, as his focus is more geared toward the present. The drawback to this line of thinking is that there are a considerable number of juniors declaring for the draft who are not finished products.

These different outlooks can make it very challenging for those in charge.

I’ve outlined some of the common differences between scouts and coaches. These differences serve as the potential roadblocks clubs can face internally.

1. Scout: “How did the player get from point A to point B from an athletic standpoint?”
Coach: “Is he where he’s supposed to be?”

3. Scout: “How mentality fast does he play, based on his football smarts?”
Coach: “Can he learn the playbook?”

4. Scout: “What type of functional strength and speed does he play with?”
Coach: “How much does he bench press and what’s his 40 time?”

5. Scout: “In time, this player can be one of the better players at his position.”
Coach: “What can he do for us now?”

My rule: If we can’t come to a consensus on a top player, we take him off the draft board. The worst thing you can do as an organization is draft a player high or sign one for big money during free agency and know that someone who is responsible for his success and development is vehemently against the final decision.

I remember one time in Chicago when two of our offensive coaches had a big disagreement regarding a veteran player, yet we went ahead and signed him, overriding one coach in the process. Unfortunately, that was the coach who was assigned to coach that player.

Needless to say, the situation resulted in a bad ending.

I’m not saying everybody has to be in love with the player, but there has to be a positive feeling amongst the entire staff. Drafting isn’t an extension of somebody’s ego. It’s about finding players who fit the coaches’ schemes and the philosophy of the organization.

What the consistently good teams do is identify the type of player they want at each position. They define the traits a player needs to possess as well as the deficiencies they are willing to live with. Ownership has a say in the process as well. They want to be represented by individuals who are not going to be an embarrassment to the club and the city it represents. Those are the major tenets.

I once asked a prominent coach what he wanted in a player at his position. By the time I finished taking all my notes on what he wanted, I said to myself, ‘If we had the first pick in the draft, we may not be able to find what he described to me.’ 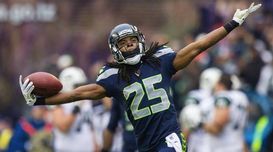 Most teams felt CB Richard Sherman didn't fit what they wanted to do. As a result, Seattle snagged the future All-Pro in the fifth round.

The good coaches know they aren’t going to get the perfect player. So they focus on telling the scouts what a player has to have at his position in order for him to a have a role and a chance to succeed within the scheme.

Scouts are looking for players whose strengths accentuate what the coaches are going to ask of him within their schemes. There are a handful of teams that do this well. They may not necessarily get the best player available, but they get the best player that fits them and that is what’s most important.

Some teams, I’ve found, draft players for one system while playing another. In this case, good players can flounder in some organizations and if they are cut, will go off and flourish in another system.

To ensure we were all on the same page and together, we operated off this format:

1. Meticulous notes on what was said and by who. It’s not about who was right or wrong. It’s about establishing accountability, and the best way to do that is through documentation.

2. Accurately define each player’s profile. What we need and what we can live with.

3. Proper forum for scouts and coaches to talk through each player profile, to ensure everyone is on the same page. Designate certain times of year to do this.

4. An end of the year, follow up meeting to go over how the players performed based on the grade we gave them. Did the player meet expectations? If he didn’t, what was the reason?

Once a player is drafted, certain elements are understood. First, the evaluation process is over and it’s now time for our coaches to get him up to speed. The player is not perfect, so there is work to be done. The good organizations focus of what a player can do and what his role is going to be within the scheme based on his positive traits.

One of the integral aspects to a player’s development is the commitment the club is willing to make. It’s easy to get on the bandwagon when the player looks good right out of the box. But what happens when he doesn’t? An element of any great organization is the patience they demonstrate while developing their new and younger player s.

The real test of an organization is how it handles talented players who aren’t ready to play. This can be the beginning of the end for some organizations, yet the secret code for the success of other organizations.

What happens to struggling organizations is that they tend to over-focus on the now. The reason: The season is ready to start and the franchise needs to win its first game. Once that mindset prevails, player development stops.

The alternate approach is to keep older veterans, who the team wanted to replace with the younger prospects. The vets still can play, but not at the level a team needs to win consistently. Why do they abort the development of the younger player in lieu of the vet? Because the coach trusts the vet. And the reason for that trust is because the vet knows the system.

What eventually happens is that you wind up with an old team that can’t win and costs you more money. The team hits the wall, coaches get fired and you start over. Teams that do this lost the war before the battle even started.

When I was in Tampa serving as the director of player personnel, we had two young players we drafted during the third round. Both started off slowly and were on the verge of being cut and had it not been for a coaching change, both players would have been dumped by the previous staff. The new staff was much more patient and saw the younger players’ potential and strengths and adjusted their scheme accordingly.

The players? That would be Ronde Barber and John Lynch.