All great organizations have a “team first” attitude. That frame of mind begins with the head coach and general manager.

The relationship between the head coach and general manager is a critical one. They set the standard for the football side of the organization. If they fail, it sends a negative vibration felt by all and results in cracks to what is supposed to be the foundation of the organization. People start taking sides, players lose faith and the owner is eventually forced to make a move.

As a general manager, the toughest task I ever faced was hiring a head coach. There are no instructions or rules of conduct. In Chicago, we were fortunate to have one of the longer lasting partnerships in the league. Our philosophies were similar, we saw our roles as caretakers of the franchise and we were able to put our egos aside to get the job done.

What gives the relationship the best chance for success is getting both men getting to their second contract. If the general manager hires the head coach, it’s usually a simple formula. However, when the head coach is hired before the general manager, things are a bit more complicated and the power pecking order can become abstract. In this scenario, the chances of the relationship evolving positively over the long run are little. 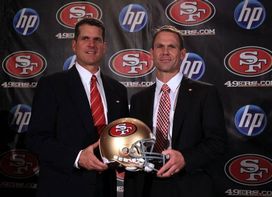 Sure, this may all appear to be common sense, but don’t ever be fooled into thinking that the NFL as a whole uses this approach as the voice of reason.

Unfortunately, even when things are done the right way in the beginning, the chances are still high that the relationship will dissolve at some point in the future. Most of the time a breakdown between the general manager and head coach occurs. But sometimes, the owner intercedes because he wants a new “face” for the franchise. Whatever the case, their union is always on borrowed time.

Here are some of the key reasons for a fractured relationship:

1. The head coach starts winning and wants more say, which is another way of indicating he wants more control. He is the face of the organization and when he makes it known, he puts ownership in a compromising position. Regardless of how the matter is settled, the relationship between the coach and general manager will never be the same.

I found that when head college coaches jumped to the NFL to take a head coaching position, it was hard for them to acclimate to the partnership model with the general manager. It’s simple to understand why. In college, the head coach is the bottom line on everything. He doesn’t share any of his authority with the athletic director like he will be required to do with a general manager. That is just one pitfall when you hire a head college coach.

2. Another challenge the partnership faces is when things are going bad or have gone bad. Now the general manager and head coach transition into survival mode. It’s not an attractive role to employ, but it’s the reality of the situation. Instead of the two coming closer together, they grow apart and the fingers start pointing. I’ve witnessed many good relationships end because of this. If there is five percent bad in a person, losing will bring it out of them over time.

3. More times than not when a head coach and general manager are brought together for the first time in a quick marriage, they haven’t talked, planned or built protocols regarding all the minor issues and decisions. This, ultimately, could have an effect on the alliance.

It may be as simple as:

1. How to cut a player
2. Which people make up the traveling party for away games (i.e. injured players, practice squad players, family and/or friends)
3. The access and freedom assistant coaches have with the media and agents
4. How assistant coaches are used in the college draft and/or free agency
5. How the itinerary is shaped for an away game

There are enough of these smaller points that don’t get flushed out until after the head coach and general manager have begun working together. As a result, they can adversely affect the relationship.

4. One of the biggest pet peeves possessed by both coaches and personnel people is how players are being developed or used within the scheme. This issue is more than capable of finding that “last nerve.” Matters can become personal and emotions start to dictate. It can get heated and adversarial.

Another peeve of coaches and personal people deals with veteran players who have declined in production, but the coaches want to hold onto them. This usually occurs because of the leadership value said players bring to the team. Personnel people aren’t trained to think that way. Both make valid points in this discussion, but it can get contentious.

Once their egos take hold, it’s no longer about being right, it’s about who’s right. And any time it’s about “who is right” as opposed to “getting it right,” it’s the beginning of the end.

The partnership can only work if there is mutual respect, open communication and trust. That’s not a given, regardless of how the head coach and general manager came together. That trust often takes time to mature, but sometimes it doesn’t happen at all. At that point, it’s no longer about the team.