When NFL clubs set their game plans, they study the last four tapes of the opposition. That’s how they chart tendencies, set their play cards for practice and begin to breakdown personnel, formations, etc. However, when you matchup with a divisional opponent for the second time in a season, that first game tape in valuable to seeing how they scripted the call sheet on both side of the ball.

Take the 49ers-Seahawks matchup back in Week 7. What is on the tape that can prep a player for the game tomorrow night in Seattle? Is there a certain formation, alignment or even a personnel grouping on the field that can give you a quick pre-snap key to go make a play?

Using that tape, here is an example of how the Seahawks were in position to pick up an explosive play in Week 7. Let’s take a look at the All-22 cut-ups and focus on what the Niners’ defense can look for tomorrow night. 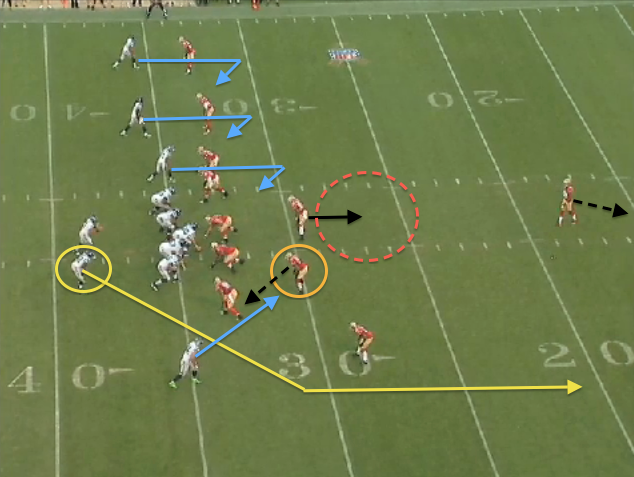 With the Seahawks in a “Dakota” alignment (TE removed as backside X receiver), the 49ers walk SS Donte Whitner down in coverage (Cover 1). However, look at the split of the TE and the alignment of the RB. With the TE in a reduced or nasty split (close to the core of the formation) and the RB in a “chowed” alignment (outside leg of the tackle), this should be an automatic alert to the Rail route (similar to a Wheel concept) and a possible “pick” situation. Remember, DBs and LBs have to recognize the pre-snap splits of the receivers. 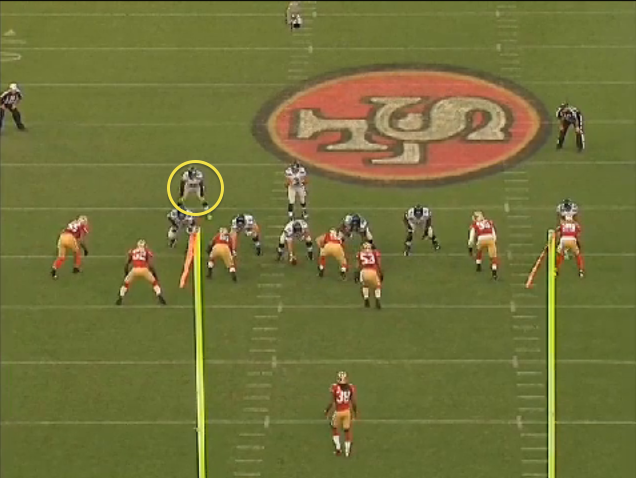 Here is a look at Robert Turbin’s alignment in the backfield. Anytime you see a RB aligned behind the tackle, expect him to release into the route scheme. The Seahawks are setting up the “pick” route. Get the RB quick to the edge on the Rail concept and release the TE inside to chip LB Patrick Willis. 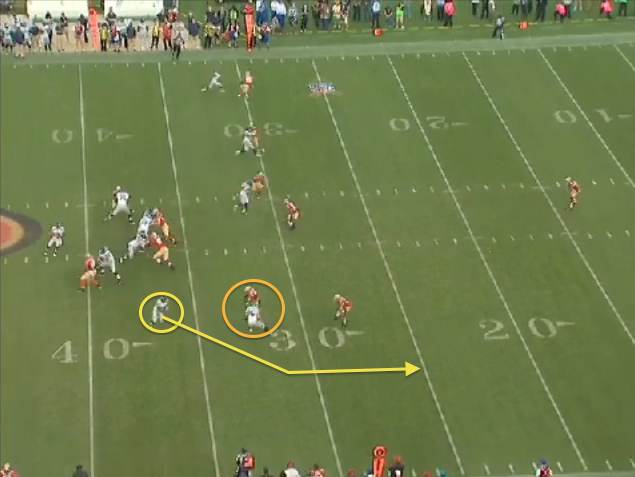 With Whitner in an off-man position, he will slide his feet laterally on the inside release from the TE and top his coverage. However, the Seahawks are going to force Willis to make a decision: cut underneath the TE or “bubble” over the top. Either way, Seattle has created a deep ball opportunity by using the “pick” concept to get Turbin up the sidelines. 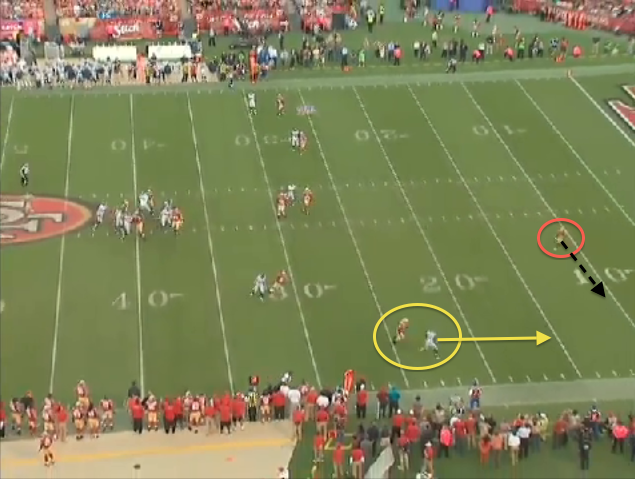 Because San Francisco is playing Cover 1 (single high safety defense), Turbin can stem this route outside of the numbers. That’s a lot of ground for FS Dashon Goldson to cover from the deep middle of the field. And with Willis now stuck in a trail position, QB Russell Wilson can target the RB down the sidelines. 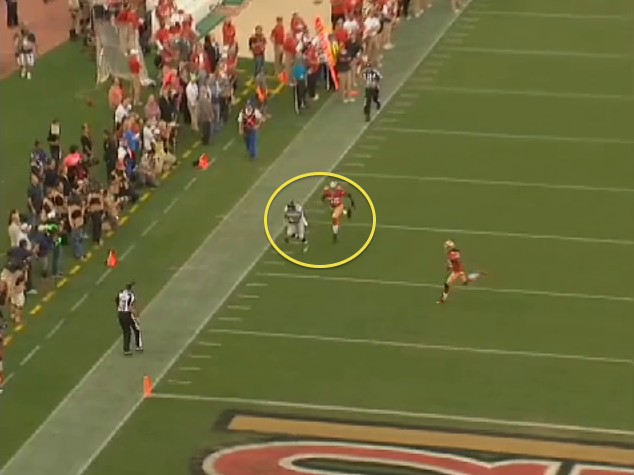 The Seahawks didn’t finish this play because of the drop by Turbin, but the scheme was solid. They had the perfect route called to target Cover 1 and create an opportunity down the field.

Will the Seahawks come back to this route?

This is what you have to study from the perspective of the 49ers. NFL offenses will come back to the same route scheme and use window dressing to disguise it (flip the formation, use different personnel, etc.). There are always ways to dress up a route concept you have already shown on tape. However, the pre-snap keys won’t change (reduced split, chowed alignment, field position). Let’s see if the Seahawks come back to this route tomorrow night and if the 49ers are ready to defend it.