All-22: Can Ravens disguise pressure vs. 49ers?

With two weeks to prep for the 49ers and QB Colin Kaepernick, the Ravens’ defense will install some new schemes for Sunday’s matchup in Super Bowl XLVII. But after watching tape from the post-season, Jim Harbaugh's offense should expect to see multiple pre-snap looks that are scripted to create confusion in the protection count and force the 3-step hot reads.

Using the All-22 tape, let’s break down three examples of how the Ravens are disguising their pressure schemes. 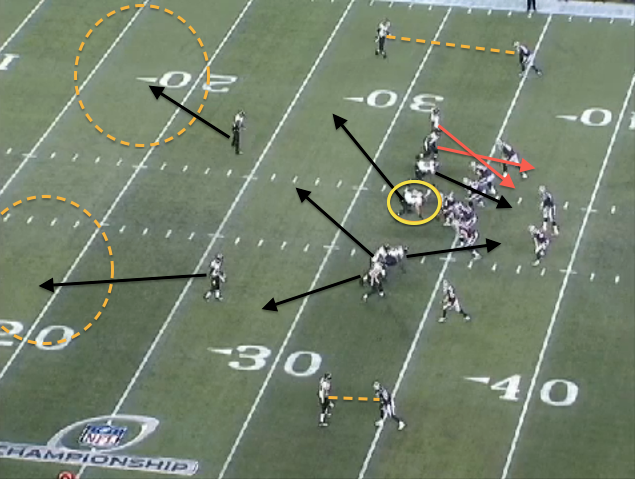 The Ravens are showing Cover 1 (man-free) pressure with FS Ed Reed in a single high alignment and SS Bernard Pollard walked down over the TE to the closed side of the formation. With both the Will (Paul Kruger) and Mike (Ray Lewis) aligned to the open side, the Ravens want to show overload pressure. However, this is only a 4-man pressure scheme (Pollard and the Sam Backer blitzing to the closed side) with the protection of a 2-deep shell (nickel works to open side deep half). Underneath, the Ravens will roll both Krueger and Lewis with Nose Tackle Haloti Ngata dropping to the closed side seam-hook. 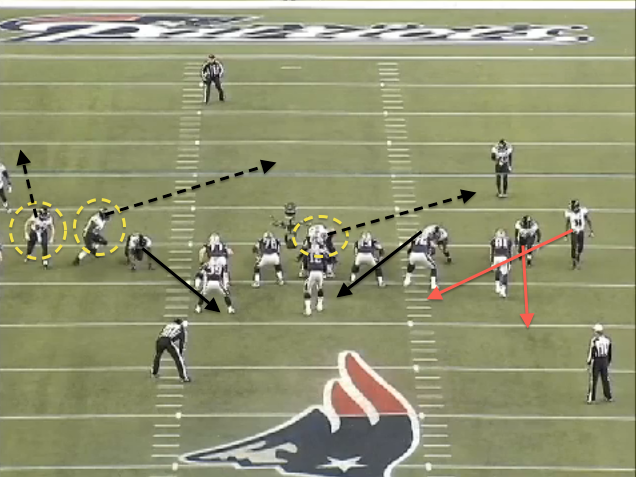 Here is a look at the end zone angle of the Ravens’ pre-snap alignment. Pollard will allow the Sam Backer to clear on a vertical rush path and hit the closed side C gap with the underneath defenders dropping into coverage. 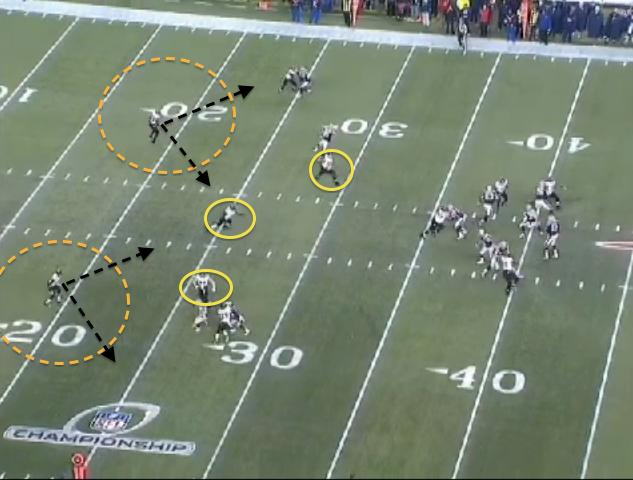 2-deep over the top with the three underneath defenders playing the two seam-hook drops (Kruger, Ngata) and the middle hook (Lewis). That leaves the CBs to jam and run with the No.1 WRs. A 4-man pressure scheme that plays out like a zone blitz concept. 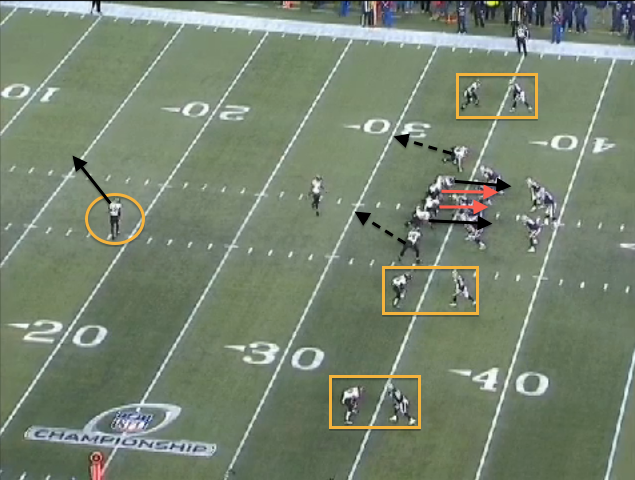 The Ravens are showing double A gap pressure (ILBs) at the line of scrimmage with Reed in a single high alignment. However, Baltimore is going to drop both OLBs (Kruger, Suggs) at the snap. Play Cover 1 in the secondary (Pollard matches up to Aaron Hernandez) and expect to see the 3-step game.

Again, only a 4-Man blitz from Baltimore. Show a 6-Man pressure scheme at the line and drop the OLBs into the underneath throwing lanes. The idea is to try and steal one by setting a trap for the QB.

The Ravens want to impact the throw from Brady with Kruger dropping underneath the slant to the open side of the formation. The CB will drive on the route from an outside leverage position with Reed coming downhill on the throw. 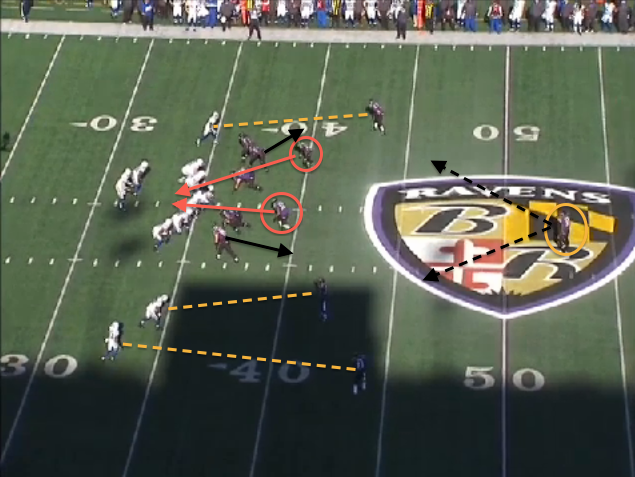 Same idea as the pressure we just looked at with Reed walking down to hit the open side A gap and Lewis blitzing the closed side B gap. Again, drop both Suggs and Kruger vs. the 3-step game, “add” another backer to the blitz front (rush to coverage) and play Cover 1 in the secondary. 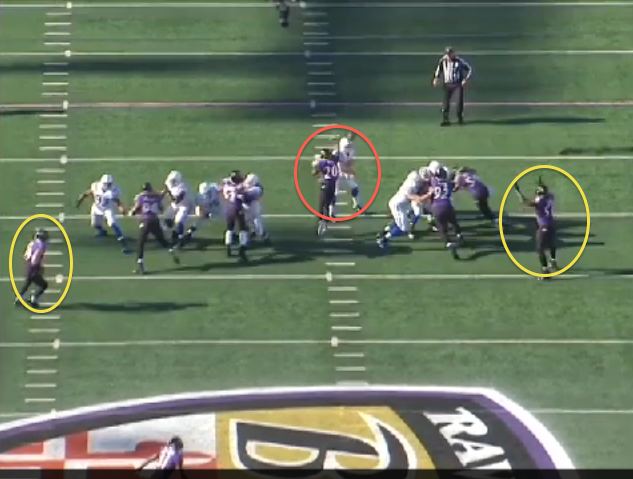 This is a fee run at QB Andrew Luck. Because the Ravens are showing a 4-Man overload look to the open side, the Colts push the protection. And that allows Reed to come untouched through the A gap with Suggs dropping right into the throwing lane.

Sideline view of Reed arriving at the QB, Suggs underneath the slant and the CB driving on the route. That’s good football.

What did we learn?

You don’t have to bring 6-Man or even 7-Man pressure to force the ball to come out. By giving the QB multiple looks at the line of scrimmage, the Ravens can disguise their blitz fronts, drop into coverage and still play for the quick passing game in 3rd down situations.