All-22: How 49ers use 'waste motion' to create matchups

I wanted to take a quick look at one way the 49ers create matchups in the passing game using “waste motion” to target the deep 7 (corner) route. A concept/formation that has shown up all season on the 49ers’ tape with their Regular personnel (2WR-1TE-2RB) in the game. Widen the defense (both zone and man schemes) and get the matchup of TE Vernon Davis vs. a LB or SS in coverage on an outside breaking route. 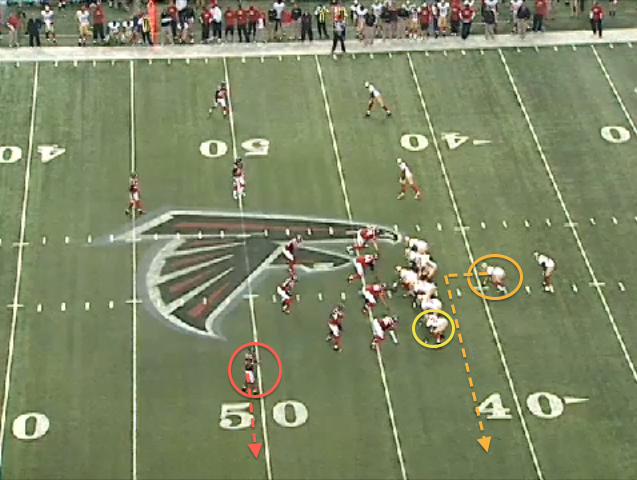 What is “waste motion?” Offenses will motion the F/H-Back from a 2-back set to a No.1 alignment. The idea is to widen the CB in Cover 1 or Cover 3 (3-deep, 4-under) and work the ball to No.2 vs. a favorable matchup. Remember, the F/H-Back aligned as the new No.1 isn’t getting the ball. His job is to fill up space, remove the CB and allow the QB to target No.2 on the 7 or seam. 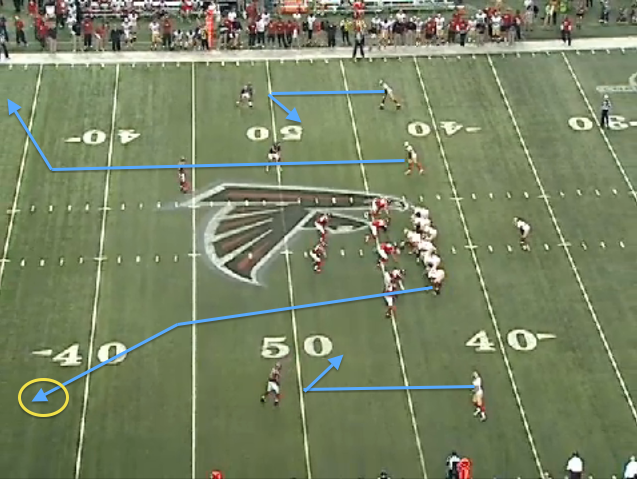 The CB is now removed (Cover 1) and plays over the top of the new No.1 (F). This gives the 49ers the matchup they want: Davis vs. a LB in press-coverage. Win at the line, stem to the outside and push the route vertically up the field. 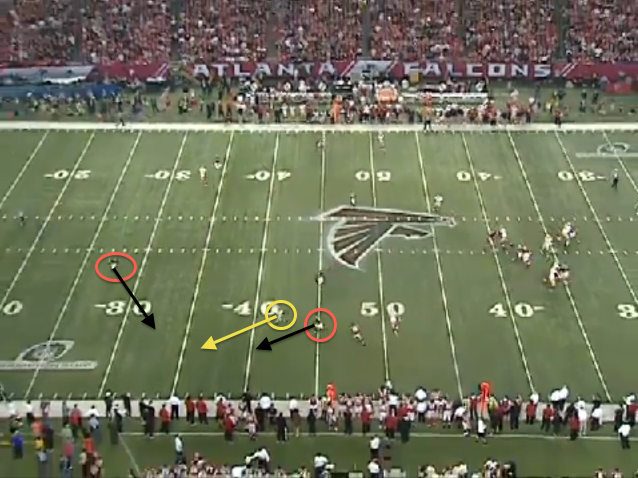 With the LB stuck in a trail position (and the FS working from a deep middle of the field alignment), Davis can break to the 7 route. An easy read for QB Colin Kaepernick to target the 49ers’ TE. 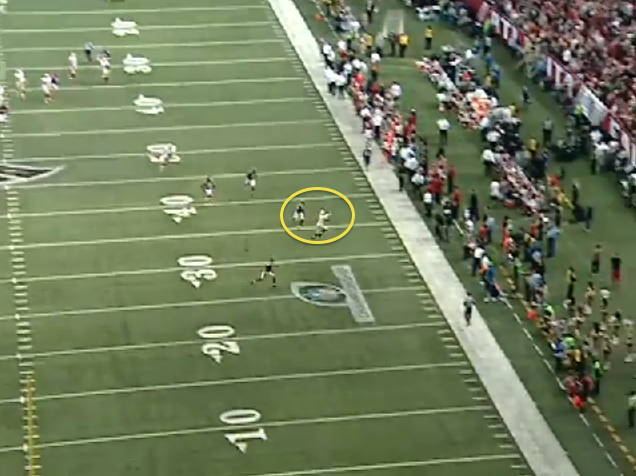 End zone angle of the finish from Davis. A basic scheme (Smash-7) that we see every Sunday in the NFL with some added window dressing of pre-snap “waste motion” to set up the ideal matchup for the 49ers.