All-22: How did Kaepernick target the Packers?

We all know what Colin Kaepernick and the 49ers did to the Packers’ defense on Saturday night running the Read Option scheme. That was smart football from Jim Harbaugh when you break down the call sheet and add in the skill set of the QB. However, let’s not forget about the ability Kaepernick displayed in the passing game vs. the Green Bay secondary.

Using the All-22 cut-ups, let’s take a look at two big time throws from Kaepernick, talk route concepts and get into some coaching points... 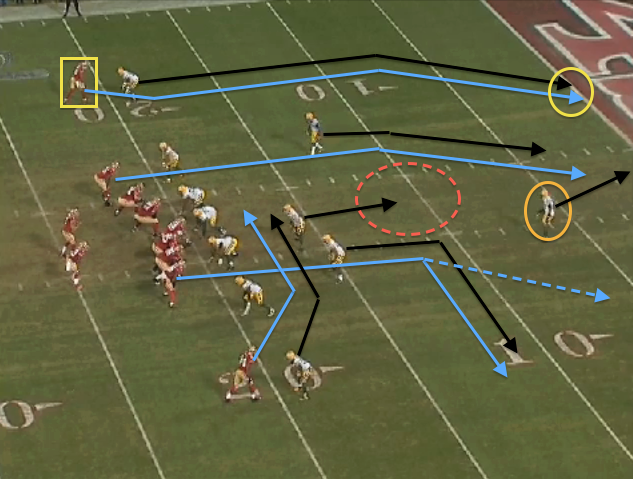 The idea with the Double Post vs. Cover 1 (will also see the route vs. Cover 4 teams) is to put stress on the FS in the middle of the field. By running two inside verticals, the 49ers want to hold Charles Woodson between the hashes and target Michael Crabtree on the skinny post. Stem No.2 (TE Vernon Davis) directly at the FS and work No.1 (Crabtree) vs. a CB playing with an outside shade (Cover 1 technique). 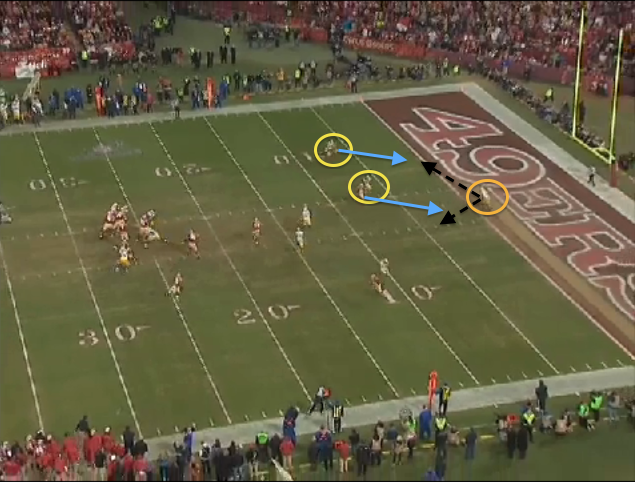 Tough spot for Woodson. Even though the FS has enough depth to create downhill angles to the football (drive to No.1 or No.2), Davis' route is going to hold Woodson in the middle of the field. That creates an open throwing window for Kaepernick to target Crabtree—and this ball is out before the WR even breaks to the post. 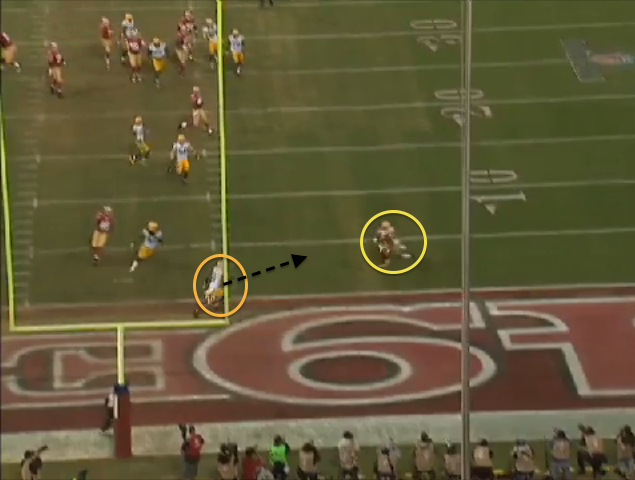 Sam Shields defends the post exactly how it is coached up at the pro level. The Packers’ CB plays through the release, stays “in-phase” (on the hip of the WR), maintains his leverage and drives to the up field shoulder. However, the throw beats him here. Kaepernick puts the ball to the inside (away from the defender’s leverage). Great throw, great catch. 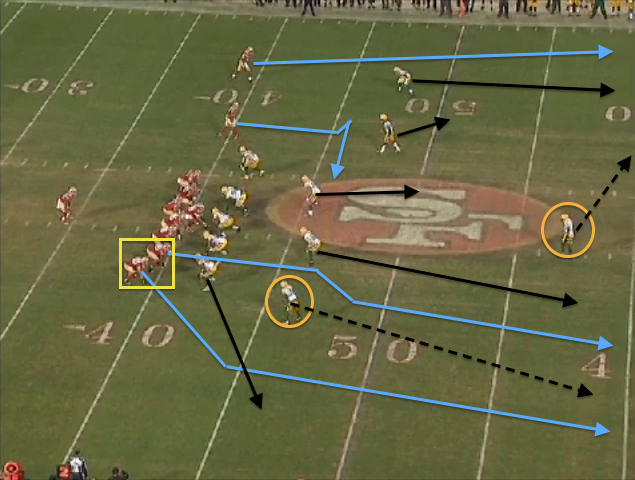 Same route concept we saw from the 49ers vs. the Patriots. With Randy Moss aligned as the No.1 WR to the open (weak) side of the formation (deep ball speed), Kaepernick will move the FS out of the middle of the field and force CB Tramon Williams to play two verticals. That’s not easy to split both routes when you are playing an outside 1/3 zone technique (back to the sideline). 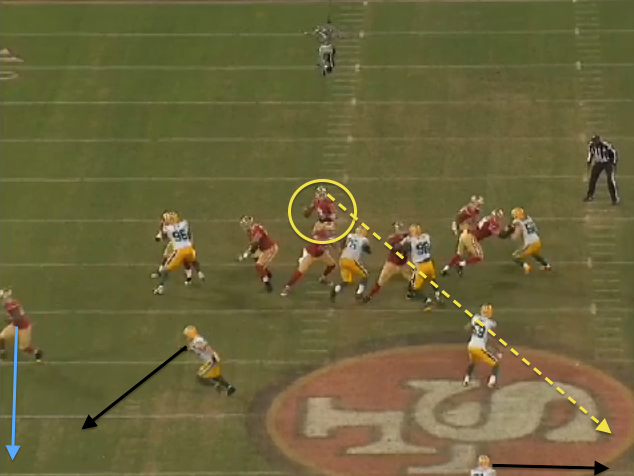 I wanted to show you the end zone view of Kaepernick in the pocket because of the pump-fake. That’s all it takes to move Woodson when you have the threat of Moss on the 9 (fade) route. The QB puts his eyes on No.1 and then comes back to target Vernon Davis down the seam.

With the FS now removed from the middle of the field, Kaepernick can target the inside vertical. The Packers have A.J. Hawk carry No.2 (Davis), but that puts the LB in a trail position vs. speed. And because Williams doesn't get enough depth (needs to overlap both verticals), this turns into a footrace for Hawk. 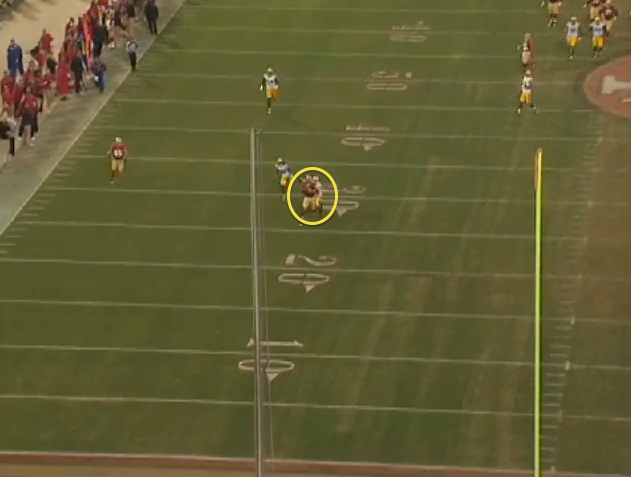 This is called a “bucket throw” from Kaepernick. With Hawk playing underneath and low to the inside hip, the QB drops this ball on the up field shoulder. Heck of a throw down the field on a vertical concept.