Let’s take a look at tonight’s Bears-Vikings matchup. Five things that we need to watch for leading up to kickoff at TCF Bank Stadium on the campus of the University of Minnesota.

1. The Bears’ Cover 2: From the Vikings’ perspective, you want to challenge the top of the Bears’ defensive scheme. Run two vertical routes designed to pull the safety off of his landmark (top of the numbers) and hit the 9 (fade) route down the sideline. It is the same route concept that the Bears saw at the end of the first half vs. the Patriots and in their first meeting vs. the Vikings in Chicago—which resulted in a Percy Harvin TD. I broke down this route concept in the Chicago Tribune, and although it looks simple, it can put a ton of stress of the Bears’ secondary if the technique isn’t played right. Lovie Smith’s defense needs to avoid an early big play from this Vikings offense and force the ball to go underneath. 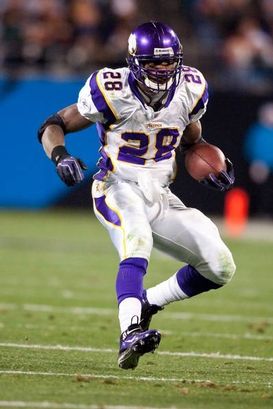 2. The Vikings’ running game: Come to the stadium with a game plan that features Adrian Peterson and Toby Gerhart. Go back to the tape from the Bears’ loss to New England—because that defensive front seven struggled to get off of blocks and stay in their gaps. Run the two-back power schemes and take advantage of the cut back lanes vs. a defense that will over pursue to the football. Bottom line: the Vikings need to lead with the running game—and take their shots in the vertical passing game once they get near the mid-field stripe.

3. Martz’s game plan: Not the time to get creative. In a divisional game late in the season with a lot of weather expected, Martz needs to show us that balance that allowed the Bears to put that winning streak together. What that means is a constant effort to runt he ball with Matt Forte and the quick, easy reads for QB Jay Cutler. A frozen field doesn’t go well with the 7-step drops (plus 5-man protection schemes) and multiple breaking routes that take time to develop. Keep it simple and use the concepts that produce when the QB gets the football out of his hands to his primary reads.

4. Favre's status: Leave it to the Vikings to create some drama leading up to kickoff. QB Brett Favre has now been upgraded to "questionable" and will throw about two and a half hours before game time. This is standard practice in the NFL, as any player that is on the injury list will work out for the coaches before kickoff out on the field. If Favre does go tonight, he is an obvious upgrade over rookie QB Joe Webb--and gives them more options on third downs and in the red zone. As always with Favre, stay tuned.

5. The field conditions: The turf at TCF Bank Stadium is going to be as issue. There is no way around that. I expect skill players to wear a plastic, molded baseball style cleat (more support on the sole of the foot) and the lineman to wear your basic old school astro-turf shoes (basically a sneaker style shoe). Regardless, footing will be an issue for DBs coming out of their breaks, WRs running routes and lineman coming off of the ball. In these situations, the players have to rely on their basic fundamentals and keep their feet in an athletic position. Not easy when you play on ice.