Let’s go back and discuss Wild Card weekend in the NFL. Time to breakdown the matchups we saw and look at some Xs and Os. Here are three things from each game that you should be talking about—starting with Tebow and the Broncos. 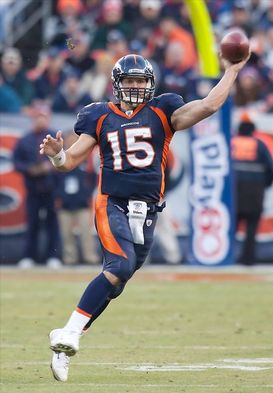 ICONTebow's TD pass to Demaryius Thomas in OT gave the Broncos' a 29-23 win over the Steelers in Denver.

1. Tim Tebow to Demaryius Thomas in OT: This was a great play call from Denver on 1st down to start OT. Get Tebow in the gun, use play action and throw the post. With the Steelers playing an “Inverted Cover 2” (safety rotates down, CB drops to the deep half), Ike Taylor has to stay on top of the post and can’t give up the inside stem from Thomas. That’s base Cover 2 technique. Give some real credit here to the Broncos’ WR for winning to the inside, breaking a tackle and getting this ball in the end zone. An aggressive play call to start OT vs. a CB who had a rough day in coverage.

2. Broncos’ offensive game plan: The Read Option and the 9 (fade) route. We can throw in some play action with the boot game (plus the double move), but the Steelers had issues all afternoon playing man-coverage and defending Tebow on the Read Option. The Broncos’ QB finished with 316-yards passing, 50-yards on the ground and 3 total TDs. I did not expect Tebow to target this Pittsburgh secondary and produce explosive plays throwing the deep ball. Proved me wrong today.

3. Roethlisberger in the second half: We need to talk about the Steelers’ QB. In the first half, Roethlisberger played like an injured QB in the pocket, didn’t step into his throws and made a poor decision vs. Cover 1 “Robber” (safety drops down in the hole) on the Quinton Carter INT. However, that changed in the second half. Roethlisberger (22-40-289-1 TD-1 INT) worked the middle of the field, extended plays with his feet, and brought this team back to send the game to OT on a great throw to Jerricho Cotchery. Played good football when his team needed production from the QB position in the 4th quarter. 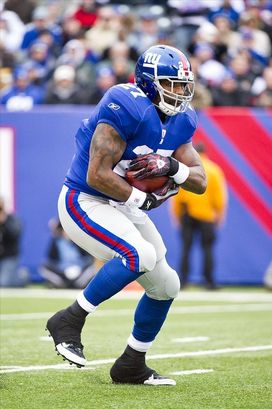 ICONJacobs was part of a balanced offensive game plan as the Giants rolled the Falcons.

1. Giants balance on offense: Solid game plan when you can get numbers on the ground and efficient play from the QB. Brandon Jacobs (14-92) and Ahmad Bradshaw (14-63) were able to work the Atlanta defensive front seven and Eli Manning (23-32-277) produced three TD passes. We can also throw in Mario Manningham on the seam route and Hakeem Nicks on the Smash route (5-yard square-in) that he took for 72-yards after splitting the deep half safeties. Something to be said for having balance to the game plan in post-season football after watching the Giants’ win.

2. Falcons’ 4th down calls: I don’t have any issue with Atlanta head coach Mike Smith electing to go for it (twice) on 4th down today. However, the play calling needs to be discussed. In both situations, the Falcons used added “window dressing” (pre-snap motion, shifts, alignments, etc.) to run a basic QB sneak. When you have Michael Turner in uniform, get him on the field and run a scheme that you installed the first day of camp: Power O, Lead Open, Lead Strong. Bottom line here: if you need a yard in a crucial situation of the game, give the ball to your feature back and run the offense.

3. Giants defense vs. Matt Ryan: Took away the vertical game. We should have expected the Giants’ front four to penetrate in the run game and collapse the pocket on third downs, but I’m still thinking about the secondary play from New York today. TheGiants’ DBs played man-coverage, drove on inside breaking routes and challenged Roddy White and Julio Jones. A secondary that limited the explosive plays and forced Ryan (24-41-199) to take the check down or the underneath concepts. That’s how you play football in the backend.