Breaking down the Collins' interception

The Nick Collins’ Super Bowl XLV interception. From my perspective, the biggest play of the night down in Dallas because it resulted in points and an early lead. Today, let’s taker a closer look at the play, watch the video replay and get into some coaching points that can be applied to the free safety position at all levels of football.

Let’s start with personnel. The base 3-4 defense for Green Bay in the game and Ace (221) personnel (2 WR, 2 TE, 1 RB) on the field for the Steelers aligned in “Unit Slot.” Green Play is playing Cover 1. Align the free safety in the deep middle of the field and walk the strong safety down to play over the top of the tight end. Nothing exotic or creative here—just man-to-man football.

Let’s check out the TV Tape…

The route scheme is very similar to what I call “999.” Three vertical routes designed to test the free safety in the middle of the field. Put him in a position to choose based off of reading the QB. The vertical routes in”999” bend across the field (also used as a Cover 2 beater). In this case, Pittsburgh QB Ben Roethlisberger wants to move Collins out of the middle of the field and target the No.1 WR, Mike Wallace, on the deep fade (9 route) outside of the numbers.

Even with the inside pressure of DT Howard Green that forces the pass to hang in the air, this is still a play I think that Collins makes regardless—because he never has to come out of the single-high safety look.

1. Playing the QB pump: If you want to move the free safety and target a route outside of the numbers, you have to impact his break as a QB. The top concept offenses run in this situation is the “pump-seam.” Run No. 2 on an inside vertical concept and pump to No. 1 on the outside. Move the free safety from the middle of the field and come back to the seam route. What we saw in Dallas was just the opposite. Roethlisberger pumps and throws to No.1 without ever taking his eyes off of the primary read. Going back, the right play was to pump to Wallace and come back to the No.2 WR, Hines Ward, breaking back across the middle of the field. 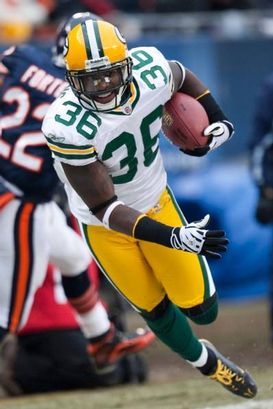 2. When to break: When the QB pumps to No.1 and keeps his eyes outside of the numbers (very similar to a double-move) there is no need to stay in the middle of the field. Once you see the pump, come out of your break and work to No.1. Think of it this way: it is a free pass to play centerfield and go track the flight of the ball. If you are late as a free safety getting to No.1 on the pump, then you aren’t reading the QB. Take advantage of the opportunity when the QB shows you where he is going with the ball—and go make the play.

3. Depth/angle: Have to start with depth. Best way to coach a free safety in Cover 1 is to keep it simple: play “deep as the deepest.” Why? Because of the angles you take to the receiver. You want to drive on the ball with a 45-degree angle. Too often we see free safeties that don’t over the top of No.1 because they are breaking with a parallel (or flat) angle to the line of scrimmage. That is a sign of not playing with enough depth. Align deeper if you have to, but make sure you break at an angle that allows you to play top down on the ball. In this case on an underthrown pass, it is much easier to track the ball when you have the proper depth in the middle of the field.

4. Pick-6: Let’s talk about the return. If you want to coach defensive football and teach turnovers, then you better talk about where to take the ball. Every place I have been—from high school to the NFL—taught to return the ball “up the numbers.” We will see DBs try to score by bringing the ball up the sideline. That’s a bad call as it gives the offensive another defender by using the boundary. Make the play and then get to the numbers—because that is where your blockers are going to be. It gives you “two-way” go on the offense and we have to remembers that they don’t practice the art of tackling. Turn into a running back and take that ball to the end zone. Just like we saw from Collins on the NFL’s biggest stage.