Now that wide receiver Terrell Owens has a new home in Cincinnati, let’s really look at what he brings to the table for the Bengals. Forget contracts or forecasted drama—let’s talk football today.

The Bengals will find a way to get Owens in matchups that he can win. No other reason to bring him in at this point of the summer. They see him as a player that can add value to their roster and their offensive game plan. 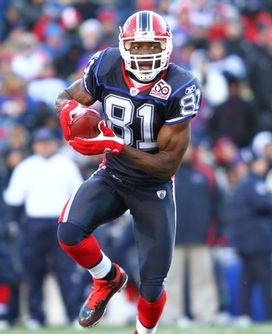 ICONT.O. isn't a No.1 in Cincy, but he will still have a role in the Bengals' offense.

The Bengals and QB Carson Palmer want to avoid the constant eight-man fronts and combo coverages they saw on Ochocinco in 2010. That was the idea behind drafting TE Jermaine Gresham and adding WR Antonio Bryant, but with T.O. now in the mix; let’s see where he fits as a WR who aligns outside of the numbers.

Owens isn’t going to give the Bengals a 100-reception season—and he isn’t going to stretch the field as much as we think—but he still has value when we discuss what he can do.

The NFP’s Randy Cross mentioned Owens doing the “dirty work” in Cincinnati. What Randy is talking about is the 3-step passing game. Think of the slant, the hitch, the smash, etc. When the Bengals come out in a 3x1 set to the field, expect Owens to align as the “X” receiver (split end) and run the slant. Big body, big hands. Tough for a CB to make a play. In the red zone that translates to the one-step slant and fade. Something the Bengals wanted out of Laveranues Coles, but didn't get in the '09 season.

Basic routes we are talking right now, but still something you need in the playbook to move the ball—especially against pressure defenses that force the QB to make a decision. Something Cincy will see from Pittsburgh and Baltimore.

He can also run the intermediate passing game—the deep 15-yard dig, the comeback, the deep curl—and move the sticks. That is a big role on any offense. Not “No.1” work, but still a role. Plus, Cincy will get creative. With Gresham and possibly Jordan Shipley (a player who could be as a nice option inside of the numbers) on the field, they will align in the bunch and stack sets to get T.O. some clean releases off of the line of scrimmage or use some pre-snap motion to allow him to avoid the jam.

The big play? Owens will get some opportunities in the vertical game, and I would throw at least one per half, but his value to this offense is elsewhere at this point of his career. He is a No.2 or No.3 guy. His role will change, but the idea here is simple for the Bengals: put players on the field that cause issues from a preparation standpoint when we talk about defensive game plans.

Give Palmer options and continue to run the ball—that still sells for a Bengals team that is high on my list.