Now that we are looking at an NFL lockout, let’s focus on the draft here at the NFP. No labor talk—just football. X’s and O’s, schemes, formations, etc. Moving forward, I will be discussing technique, footwork and overall skill sets—using video—to start breaking down these prospects.

Let’s start with safety Tyler Sash. The former Hawkeye is projected as a mid-round pick and can see his draft stock rise with a solid pro day at Iowa on March 21st. Today, let’s go to the TV Tape and break down his INT (and lateral to CB Micah Hyde) vs. Michigan State. A great example of playing Cover 4 (quarters) and recognizing route concepts from the Iowa safety.

Michigan State is in their Posse (311) personnel (3 WR, 1 TE, 1 RB) vs. Iowa’s base 4-3 Under front playing Cover 4 in the secondary. What we will see on the replay is a 7-man protection scheme (3-man route) from the Spartans with the No.1 receiver (Z) running a deep, 15-yard out route off of play action. Let’s check out the replay.

Before we get into the coaching points, focus on the initial run-pass reads from Sash and the angle to the football. The pitch after the interception? That’s just a defense making a play.

1. Read No.2: I played in this scheme at Iowa under defensive coordinator Norm Parker and with Gregg Williams in Washington—an ideal coverage for the SS position. Your first key vs. a 2x2 set (as we see in the replay) is the TE, because that is your run-pass read. Without a vertical release from the TE—plus a “high hat” pass set—Sash can get his eyes to No.1 immediately and read the route stem from the WR. Play underneath any inside breaking route (dig, post) and drive to any outside breaking route (out, comeback). But it all starts with your eyes at the snap. Trust what you see as a safety. 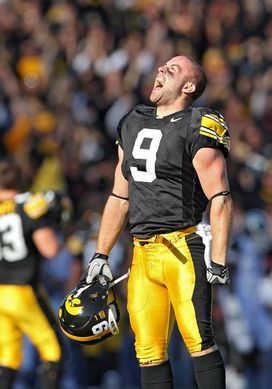 2. WR splits: In the college game we are working with wider hashes—and numbers. Different than what we see on Sundays, but they are still used as landmarks. With the ball on the far hash, the No.1 WR to the closed (strong) side has a reduced split—inside of the numbers—with a slot formation into the boundary (sideline). What does that tell you as a safety in your pre-snap read? The No.1 WR is creating room from his initial alignment to run an outside breaking route. Add in the straight, vertical stem on his release, and you should expect the out, the comeback or the 9 (fade) route.

3. Angle to the ball: As we talked about above, the SS will drive on any outside breaking route—but the angle is still key. In Cover 4, the CB is going to play over the top of any vertical release by No.1. That gives you cushion as a SS to read through the break of the route (every route breaks between 12-15 yards), taking an angle to the inside hip of the WR. Sash had 13 interceptions (a high number for a safety) in three seasons at Iowa, and this is just another example of him attacking the football.

4. Play recognition: I talked to Sash over the weekend, and he told me that film study was the key to making the play. When No.2 (TE) doesn’t release, expect to get the 15-yard out to the field side. This is what the Hawkeyes’ safety saw from the Michigan State game cut-ups in the film room. What happens on Saturday starts with film work throughout the week. Know what to expect before the ball is snapped—and then go make the play.