As we look ahead to Saturday night’s Packers-49ers matchup in the NFC Divisional Playoffs, I want to go back to something I saw on tape from the Week 1 game at Lambeau Field. Jim Harbaugh's club did an excellent job of game planning the Green Bay defense and forcing the secondary to enter the run front vs. the “G-Lead" scheme.

Let’s use the All-22 tape, get into some coaching points and break down a couple of examples of the 2-Back scheme that gave the Packers issues… 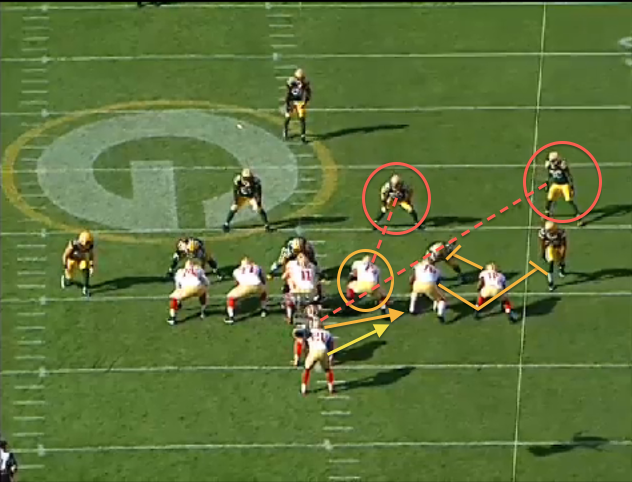 What is the “G-Lead?” Think of the Lead Closed (strong) with the front side guard pulling to block the second level LB. Here, the Niners add a “Fold” technique (TE and RT switch responsibilities) to create angles in the blocking scheme. But the basic run action doesn’t change with the RG on the pull and the FB leading up through the hole. 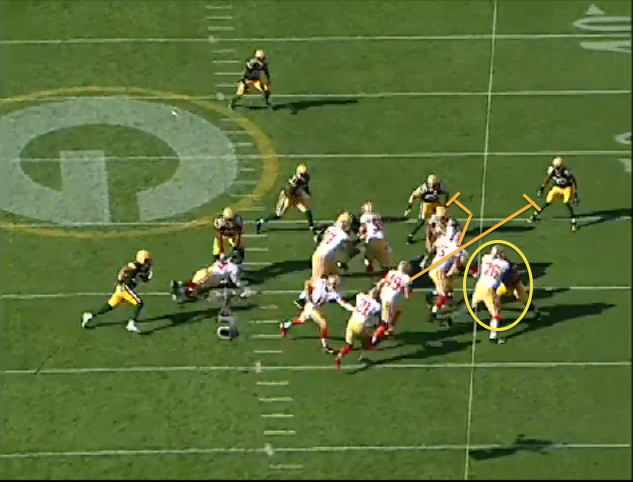 Because the 49ers align in a slot formation, CB Tramon Williams has to set the edge of the run front. As you can see here, the TE blocks down on the 5 technique DE and the RT kicks out the Sam Backer (“Fold”). With the RG now working up to the inside backer, the FB can lead through the hole on Williams. The Packers’ CB has to be much quicker in his run/pass read. When the TE blocks down, Williams should enter the run front and shorten the edge of the defense with a “Hammer” technique (attack outside shoulder of the block and squeeze the hole). However, because Williams is late on his read, the FB can kick out the CB and create an opening running lane for Gore. 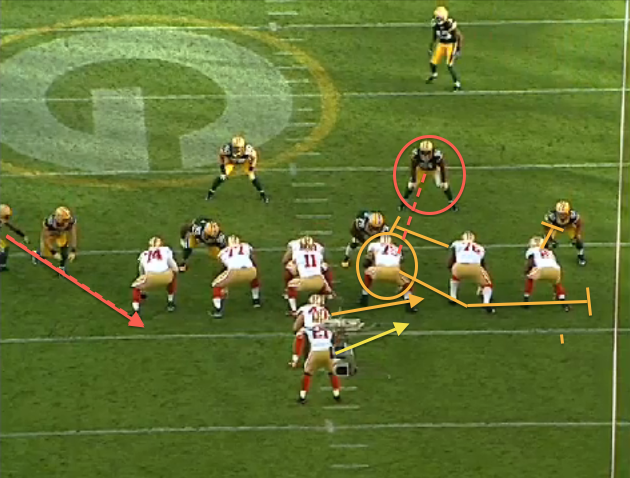 The Packers have their nickel sub package on the field this time and are sending Charles Woodson on an open (weak) side pressure off the slot look. Up front, the Niners run the G-Lead scheme again and target the closed side of the formation. 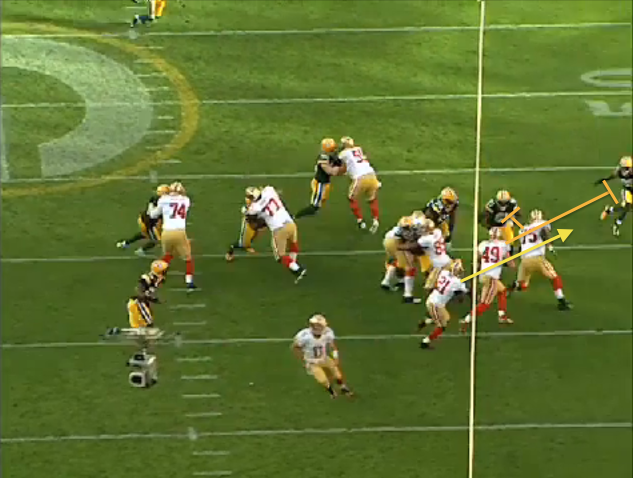 I talk about angles in the pass game and it is no different when you are primary support player vs. the run. With Vernon Davis using a “reach” block on the Sam Backer, and the RG working to the second level, the FB will fit up on Williams. However, because Williams doesn’t take an inside (45-degree) angle to close the edge of the formation (takes a straight downhill angle), the FB has an easy path to kick out the CB and create a lane. 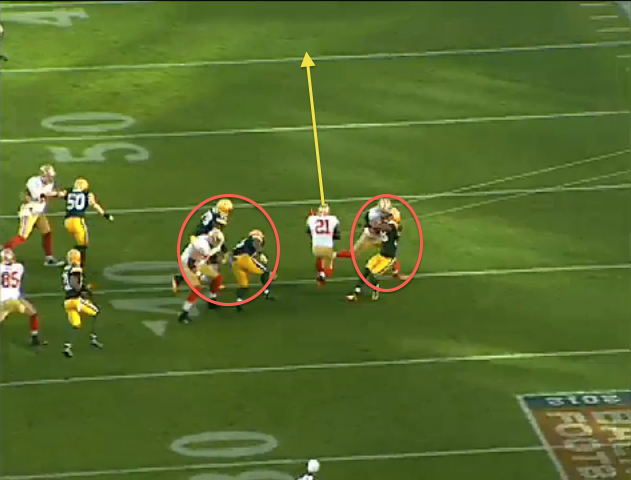 Gore can now square his pads, get up the field and go to work on the FS. An excellent use of formation and scheme from Harbaugh to target the CB and produce in the run game.

Will the game plan change?

These aren’t the same teams that we saw back in Week 1 and the 49ers have more options within the game plan because of Colin Kaepernick at the quarterback position. However, look for Harbaugh’s team to once again use their personnel and formation alignments to create blocking angles in the run game. That’s the key to this offense in San Francisco and the Packers have to prepare for another physcial matchup on Saturday night.