Can Woodson make the transition to safety?

According to reports, there has been talk of the Packers moving CB Charles Woodson to safety in 2012 if Nick Collins doesn’t return from injury. A move I can see based off of Woodson's ability to play from multiple alignmnets in Dom Capers' defensive scheme.

However, this isn’t an easy transition when we break down the idea of a CB playing the middle of the field at the NFL level. And here are three reasons why I believe the position switch can take some time. 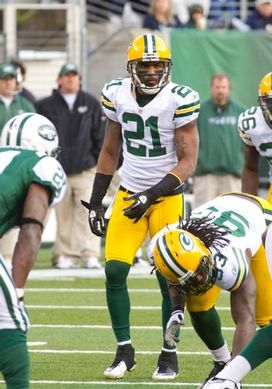 ICONWoodson has the skill set to play the safety position, but the transition isn't easy for CBs in the NFL.

1. Angles to the ball: As a safety, you take inside-out angles to the ball and don’t have the protection of the sideline (or the defensive pursuit) as a CB does. Think of attacking the stretch play in the run game or breaking downhill from a deep middle of the field alignment on the dig (square-in) route. It requires different footwork, reads and target points. You have to train yourself to attack the inside shoulder in the run game, work off the numbers in the deep half and take a downhill, 45-degree angle vs. the 3-step passing tree. Plus, understand that a poor angle vs. the 9 (fade) route will leave your CB hung out to dry with no help over the top. It takes time to learn this aspect of the safety position when you have been playing outside of the numbers your entire career.

2. Middle of the field range: Don’t think speed here, because everyone in the NFL can run if they play in the secondary. Instead, focus on the ability to read the QB, open your hips and take that deep angle we just talked about to get outside the numbers. CBs that transition to safety have to learn about depth, route concepts, releases of the WR, plus formations and alignments. That is how you develop range as it allows you to break before the ball is thrown based off of what you see. Think of the pre-snap alignment, how the WR stems his initial release and what the QB is telling you with his eyes. This is tough on any CB that wants to play the safety position when they have to learn how to effectively read the QB in the pocket.

3. Run support: Can you read “High-Hat” (pass) vs. “Low-Hat” (run). That is the first key to filling on run support. Safeties have to know the difference between a “hammer” (outside shoulder) and “spill” (inside shoulder) technique when taking on a FB kick out block or an O-lineman pulling through the hole. On top of that, you have to know where each and every player fits in the run game and how it impact your entry point vs. Power O, Counter OF, Lead Strong, Lead Open, etc. In Cover 2, safeties “play the alley” (between core of the formation and the CB) on any edge run and have to tackle in the open field. Much different than defeating a stalk block outside the numbers or filling from a press-alignment in Cover 2.

As I said above, I do think Woodson can play the safety spot in Green Bay’s defensive system or in a Cover 2 scheme if he had to. However, there will still be a transition period early in the 2012 season if this is the move the Packers make. Give it some time and a CB can make the switch, but don’t expect it to happen overnight—because it is a completely different position on the field.