Brandon Carr had the luxury of using Cortland Finnegan’s new deal with the Rams as leverage when the CB signed a 5-year, $50.1 million dollar deal with the Cowboys, according to ESPN. 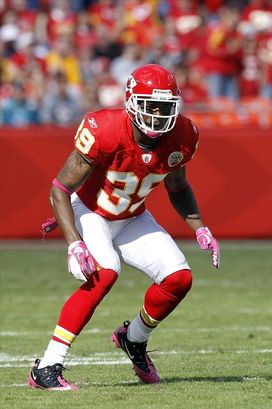 ICONCarr fills a need in the Cowboys secondary in Rob Ryan's defensive scheme.

Breaking this down from a scheme perspective in Rob Ryan’s defense, this fills a major need in the secondary after the club released CB Terence Newman.

As I wrote a couple of weeks back here at the NFP, you can’t win in Ryan’s defense without CBs that can play both press and off-man, drive on the 3-step game and produce in blitz situations. That’s part of the job. Ryan wants to send pressure, use multiple alignments and force the QB to make quick decisions with the football.

Sounds good and looks good on paper. But if you can’t count on your DBs to make plays on the ball, the top tier QBs in the NFL will light up this scheme.

With Carr, the Cowboys get a CB that has man coverage skills and will slide right into a starting role. An upgrade over Newman? No question after watching this Dallas defense last season.

Bottom line here: the Cowboys paid a steep price to land Carr. And when it comes to free agency, we should be accustomed to seeing players overpaid on the market. But outside of investing a first round pick in a CB (which Dallas could still do), this was a necessary move for the Cowboys and their defensive playbook.