With access now to the “All-22” coaches film, I will be breaking down Xs and Os throughout the season to give you a better view of the game.

After watching the Steelers-Broncos matchup on the “All-22” film, there are two route concepts that stand out in the Denver playbook: “Levels” and the “Semi Series” (Seam-Curl, Seam-Out, Seam-Comeback, Seam-Hitch). Today, let’s take a look at the “Levels” concept Peyton Manning and the Broncos ran on Sunday night—because it is the exact same scheme the QB produced with during his time in Indianapolis. 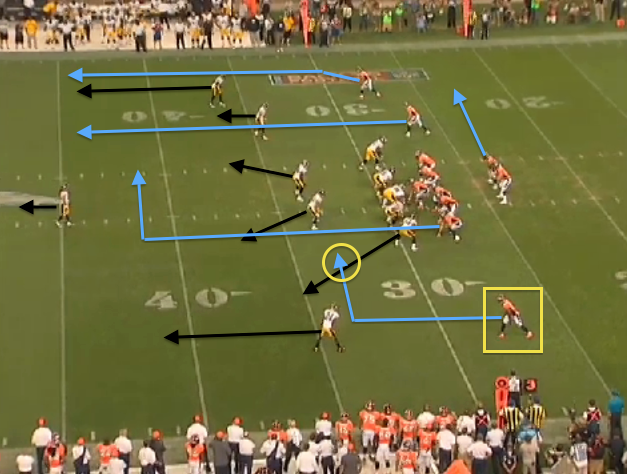 2x2 alignment with the Steelers playing Cover 3 (3-deep, 4-under). The Broncos will run No.1 and No.2 vertical to the open (weak) side of the formation with the and target the “Levels” (Smash-Dig) to the closed (strong) side of the formation. With two “middle hook” defenders in Cover 3 (two Inside backers underneath the dig), Manning will target WR Demaryius Thomas (Z) on the underneath Smash. 3rd and 1 situation vs. a CB playing from an off-position. Get the ball to Thomas and move the sticks. 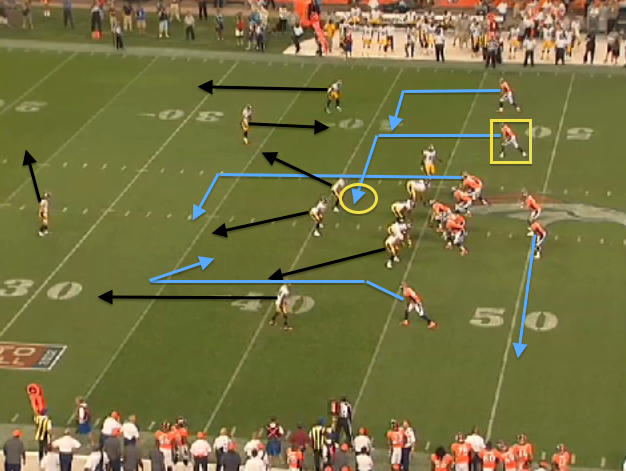 The Broncos have their Ace personnel on the field in this situation in a 3x1 alignment, but we are looking at the same concept with two inside breaking Smash routes (Think Hi-Lo here). To the open side, a top of the numbers split from Thomas with an inside release to run the curl. Manning will read the drop of the inside backers and target TE Jacob Tamme (removed as the No.2 receiver to the closed side of the formation). 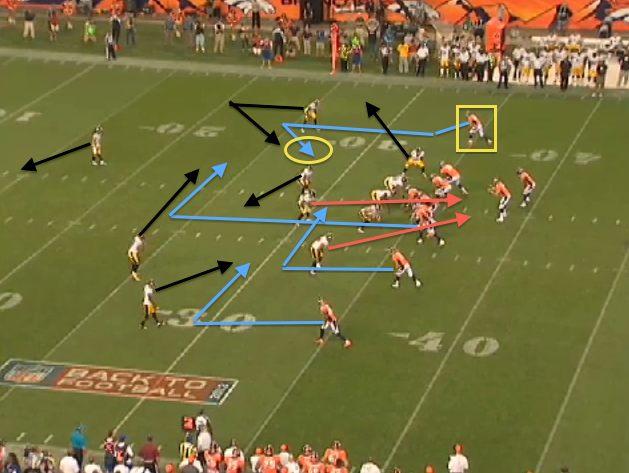 Same exact concept we just looked at above, but the Broncos have flipped the formation and are using Posse personnel to add in some window dressing. The Steelers bring zone pressure here (rush five, drop six) to create a 3-deep, 3-under zone shell in the backend. This time, Manning recognizes pressure and looks to the open side of the formation to target Brandon Stokley (top of the numbers split, inside release) on the curl route. 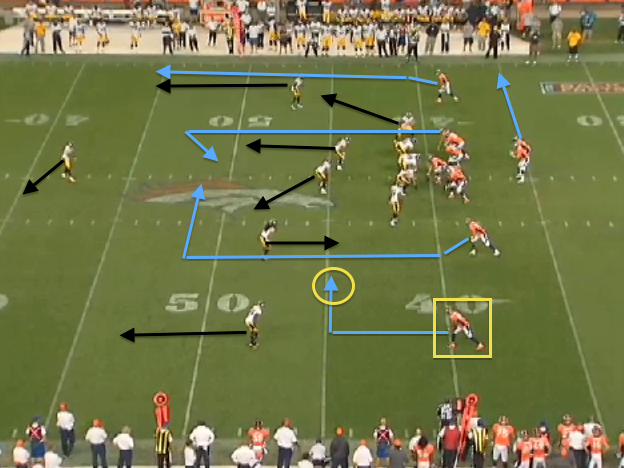 Again, the Broncos are coming back to a concept they ran earlier in the game vs. Cover 3. How do the Steelers adjust? With Ryan Clark out of the lineup, safety Troy Polamalu had been playing the deep middle third of the field. Here, Pittsburgh rolls him down the to the closed side of the formation (base SS alignment) to play the “curl-flat” drop. However, Manning gets the ball out quick to Thomas and the Broncos pick up positive yardage.

Why Cover 3 from Pittsburgh?

Look at the four plays we just broke down: short to intermediate concepts that break back inside of the numbers. On top of that, the Broncos threw only two deep balls the entire game (9 routes). When you play Peyton Manning, you have to defend the short to intermediate route tree--because that's where the ball is going.