During the Texans’ 31-25 win over the Broncos on Sunday, Matt Schaub used boot action to target Andre Johnson down the field for a 60-yard TD. Today, let’s look at the “All-22” coaches film to breakdown the route, coverage and get into some coaching points. 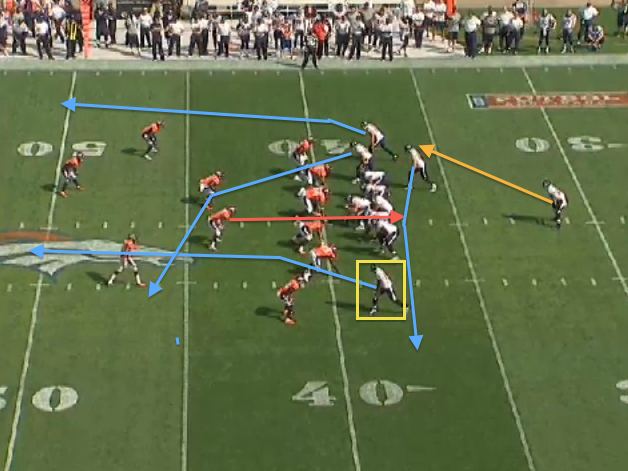 - Before we get into the Xs and Os of the route, check out the field position. 1st and 20 situation (following a penalty) with the ball on or near the 40-yard line. This is prime field position to take a vertical shot.

- WR Splits always tell you a story from a defensive perspective. Look at Johnson to the open (weak) side of the formation. He is in a “reduced” (or “nasty”) split. With the bunch to the closed (strong) side, this is an automatic alert for a boot concept.

- In a “Swap” Boot, the offense will bring a player back under the line of scrimmage to work to the open side flat. With “Ace” personnel on the field, the Texans use closed side run action and roll Schaub weak. 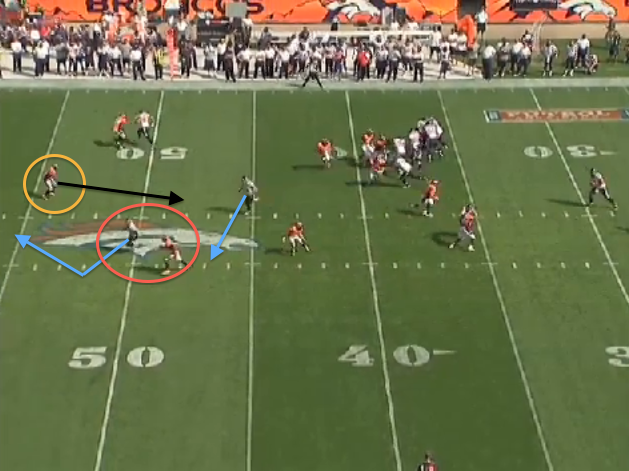 -This is multiple breaking route from Johnson. The WR will take a hard inside release, push up the field, stem to the 7 (create separation vs. the CB playing with an outside shade) and then work back to the 8 (post).

- The technique (and depth) of the FS is crucial. It’s tough when you are a middle of the field defender to stay away from the “bait” underneath (TE on intermediate crossing route). However, with No.1 (Johnson) working up the field, you have to keep your depth and only drive downhill on the throw from the QB. 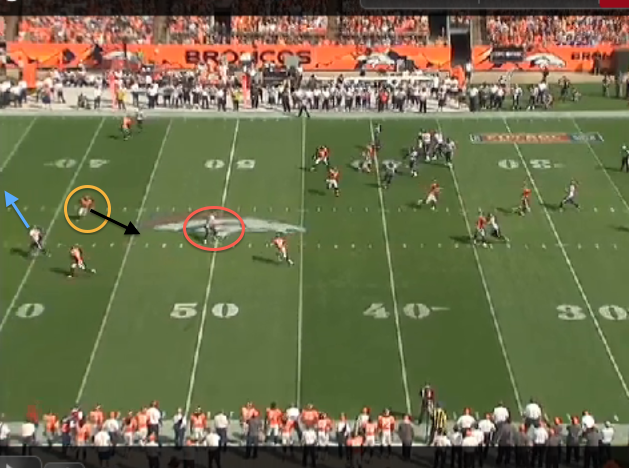 -The open side CB, Tracy Porter, is beat. Because of the stem from Johnson, we now see Porter stuck low and to the outside in a “trail position” vs. a deep inside breaking route (Post).

<p> - Focus on the FS, Mike Adams. If he maintains his depth and uses a “open angle” technique (open hips to the receiver), he can turn and run to match Johnson down the field. However, when Adams breaks downhill to the TE on the underneath crossing route, Porter is hung out to dry. 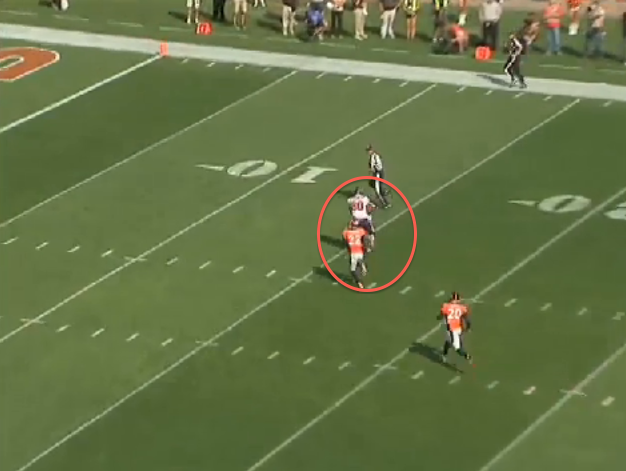 - This is an easy read for Schaub off the boot action. With Adams now removed from the deep middle of the field and Johnson stacking on top of Porter, the Texans’ QB can target the WR on the post. Another example of why the discipline of the FS is key to seeing success in any single high safety defense.