Today, let’s take a look at the “All-22” coaches film to breakdown an example of the Packers’ “2-Man” coverage vs. the Bears that limited QB Jay Cutler in Green Bay’s 23-10 win.

Before we get to the film, here is a quick breakdown of 2-Man: Two-deep shell with the underneath defenders playing a “trail-man” technique (sit low to the inside hip). Given the deep half help over the top, DBs will sit on inside breaking concepts (Dig, Curl, Post) and cut routes that break outside the numbers (Out, Comeback). 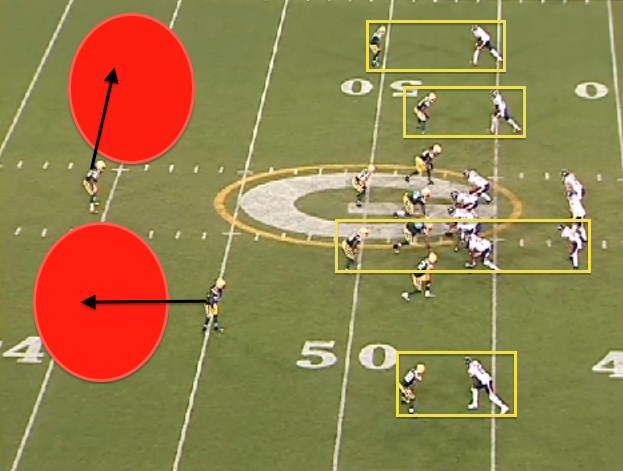 From a pre-snap alignment, the Packers are showing a “single-high” look with the FS walked down to the open (weak) side of the formation and the SS showing in the middle of the field. At the snap, both safeties will roll to the deep half with the underneath defenders (including LB D.J. Smith) in man-coverage (highlighted in yellow). 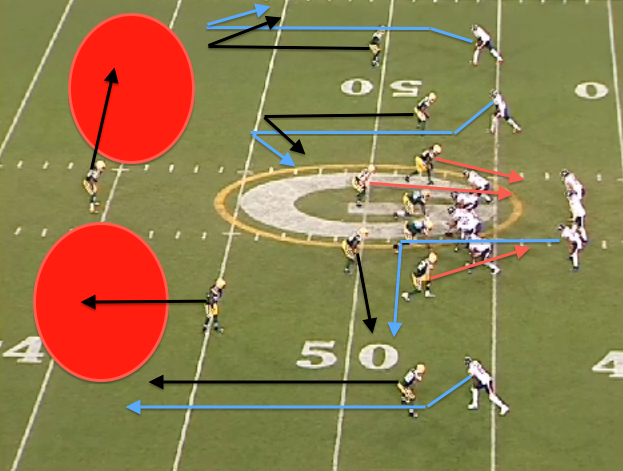 The Bears run the 9 (fade) route to the open side of the formation with Brandon Marshall and work the comeback (Alshon Jeffery) along with the inside curl (Earl Bennett) to the closed (strong) side of the formation. However, look at this form a coverage aspect. The deep half safety the open side erases the 9 route from Marshall. To the closed side, both Sam Shields and Charles Woodson can sit and play aggressively on the Comeback and Curl because of the safety help over the top. Even with RB Matt Forte releasing as a “check down” option there is no where for Cutler to go with the ball. 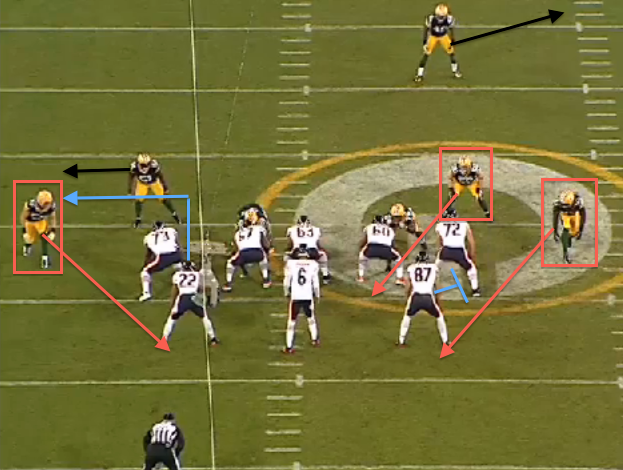 Take a look at the “pressure” from the end zone angle. This is a 4-Man rush from Green Bay. However, when TE Kellen Davis stays in on protection, LB A.J. Hawk will “add” to the blitz. (or “Green Dog” technique). This is a basic rule on any form of man-coverage (Cover 1, Under 10, 2-Man, etc.). When your man blocks, rush to your coverage and add to the blitz front.

We all know Bears LT J’Marcus Webb struggled in protection vs. Clay Matthews and this is just another example. Look at the closed side of the formation. The Bears have created a pocket for Jay Cutler to see the field. However, when there is no where to go with the football (plus Webb giving up the edge to Matthews), this becomes a negative play. Eliminate the route scheme and allow your edge rushers to get home.

Click here to play the NFP/FanDuel fantasy challenge and enter to win $1,000.