How do you beat Cover 2 in the red zone? Target or occupy the Mike Backer and work the middle of the field. That’s standard around the league when offenses game plan for the 2-Deep shell inside of the 20-yard line. On Sunday during the Packers’ 21-13 win over the Bears here in Chicago, Aaron Rodgers and Green Bay did exactly that by running the “Double Smash-Seam” vs. Lovie Smith’s defense.

Let’s take a look at the All-22 coaches tape, break down the route concept and get into some coaching points on the QB’s TD throw to James Jones. 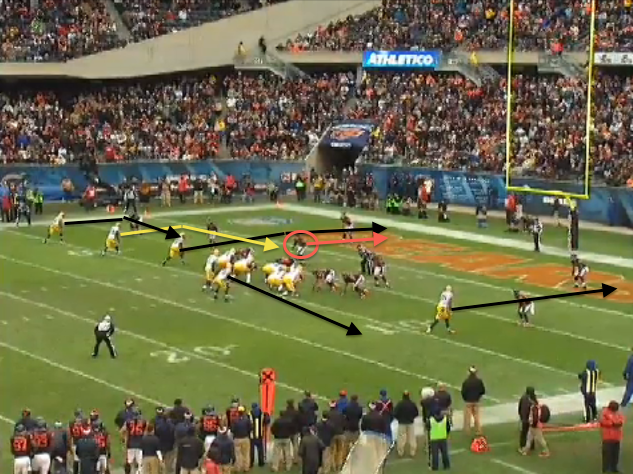 Formation recognition. That’s key from a defensive perspective. The Packers have a “Dakota” look (TE removed as the backside X receiver) with a trips alignment to the closed side of the formation. That means Green Bay has speed at No.3 (Greg Jennings). Why? Put stress on the Mike Backer (Nick Roach) to carry the inside vertical seam. Execute the Double Smash-Seam and force the Mike to run with Jennings on the vertical—leaving the middle of the field vacated. 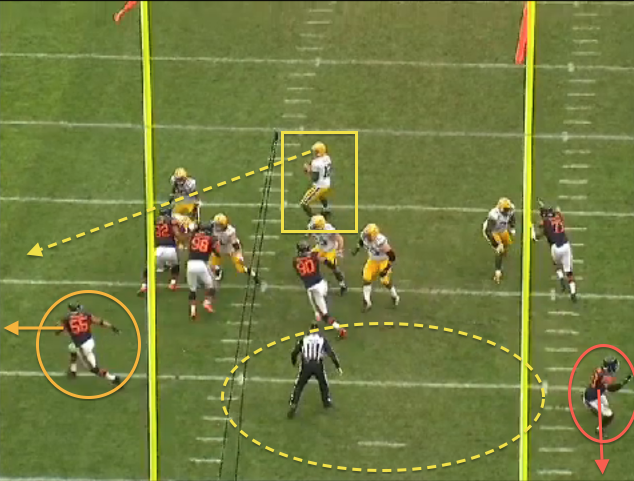 Focus on Rodgers and his initial eye placement. The Will Backer (Lance Briggs) is a “seam-hook” player in Cover 2 (drop between numbers and the hash). He is coached to get to his landmark, square his feet, read the QB and drive on the throw. However, by looking to the open (weak) side of the formation, Rodgers can move Briggs off his landmark and open up the throwing window to target the inside smash route. When game planning vs. Cover 2, you have to account for the Will LB driving to the closed side of the formation. It may seem like a small detail, but this is what you want to see from the QB in this situation. And with the Mike and Will now both removed, Rodgers and Jones have open field to work with. 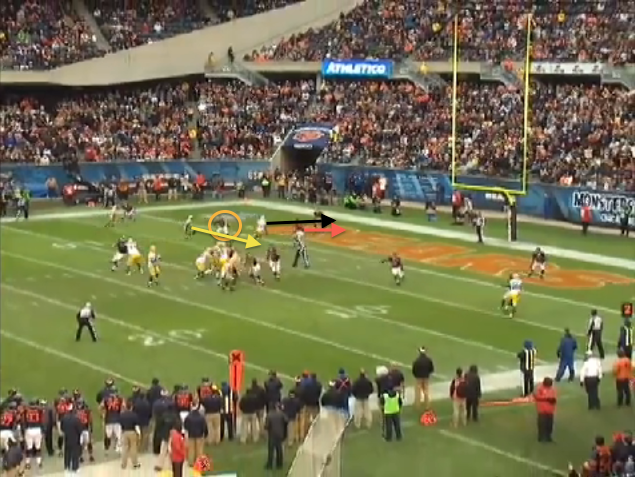 The Packers are essentially creating a one-on-one matchup here: Jones vs. D.J. Moore. Chicago’s Nickel CB has to mirror the release of Jones, slide his feet and not allow the WR to cross his face. However, Moore is late on his route read and gives up the inside path to Jones breaking back inside of the numbers. That's poor technique. 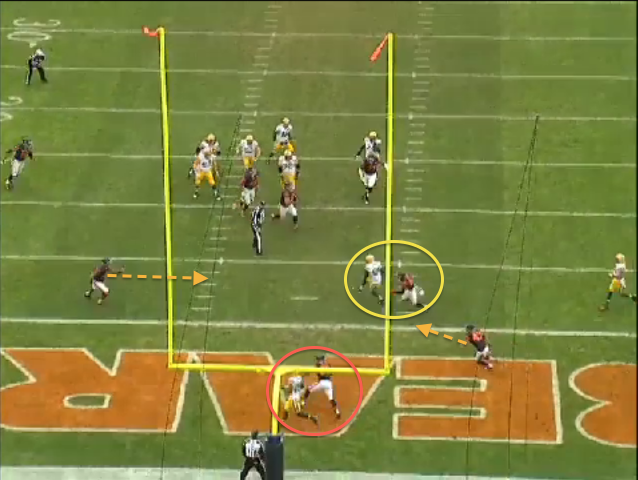 I chose the end zone angle for the finish because we can see how Rodgers and the Packers targeted Cover 2. Occupy the Mike, move the Will and go to work on the Nickel. Remember, this isn’t a complex offensive scheme and it is also one of the top red zone routes in the NFL vs. Cover 2 and Cover 1. However, this is a situation where the Packers executed and exposed the Bears’ underneath coverage.