Let’s talk Ravens-Steelers. Five things that stood out from Pittsburgh’s 31-24 win over Baltimore in the AFC Divisional Playoffs.

1. 3rd and 19 execution: Let’s talk about the biggest play in this football game. Pittsburgh with a 3rd and 19 situation late in the 4th quarter. What do you call from a defensive perspective? Play Cover 2—the same thing we saw from the Ravens. In the replay, it looks like a 3-deep coverage due to the fact that MLB Ray Lewis is already aligned at a deeper depth at the snap of the ball. The right call to stop the eventual Ben Roethlisberger 58-yard pass to WR Antonio Brown. But, in Cover 2, the safety has to stay on top of the route schemes. Allow the CB to carry No.1 down the field, but play with enough depth to force the ball to go underneath. The issue? Ravens’ FS Dawan Landry doesn’t turn his hips and can’t get over the top of the basic 9 (fade) route. No excuse to give up that play with Cover 2 called in the huddle—and that will sit with the Ravens all offseason as it leads to the game winning score. 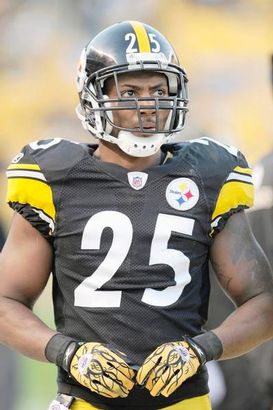 2. Ryan Clark’s production: Forced two key turnovers. The first, punching through the ball during a tackle on Ray Rice that led to points. The second, a great example of route and formation recognition. The Ravens came out in Tank personnel (1 WR, 2 TE, 2 RB) and run the deep 7 (flag) route. Clark came from the middle of the field, showed great range and overlapped the top of the route. Can’t ask for more from your free safety in that situation—or in a divisional playoff game. Clark came to play today.

3. Boldin is a no-show: Something I can’t understand from a game plan perspective. Outside of the drop in the end zone on the quick option route, Boldin had zero impact on this ball game. Work him inside of the numbers, use pre-snap motion, bunch looks, etc—but get him the ball. Even with Todd Heap in the lineup, Boldin should be a top target on 3rd downs and vs. pressure teams that will play man-coverage in the backend. Tough to beat Pittsburgh on the road when you don’t have the ball in your play maker’s hands.

4. The Steelers’ defensive front: Dominated at the point of attack. I liked the matchup of the Ravens’ O-Line coming into today’s game, but when you can’t run the ball—or protect the quarterback—it is tough to execute a simple, basic game plan. Outside of the Lead Draw that Rice ran in for a 14-yard TD, this Pittsburgh front seven controlled the line of scrimmage, used stunts to get to QB Joe Flacco (16-30-125-1 TD- 1 INT) and suffocated this Baltimore defense in the 2nd half.

5. X’s and O’s—the Heap TD: The “rub” route (“pick play”) will show up in the red zone vs. pressure teams because of the coverage aspects. Run a standard slant-flat combo. With Heap removed for the formation as the No.2 receiver, he will automatically get a free release to the flat because of the release of No.1—hard and to the inside. Now, the inside defender has to run over the top of the slant route to get to No.2 in the flat. Easy catch, easy throw when you see man coverage before the snap of the ball.

Check back to the NFP tonight for my Packers-Falcons game notes following the NFC Divisional playoffs.