Let’s go back and hand out some game balls from the Week 14 Sunday schedule in the NFL. Five players that stood out from my perspective. 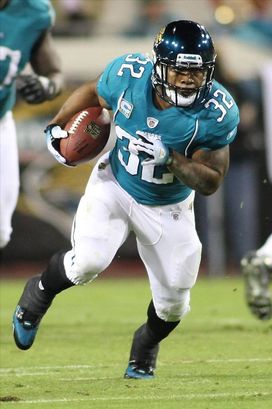 ICONJones-Drew had 4 total TDs in the Jags 41-17 win over the Bucs.

Maurice Jones-Drew, Jaguars: The Jacksonville RB scored 4 TDs and posted 136 total yards (77 rushing, 51 receiving) as the Jags beat up on the Bucs 41-17. A sign of a true veteran that continues to produce at a high level when the Jags are just playing out the schedule in December.

Eli Manning, Giants: Another fourth quarter comeback from the Giants’ QB in a game that gives New York control of the NFC East with three weeks left on the schedule. Manning throws for 400-yards and 2 TD as the Giants beat the Cowboys 37-34 on the road.

T.J. Yates, Texans: The rookie QB deserves some hype after taking the Texans' offense down the field in the final two-minutes and throwing a TD to win on the road vs. the Bengals. Yates posted 300-yards for the 10-3 Texans and answered some questions about his ability to handle a crucial game situation in a playoff push.

<p> Rob Gronkowski, Patriots: Gronkowski breaks the single season TD record at the TE position and also chips in 160-yards receiving (on six receptions) as the Pats win 34-27 down in D.C. And as I wrote in my game notes, if you are going to play man coverage vs. Gronkowski inside of the red zone, it is a matchup Tom Brady and the Patriots are going to win.

Matt Ryan, Falcons: I thought about putting Drew Brees in here after his 4th quarter production vs. the Titans, but Ryan’s 4 TD passes in the comeback win over the Panthers makes the list. The QB tosses three TDs in the second half after Atlanta trailed 23-7 in a game they had to get to stay in the Wild Card hunt.