How did Rivers target the Steelers 'Zero-Pressure?'

QB Philip Rivers threw three TD passes in the Chargers 34-24 win over the Steelers this past Sunday in Pittsburgh. The first TD came on the double-move (Stutter-Go) vs. Cover 3 (3-deep, 4-under) with two more vs. Cover 0 or “Zero Pressure” (man coverage with no safety help).

Let’s go to the All-22 tape and focus on the Steelers pressure defense, break down the route schemes and talk some technique in the secondary.

- Posse personnel on the field in a Doubles formation with the Chargers using short, divide motion to bring WR Malcolm Floyd into the core (create room to run the “Whip” route). Off of quick play action Rivers will target Floyd as his primary read to the closed (strong) side of the formation.

- In Cover 0, DBs are taught to play with an inside shade to take away the slant or any inside breaking “hot” read. Use the sideline as your help and play for the ball to come out. And technique is the key. 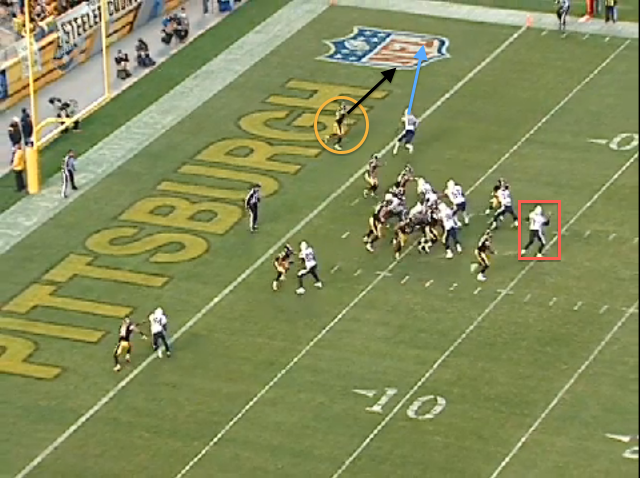 - Floyd is matched up vs. Kennan Lewis. The Steelers CB plays the proper technique on the snap: slide the feet, mirror the release and maintain that inside leverage throughout the initial stem.

- Where does Lewis get in trouble? Look at his feet. This is called a “bucket step” (step behind). When you take that false step as a DB you lose the bend in your base, stand up and now have to bring your feet back to a position where you can drive on the route with speed. This puts Lewis in a tough spot vs. an outside breaking route.

- This ball has to come out. The Steelers have a free runner off the open (weak) side edge. Even with the RB blocking pressure to the closed side (Polamalu), the Chargers’ QB has knows he has to get rid of the ball quickly. 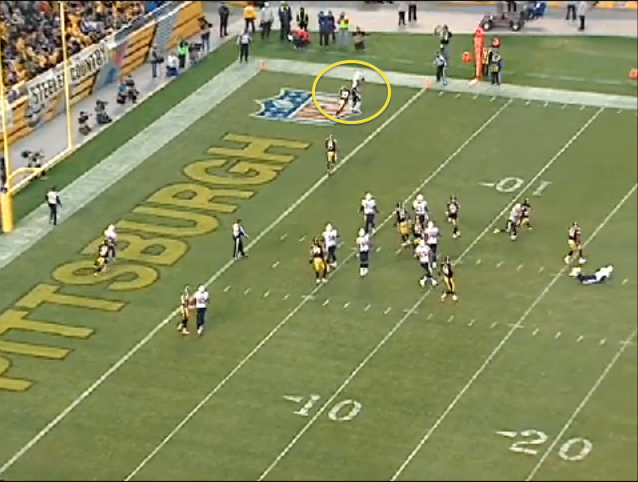 - Ball placement plus the route lead to six points for San Diego. Rivers puts this throw on the upfield shoulder of Floyd who is working vs. a CB pinned to the inside. 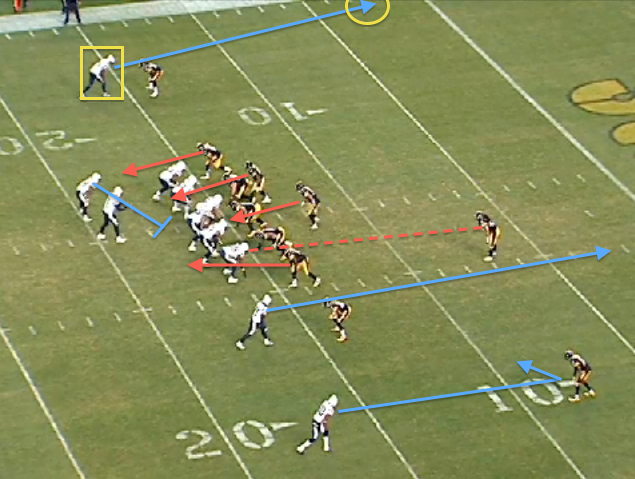 - Doubles Slot formation from the Chargers with WR Denario Alexander aligned as the backside X receiver. This is an easy read for Rivers with the Steelers showing pressure (no safety in deep middle of the field). Throw the back-shoulder fade and let your WR go make a play. 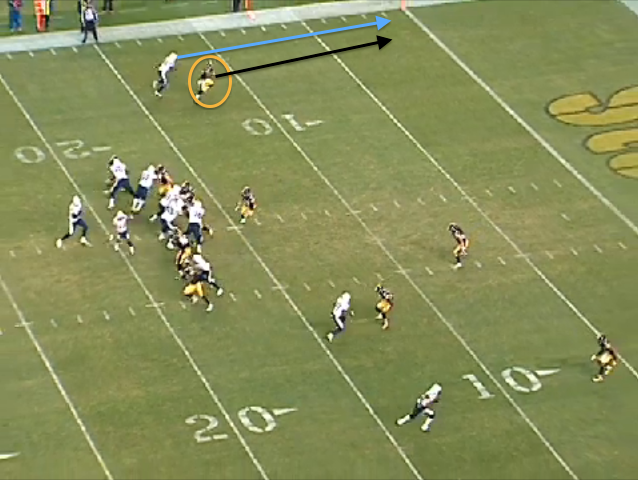 - CB Josh Victorianis is playing with a “bail” technique (open hips, zone turn and carry the WR from a press-alignment). I’m not a big fan of using the “bail” in Cover 0 because it’s tough on the CB vs. a vertical concept. Instead, I would like to see the CB jam at the line to re-route the WR or use a “taxi” technique (inch off at the snap to catch the release). Playing a “bail” is advanced as I see it. And if you can’t pin the WR to the sideline vs. the 9 (fade) route it can lead to problems. 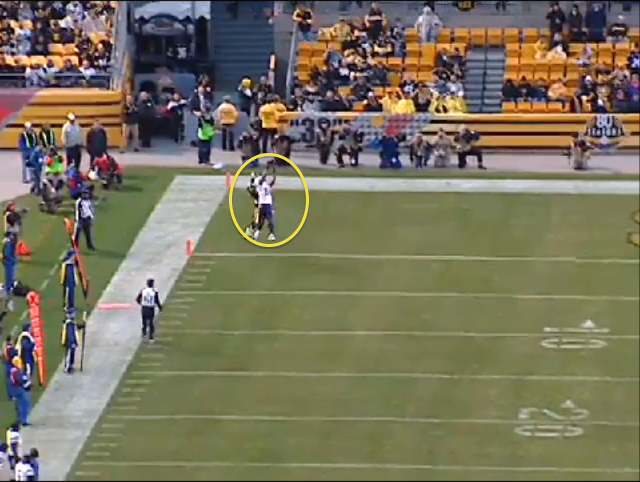 As I said above, let your WR go make this play. Rivers throws the 9 route and that allows Alexander to climb the ladder and finish the route. For Victorian, he does a nice job of carrying the 9 route, but because he has his back to the sideline on the “bail” technique, he has a hard time finding the ball and playing up through the hands of the WR.

Cover 0 in the Red Zone?

When it comes to playing defense in the red zone, Cover 2 and Cover 0 are the top calls from my perspective. Here, the Steelers are sending blitz pressure. But to see success your DBs have to rely on technique. The ball is going to come out—now go make a play.