Game plans in the NFL are scripted based off of your opponent’s four previous games. Go back through a month of tape and start scouting: tendencies, personnel, formations, alignments, etc. They are in-depth, detailed and provide you—the player—with a guide to go to work with on Sundays.

It is no different preparing for Mike Martz--my head coach as a rookie in St. Louis.

I was a note taker during my seven seasons in the NFL. Coach writes something on the board, it was going in my notebooks—and I kept them all. Let’s open up my notebook from the '05 season (when I was playing for the Redskins) as we get in-depth ourselves and scout Martz as a play caller. Because, even years later, coaches don’t change. Those tendencies and schemes travel—and I have already seen them again this season in Chicago. 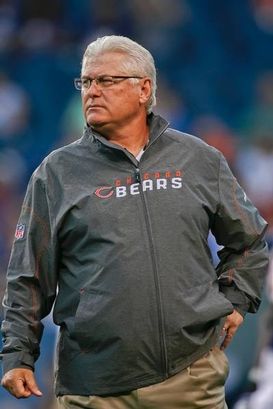 ICONMartz's schemes haven't changed much since he was calling plays in St. Louis.

The screen game
We always started with the screen game under Gregg Williams in Washington.The first install of the week.

The Run game
We would always chart their top runs. Martz and the Rams had six that we scouted along with pre-snap tips.

Alignments (regardless of personnel on the field)
Defenses will study alignments; because offensive coaches will change personnel to window dress certain schemes. Let’s check them out.

ICONA 2x2 alignment with Cutler in the gun? Expect a pass from the Bears.

1st/ 2nd Down Passes
Always scout their top concepts in 1st and second down situations in t he passing game.

Critical Plays
Think of 3rd and short situations, fourth down, backed up on the goal line, etc. Plays they need to move the ball to either keep the clock going or pick up a first down.

3rd Down tips
Start with protection schemes (the same 7-step drops under Martz) and move on to the top concepts by down and distance. We were a heavy pressure team under Williams and we studied the various protections we would see throughout the week of practice—and scouted what type of protection schemes they used. No different than the Giants on Sunday night--which led to 10 sacks.

Top concepts
In our 3rd down prep, we broke down concepts by down and distance. And, these are the same route concepts we see from Chicago today.

2-Minute
Scout what to look for in the 2-minte offense. Top runs and top passing concepts. 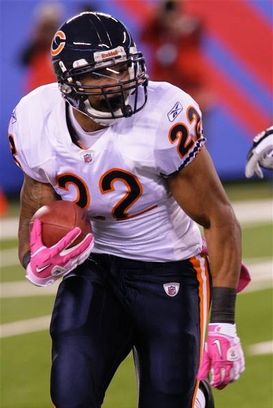 ICONThe screen game is big for Forte and the Bears once they reach the 25-yard line.

The “Gotta Have It” concept
When Martz needs a play to keep a drive alive or get the ball in the end zone. We went into every Sunday knowing what play the offense was going to run in the most crucial situation in the game.

That’s it. Word for word from the Redskins’ defensive team meeting room to the National Football Post. When you watch the Bears this weekend in Carolina (and throughout the season), pay attention to the alignments, the schemes, the route concepts and the running game. Although they do adapt and evolve, they never really change.

Want more? I have plenty of notebooks. Let me know...