Inside the playbook: Brady vs. the Bears' Cover 2

Click here to view the entire Inside the Playbook series

The Four Vertical route scheme is designed to attack the top of the defense. It can be run vs. Cover 3, Cover 4, Cover 6 (Quarter, Quarter, Half) and as one of the top concepts to defeat Cover 2 (or Tampa 2). Put the pressure on the secondary to play their technique and responsibilities.

However, there are some major technique errors that allow Patriots’ QB Tom Brady to hit WR Deoin Branch down the sideline for a 59-yard TD pass as time expires. First, let’s check it out on the chalkboard. 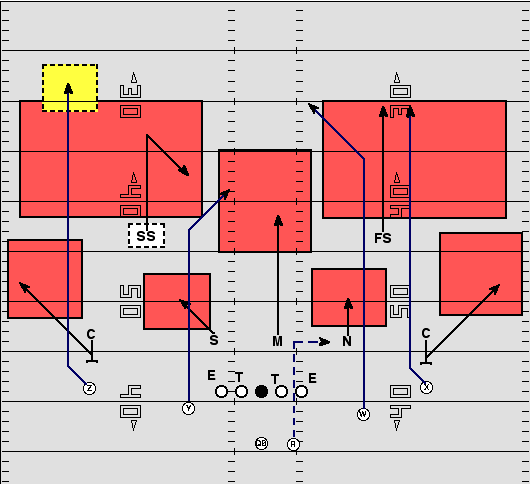 As we can see from the chalkboard breakdown, this isn’t an exotic route scheme. A 2x2 alignment from the Patriots with the TE (Y) removed from the core of the formation to create a four wide receiver look. Run the Four Vertical route scheme and to put the stress on both the SS and FS to play two verticals in the deep half.

For Chicago, their basic Cover 2 drops, which turns into a 3-deep, 4-under defense with the Mike Backer running the inside vertical scheme. A defense we see from Lovie Smith routinely in passing situations. Rush four, drop seven and force the QB to throw the ball underneath. However, the breakdowns at the CB and SS position open up the throwing lane for Brady. Let’s watch the replay on the TV Tape and then get into some key coaching points.

Re-Route No.1: The Bears are in trouble from the start of this play because of CB Charles Tillman. As a CB in the Cover 2 defense, you are taught to re-route No.1 (jam the WR) and force an inside release. For starters, this disrupts the timing of the route between the WR and the QB. But more importantly, this forces the WR to release inside and allow the safety to stay on his landmark (top of the numbers). In this situation, Branch (Z) gets a free release to the outside and even with SS Major Wright (highlighted in white) leaning to No.2 (Y); Brady is still going to have an opportunity to throw this ball. That is a long way to go from the top of the numbers to the sideline. 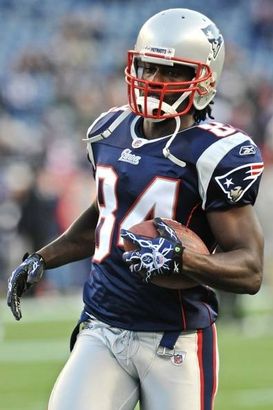 Safety technique: Wright has to play with enough depth to get over the top of Branch and to react to the inside vertical from the TE. However, once he commits to the TE down the middle of the field, Brady has exactly what he wants—a free play. Remember, the inside vertical in Cover 2 is the responsibility of the Mike Backer. As a safety, you react and drive on the throw. Here, Wright takes the bait and we see why the Four Vertical route scheme is at the top of the list to beat Cover 2.

Brady in the pocket: Go back to the video and check out Brady in the pocket. What we see is a slight pump to the middle of the field. Doesn’t look like much, but as a safety, that is all it can take to pull you off of your landmark in Cover 2. On top of that, the two inside verticals will bend back to the middle of the field for that exact reason. “Eye candy” for the safety that puts him in a position to jump inside and open up the deep half of the field.

Play the clock: Know the situation of the game. As a safety that means you play with extra depth. Align five yards deeper and give up the 15-yard dig route, the comeback, the curl, etc. That isn’t going to hurt you with time running out. But don’t give a QB like Brady a reason to test the top of the defense. Let him complete a throw, but always play “top down” and make a tackle.