Is there a game plan to limit Rodgers, Packers?

Put yourself in the shoes of a defensive coordinator in the NFL. It is Wednesday morning, time to hand out the game plan and start your Sunday prep. Up next on the schedule: Aaron Rodgers and the Packers’ offense.

What’s your lead call? Are you going to bring pressure? How do you limit Rodgers in the red zone? And what are you going to do about Jermichael Finley? Let’s talk this out, look at some Xs and Os and run through the base calls that exist in every NFL playbook.

ICONIf you want to lean on Cover 1, you need depth in the secondary vs. Rodgers and the Packers' wide receivers.

Cover 1 (man-free): Better have some depth in the secondary—along with some safeties that can run. Cover 1 (outside leverage, middle of the field safety) is a solid call if you can win outside of the numbers. But I’m more concerned with the ability of my No.3 CB to play inside breaking routes. Plus, do I have a safety that can drop down over Finley, Nelson, Jones, Driver, etc. when the Packers align in an empty set? And don’t forget about the red zone--becasue Rodgers can throw the back shoulder fade better than any QB in the league.

Cover 2 (2-deep shell): This is the reason Lovie Smith’s defense has had some success vs. Rodgers and the Pack. Play with depth (2-deep, 5-under), take away the vertical concepts and force the ball to go underneath. Can Rodgers light up Cover 2? No question, but when you make an offense put together long, sustained drives, that favors the defense. However, the major issue with Cover 2: the Mike Backer vs. play action and Finley. We saw that on Monday night when Rodgers hit Jennings (aligned as a No.2 WR) off of play action. If your Mike Backer takes a step to the line of scrimmage (especially in the red zone) it is time to strike up the band and play the fight song.

Cover 3 (three-deep shell): The problem with Cover 3 is the intermediate route tree and the 3-level concepts (Outside Vertical Stretch) that put stress on the FS and the CBs. It is a nice way to build in an eight-man front (without taking the risk of playing man coverage), but I’m going to pass. Rodgers will work the inside seams, move the FS out of the middle of the field and rip this coverage up.

Cover 4 (quarters): Decent call, but there are just so many ways to suck the safeties up the line of scrimmage. In Cover 4 (4-deep, 3-under), we are basically talking about man-coverage vs. vertical route concepts (and the CBs play with outside leverage). With play action (or an underneath route concept) run at the safeties, the CBs could be hung out to dry. Safeties will read No.2 in Cover 4 and if their eyes are in the backfield, the deep inside breaking concepts will be open on the outside.

Cover 7 (combination man): I like the idea of using Cover 7 (a top scheme in New Orleans) with built-in calls (“slice,” “fist,” etc.) in the secondary to double the slot, set a trap outside of the numbers or to try and take a player away on 3rd downs. However, again we are talking about depth in the secondary. You need six DBs that can all cover (and blitz) to play Cover 7. 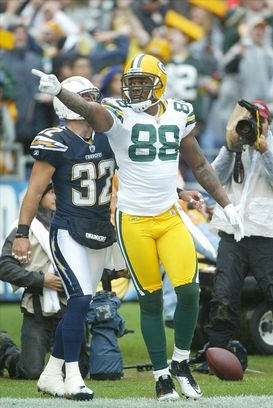 2-Man (man-under): Don’t even bother with this call vs. Rodgers. In 2-Man, you are telling the underneath defenders to play with a “trail technique” (low on the hip, inside leverage). Even with the 2-deep shell over the top, you can’t defend outside breaking concepts and the middle of the field can be worked over if you widen the safeties with routes outside of the numbers. I wouldn’t even carry this concept in my game plan vs. Green Bay.

Zone pressure: Think in simple terms here: rush five and drop six into coverage. In theory, the zone blitz is more about the coverage aspect then the actual pressure. Use pre-snap disguise to cause confusion in the protection count and bait the QB into throwing the ball at underneath zone droppers. Do I like it vs. the Packers? Yes, but only if I can trust my strong safety to play No. 2 vertically up the field if the QB has time to throw. Make the ball come out, tackle and get off the field. You can get creative with zone pressure, but know the QB you are playing against.

Man pressure (Cover 1 and Cover 0): Some real risk here if you want to play Cover 0 (no safety help with DBs playing inside leverage). However, you have to challenge the Packers’ offense. I am a big fan of playing man pressure vs. Rodgers in third and medium situations (3rd and 4-7) with my CBs aligned in an off-man position. “Flat foot” read (no backpedal), read through the 3-step and break on the ball.

Cover 2 has to be my core call heading into the game. I want my corners to re-route on the outside, take some stress of my safeties (that are going to be aligned at 15-yards deep at the snap) and force Rodgers to throw the check down, the flat and the slant all the way down the field.

But I still need more. Zone pressure in both my base and sub packages with some Cover 1 on third downs and inside of the 10-yard line. I want to mix my coverages throughout the ball game, but when I need to make a stop and give my offense a shot, it is going to be the Tampa 2 defense.

What is your game plan? Let me know…