Is there a solution for helmet-to-helmet hits?

Helmet-to-helmet hits. How do we stop them in the NFL and how do we prevent players from intentionally launching themselves into defenseless players on Sundays?

I want to try and view this from my perspective as an ex-player in this league. I’ve been there. I have led with my helmet on tackles plenty when I played. Everyone has. Did I use it as a weapon? Probably, and as much as we want to deny that, it is not going to change. Players will continue to use that helmet to drive players to the ground as long as they wear them.

Players in this league have three “weapons” on the field: their hands, their shoulder pads and—unfortunately—their headgear. And they use all three on Sundays to defeat blocks, tackle and deliver those knock out blows to ball carriers. 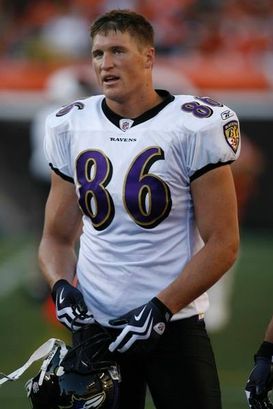 ICONHeap took a shot to the head from the Patriots' Brandon Meriweather.

Two plays stood out yesterday. New England's Brandon Meriweather leading with his helmet vs. the Ravens’ Todd Heap on a seam route. A cheap hit? Without a doubt, and I hope the league goes right to his game check and takes away as much as they can. The second hit? Falcons’ CB Dunta Robinson on the Eagles’ DeSean Jackson. A typical underneath crossing route in the west coast system run at a CB sitting in zone coverage. Hard to prevent that collision—but the placement of the helmet is what stands out to the league. Have to fine him.

The question here is policing these hits. Former Patriot Rodney Harrison talked about it last night on NBC. The fine system isn’t enough from his perspective—which I have to agree with. We talk about fines every week for uniform violations, late hits, chop blocks, etc. Players will take the fine and move on. Harrison brought up the idea of suspending players. Take away the entire game check and prevent that team from having one of its starters the following Sunday.

My take? Go a step farther and eject the player—immediately. It sends a bold message and also leaves that team a player short when we talk about the domino effect it has on special teams and the overall game day roster. And, the price for getting tossed on Sunday isn’t cheap. A two-for-one impact so to say.

But, there is a bigger issue here. Where do we draw the line? Helmet-to-helmet hits happen all day in the run game. Those hits we see on TV on a off tackle power plays feel like car accidents to players. And is only natural for a defensive player to duck his head at the last moment and put that crown of his helmet directly into the running back’s facemask. But, it goes un-noticed in a pile of bodies. Buried from the TV cameras.

What I am talking about are the deliberate hits in the passing game where a safety or a corner sizes up a receiver—and takes him down with the crown of his helmet. The results are frightening. Concussions are the most obvious factor here, and something I wrote about earlier this season in the Chicago Tribune. But we also need to talk about a player’s neck and spine—on both sides of the ball.

Time to talk about reality. Someone is going to end up in a wheelchair or worse. Time for the NFL to get drastic and start making this a major priority. A 15-yard penalty—and a Fed Ex letter from the league office—isn’t enough. Throw that player out of the game. Make him, and that team, and example for everyone to see.

What’s your answer? You tell me….

Want to work in the NFL? Click here to register for the NFP’s “Chalk Talk” seminar this Friday in Chicago.