On Sunday, Julio Jones ran past Nnamdi Asomugha on the straight 9 (fade) route for a 63-yard TD in the Falcons’ 30-17 win over the Eagles. But why did the Philly CB get beat? And where was the FS help over the top?

Using some screen shots from the TV copy and the All-22 cut-ups, let’s take a look at the play—and it all starts with the release at the line of scrimmage. 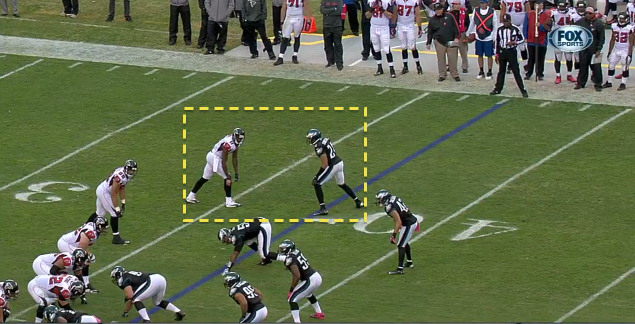 The majoirty of DB coaches want to see their players in a parallel stance at the line of scrimmage when they show a press-look. Here, Asomugha is aligned in a staggered stance (I have seen that coached before). However, look at this hands. As a DB in press, you don’t want your hands low and at the hips. All that does is waste time while you bring them back up and get in a position to re-direct the release. Keep your hands high at the snap, get in an athletic stance and be ready to jam the WR. 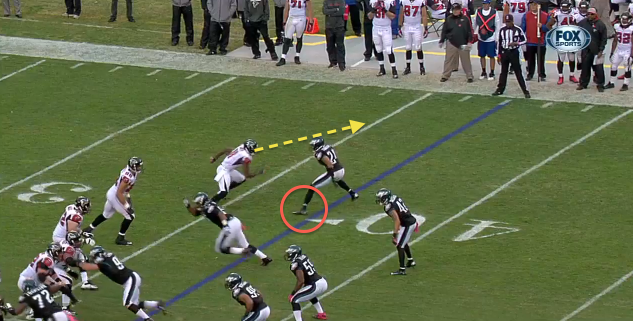 Look at the left foot of Asomugha. This is called a “false step.” You don’t want to step to the line of scrimmage as it forces you to “squat" and widen your base—making it tough to transition. Stay square on the release. 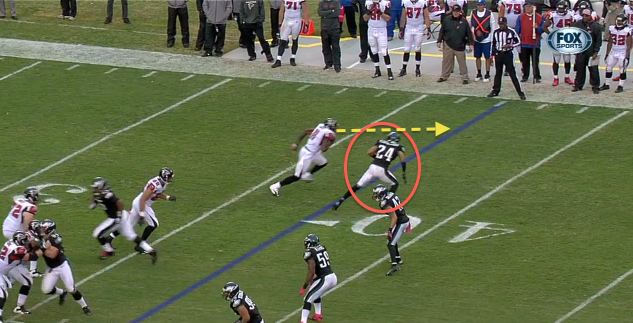 Instead of using a “mirror” technique, sliding his feet and punching with the inside hand (vs. the outside release), Asomugha opens the hips (called “opening the gate”). And vs. a WR with 4.3 top end speed, you don’t want this to turn into a foot race. That’s too easy. Get something on the reciever and don't allow a free release outside of the numbers. 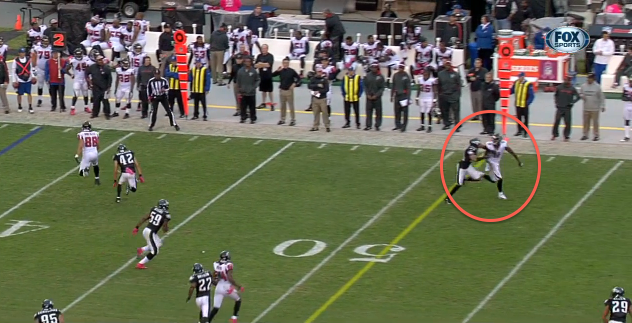 Asomugha is in a “trail” position because of his technique at the line of scrimmage and can’t get over the top of Jones to “stack” on the 9 route. What’s the next move? Use the “arm-bar” and try to pin the WR into the boundary to limit his ability to get down the field. However, we have to talk about strength with Jones along with his vertical speed. Asomugha does get some contact down the field, but you want to get that arm lower (on the inside hip). Jones is too strong and will run right through this. 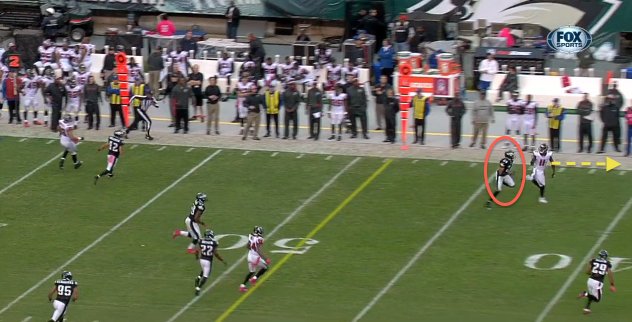 Separation speed. We talk about all the time throughout the draft process and on Sundays. When the ball is in the air, who can go get it? This is the exact point where Jones pulls away from Asomugha and separates down the field. And Matt Ryan puts this ball out there for his WR to go make a play. 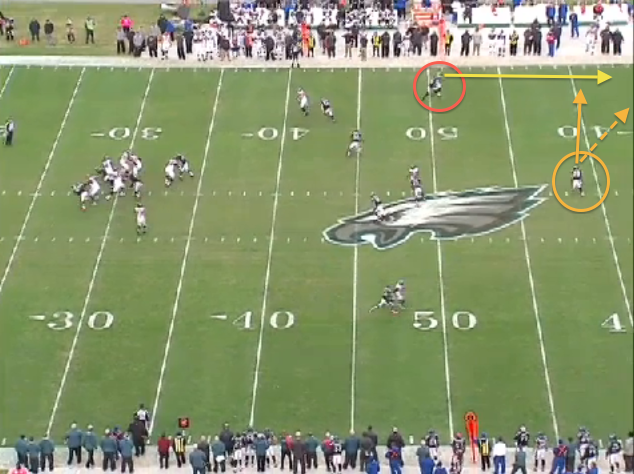 FS Nate Allen is playing the deep middle of the field. He is coached to read the QB and break at an angle that allows him to play the deep ball on (or outside) of the numbers. The problem here is the initial break, depth and angle from the middle of the field alignment. Allen takes a flat angle on his break and isn’t playing deep enough to get over the top of the 9 route. Basic rule for the FS position: add depth vs. speed. If you normally align at 15 yards, get to 18-20 yards at the snap and give yourself some room to play with. You can always break downhill and make a tackle…but you can’t recover vs. the deep ball if you sit short. 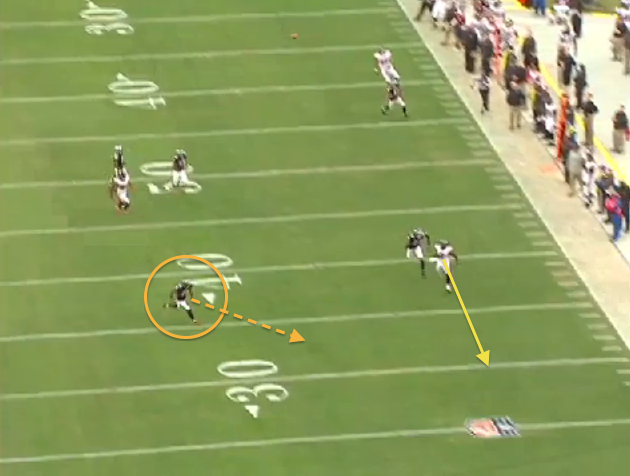 Allen is now taking an upfield angle to the ball. Tough spot to be in for the FS (after Asomugha gave up the free release), but Allen should be in a position to at least make a tackle here after the catch. Get the WR on the ground and live to see another play. 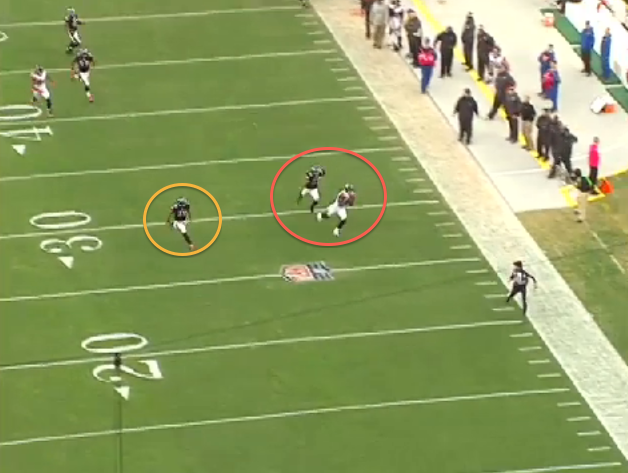 The finish. Something you don’t want to see from a defensive perspective at any level of football: two guys trailing the 9 route in Cover 1.

Is this more than a lack of technique with Asomugha?

I don’t think it is. Remember, even in the NFL the top players have to rely on their technique. There is no question Jones is a tough matchup because of his ability to get down the field. I get that. However, technique will beat speed and ability. And when we go back to the release, it’s easy to see why Asomugha couldn’t hang vs. the deep ball. If you want to play Jones in the vertical route tree, it has to start at the line of scrimmage with solid technique. That gives you a chance.