Keys to winning the NFC Championship

As we get closer to the weekend, let’s take a deeper look at the Bears-Packers NFC Championship game at Soldier Field. Schemes, X's and O's, etc. My three keys for each team to winning this Sunday--and punching that ticket to Super Bowl XLV. 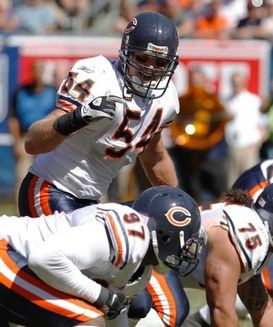 ICONUrlacher will face some tough matchups from the Packers' offense in Cover 2.

1. Limit explosive plays in Cover 2: The Bears should expect to see the standard vertical route schemes vs. their Cover 2 looks. The flat-7 (flag), double dig (square-in), 4 verticals, double smash-post, option-9 (fade), etc. Versus Green Bay, add in the multiple combination routes from their empty looks (no backs). The way to challenge Cover 2 is to put stress on the safeties and match up speed with middle linebacker Brian Urlacher. Don’t be surprised to see Greg Jennings align as the No.3 receiver and test the middle of the field. Chicago must play with depth and force Rodger to hit the check down—because giving up the deep ball will send the Bears home for the offseason.

2. Balance on offense: Matt Forte. Crucial to the Bears’ success this Sunday. Mike Martz needs to stick with a balanced game plan that includes their one-back runs and the 2-back runs out of Ace personnel (2 WR, 2 TE, 1 RB) when the Bears to shift a TE into the backfield. What this does is take pressure off of QB Jay Cutler, brings the play action game back into the mix and slows down a pressure defense like the Bears will see from Dom Capers. The screen game, the quick 3-step routes to WR Earl Bennett and the calculated deep ball. Get pass happy on Sunday and Cutler will take hits. And that is when we will see the ball on the ground.

3. Win the special teams battle: The Bears have the best special teams unit in the NFL—and that goes deeper than what returner Devin Hester can do in the punt game. When we talk about special teams in the playoffs, we are also talking about field position. Chicago must win the field position battle this Sunday and force Rodgers and the Packers’ offense to put together long, multiple play drives. Cover on kicking units, be sound in lane discipline and tackle. With Hester, I don’t see how the Packers are going to kick the ball to him. But if he gets an opportunity, he has to set up Cutler with a short field to work with. When you have the matchup advantage—as the Bears do on special teams—you have to win that phase of the game. 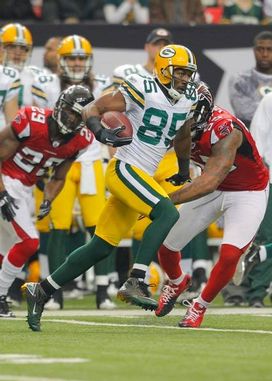 ICONJennings and the Packers' WRs have to win vs. the Bears' CBs.

1. Win on the outside vs. pressure: We already talked about the Bears’ Cover 2 scheme, but watch for pressure. Lovie Smith’s defense will bring zone pressure vs. Rodgers . That gives the Packers matchups they have to win on the outside. Jennings, Jones, Driver, Nelson, etc. The Bears’ cornerbacks will play with outside leverage and funnel the receivers back to the free safety and the zone droppers in the middle of the field. Chicago will rush five and drop six to create a 3-deep, 3-under zone concept in the secondary. The Green Bay WRs have to win at the line of scrimmage and run the inside breaking routes: slant, dig, post, smash, etc. And these route concepts allow them to work away from the defender’s leverage. Tough assignment for Bears’ CBs Tim Jennings and Charles Tillman.

2. Take Greg Olsen out of the game plan: Here’s what I do if I am Dom Capers: put Charles Woodson on Olsen. The Bears can have some success with Olsen if they align him removed from the core of the formation. Think of Todd Heap in Baltimore and the matchups that he can draw when is aligned as the backside X receiver, in the slot or as part of a stack or bunch look. From Green Bay’s perspective, take Olsen out of the game plan—completely. Force Cutler to work against Tramon Williams and the rest of the Packers’ secondary. Woodson has that unique ability where he can use his speed and physical strength at the line of scrimmage in a press-man position to win this matchup.

3. Consistent pressure on Jay Cutler: If you want to create turnovers, force Cutler to throw vs. pressure. I talked about the Green Bay secondary Wednesday here at the NFP. They are aggressive and they compete when the ball is in the air. With that you get Clay Matthews rushing off of the edge and some nickel pressure from Woodson. The Packers have multiple fronts that are designed to cause confusion in protection schemes—ideal against an average Chicago O-Line. Green Bay has to dictate the flow of the game from a defensive perspective and the way to do that is with pressure.