Matchup I can't wait to see: Barron vs. Graham

Mark Barron will be tested in Tampa. Offensive coordinators will target the safety and try to force him into matchups they can exploit. Part of the gig when you are rookie starting in an NFL secondary. But if I had to look at one matchup—a true test—it would come vs. the Saints. Barron lining up against Jimmy Graham. A TE with size, speed, athletic ability and body control at the point of attack. 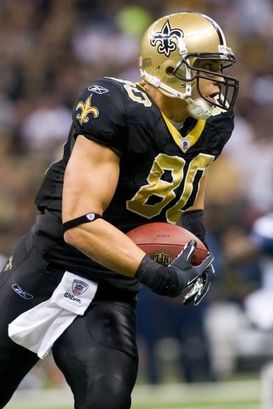 ICONMatching up to Jimmy Graham will be a real test for rookie safety Mark Barron.

Backside of 3x1 formation: The Saints will align Graham as the “backside X” receiver in a 3x1 set. In Cover 1 (man-free) or Cover 0 (blitz-man), Barron will have to walk out and play over the top of the TE. This creates a one-on-one situation outside of the numbers. For Barron, he has to play the release. An inside release (and stem) equals the slant (3-step), 7 (corner), dig and skinny post. An outside release with that alignment: fade and comeback. That’s it. Barron will have to show the ability to play both press and off-man vs. Graham when he is removed from the formation. Technique will be key. But it starts with the release and route stem. Let the receiver tell you what to play for.

Inside vertical seam: The inside vertical seam vs. a TE with size is a nightmare for a safety even if you play with the proper leverage. A vertical release, stem to the outside and then push the route up the field. For Barron, the test will come at the point of attack. Solid footwork, hips and maintaining leverage just aren’t good enough vs. Graham. The rookie has to show the ability to “play the pocket” (stick your hands through arms of the receiver) and climb the ladder. Drew Brees can put this ball up top and you still have to find a way to get it out. Not easy vs. the size and athletic ability of Graham.

Red Zone (fade and slant): The top two route concepts in every NFL playbook inside of the 10-yard line. Again, Graham will be removed from the core of the formation here. The technique: take away the slant and react to the fade. In a press-look, Barron should align with a slight inside shade, mirror the release and use his hands to disrupt the initial stem. You can’t let Graham create leverage to the inside on the slant (that’s an automatic six points). The fade? Its tough. Drive to the inside hip to get “in-phase” with the receiver, find the ball and play the pass at the highest point.

I understand I am breaking down route concepts and defensive techniques in early May. But I’m excited to watch Barron play this season in Tampa. And when it comes to a true matchup, lining up vs. Graham will be a tough test for the rookie.