Moss vs. Revis: what to watch for

With some time left before kickoff tonight, let’s highlight the Randy Moss vs. Darrelle Revis matchup. A breakdown of what to watch for….

Revis’ hamstring:First time back on the field in a couple of weeks for the Jest’ CB. What we want to watch for is his burst in two areas: his plant and drive, plus his ability to turn and run. Two biggest aspects of CB play, and the ultimate test for a skill player on defense coming out of the training room. Can Revis plant that up field foot and drive downhill or turn and stay on top of the 9 (fade) and 8 (post) once his cushion (area between DB and WR) is eaten up? No questions about his health once we see that tonight. 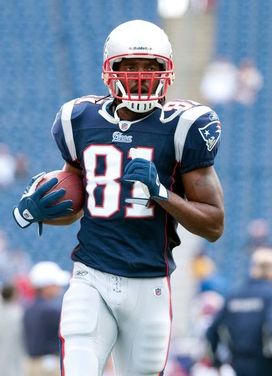 ICONWhat is Moss' impact tonight in his first game with Favre and the Vikings?

Press vs. off-man coverage: Decided by the defensive call in the huddle in most schemes, but Revis should get some wiggle room as an establish veteran when the Jets play their Cover 1 defenses. Go back to the first meeting this season when Moss was playing in New England. With Revis in a pressed position, Moss beat him off of the line of scrimmage, got the CB on his heels and created immediate separation that led to a TD. The rest? Just pure straight-line speed. Playing off-man coverage (at about a depth of 7-yards) is tough because it forces the DB to play with proper technique—and you can’t use your hands. All based off of your feet, eyes and ability to turn your hips to stay “in-phase” with the WR. But, Revis does it better than anyone. However, I expect to see Revis is a pressed look most of the night. Gives him the best chance to disrupt the route at the line of scrimmage—or end it all together if he can win at the point of attack with his hands.

Filed position: Ball in between the 40’s. This is when offenses in the NFL will use the deep ball off of play action in early down and distance situations. The “Middle Read” (9-Dig-9 combo) out of base Pro personnel. The double moves (out and up/ Shake 7/ slant and go). And, the 2-man, max protection (8-man protection) routes (double post, deep crossers). Now that the Vikings have that deep threat, why wouldn’t they try and pick up a big play (or a flag) early in the game when they can use play action in the backfield in a 1st and 10 situation to get Moss involved?

Blitz reads: Vikings’ QB Brett Favre knows he is going to see pressure from the Jets and Rex Ryan tonight—both zone and man. Great opportunity to get Moss involved in the game plan using the quick 3-step game (slant, hitch, smash, fade, etc.). See press coverage and a blitz look? Throw the slant or take a shot with the fade. Minnesota is lacking the big play—and here is another way to get a cheap one with Moss vs. pressure. Ball comes out quick. Moss just has to win at the line of scrimmage.

Pre-snap movement: If Revis is winning—consistently—against Moss, look for Minnesota to use some pre-snap motion. Offenses will do this routinely to get their WRs in a position for a clean release off of the line of scrimmage. Tough for a CB to get hands on a WR once he goes in motion.

Play calling: Deciding factor tonight. How involved is Moss in the game plan after just one week of practice in a new offense? Easy to install deep routes and play action into the offensive game plan, but let’s see if the Vikings want to feature him tonight.