Five things to watch for in today’s Sunday NFL action…

1. Lovie’s defense: The Bears have become more of a pressure unit in passing situations over their last three games—using both zone and man blitz packages. Show their standard Cover 2 look and rotate at the snap of the ball to bring five and six-man pressure. Today, against Favre and the Vikings, look for Smith to use his five-man zone pressures and drop six into coverage. By doing this, the Bears can still pressure and play with coverage aspects in the secondary—dropping players directly into throwing lanes. To see an example of Lovie’s blitz scheme on the chalkboard, check out my piece in the Chicago Tribune. 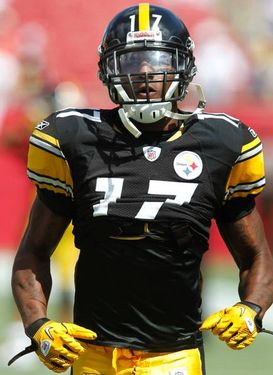 2. Mike Wallace’s impact: I do think that we will see Steelers’ RB Rashard Mendenhall featured in the Pittsburgh game plan tonight at home vs. the Pats, but don’t let that discount the impact Wallace can have against an average New England secondary. What has impressed me through the first half of the season is Wallace’s ability to separate from the defender once the ball is in the air. Ideal for a team that likes to take a shot—using play action—when they cross the mid-field stripe. The 9 (fade), 8 (post) and double-move should all come into play.

3. Garrett’s Cowboys: We all heard about the changes the Dallas interim coach made this week by putting his players in pads for practice, but does it translate to a more physical approach to the run game? I have still yet to understand why the Cowboys haven’t taken advantage of the depth they have in the backfield to install a game plan that is heavy in 2-back runs in all down and distance situations. Easy to act tough during practice. Time to show us on the field today vs. the Giants.

4. Bradford at San Fran: Big fan of the rookie QB in St. Louis and interested to see how he plays on the road—in November. At 4-4, there is no reason that the Rams can’t make a run to win the NFC West title, but it starts with their young QB in pressure situations. Divisional games in November provide that. The speed of the game picks up over the last two months of the season when teams are fighting for that extra money handed out with playoff checks. Does he force throws? Is he patient in the red zone? How does he play in the 4th quarter? All things to watch today.

5. Moss in Tennessee: Started to talk Moss and the Titans on Friday in my Week 10 tip sheet, and now that we are closer to game time, is there any reason to think that Tennessee won’t give Moss at least two deep ball opportunities per half? Just like we saw when the WR stepped on the field for the Vikings the first time, he will most likely be limited in the types of routs he can run in a new offensive system. But, everyone has vertical routes that start with both an inside and outside release depending on the defender’s leverage. Take those shots down the field with Moss and look to flip the field.

Check back to the NFP for my quick post game notes following the early and late kickoffs.