Let’s run through my top three plays from the Week 12 Sunday NFL schedule: Victor Cruz running the Hi-Lo, Colin Kaepernick on the Zone Read and Janoris Jenkins’ pick-six vs. Arizona. 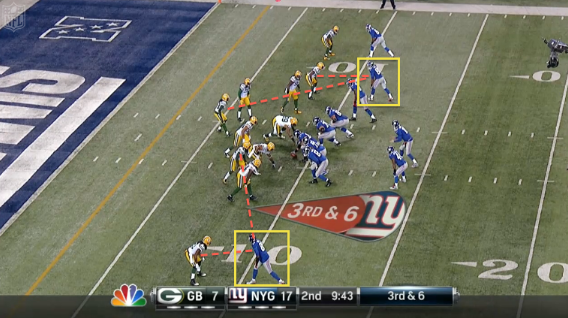 I’m calling this Cover 7 (combination man) from the Packers as the secondary is using “bracket” calls to take away WRs Hakeem Nicks and Victor Cruz. To the open side of the formation, the Packers will “cut” (double No.1) vs. Nicks and play a “Slice” (double slot) vs. Cruz. Smart call from Green Bay to game plan Cruz and limit the inside option route (Hi-Lo concept). 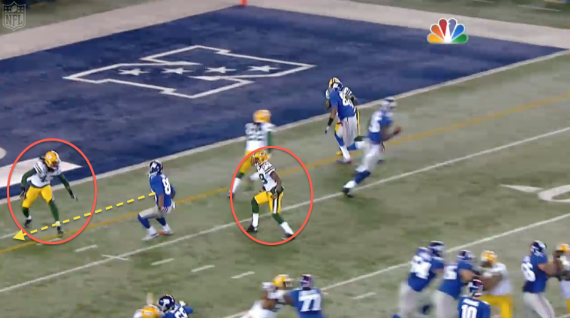 This is exactly how a slice call should look on the chalkboard. The CB will cushion to the outside for the “whip,” out, 7 (corner) or quick double move (“nod”) with the safety playing the dig and the post. A true bracket look vs. Cruz. 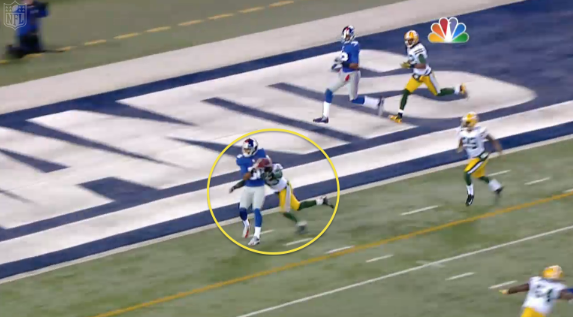 “Believe it.” That’s what the Green Bay secondary coach should say to safety M.D. Jennings. You know from film study that the Giants want to run the short-to-intermediate inside concepts with Cruz. Plus, with protection to the outside from the CB, Jennings should sit on the inside cut and go make this play. But the Packers safety allows Cruz to cross his face, create leverage and make this catch for a score. Green Bay had the right call in the huddle, but you still have to execute the defense. 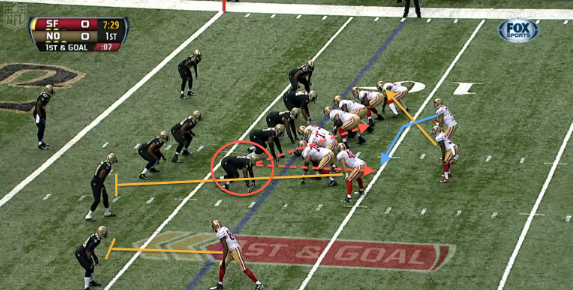 Think game plan here with Kaepernick and the 49ers. Bring Tank personnel on the field (Big Wing alignment) and run the Zone Read to the open (weak) side of the formation. Kaepernick rides the RB through the mesh point and “reads” the open side DE. 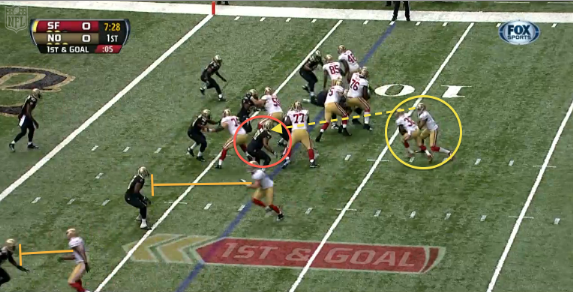 Base read for Kaepernick. If the DE stays up the field, give the ball to RB Kendall Hunter. However, with the Saints’ DE hesitating and looking inside, the 49ers’ QB will pull this ball and get to the edge. 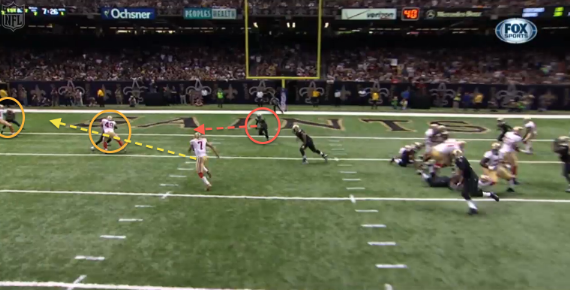 Speed. With the 49ers’ securing their second level blocks, Kaepernick can outrun the angle from the safety and get this ball in the end zone. Again, we see the Zone Read throughout the league. Nothing new. However, always look at personnel and alignment with Harbaugh’s club. That’s what separates them in terms of the playbook. 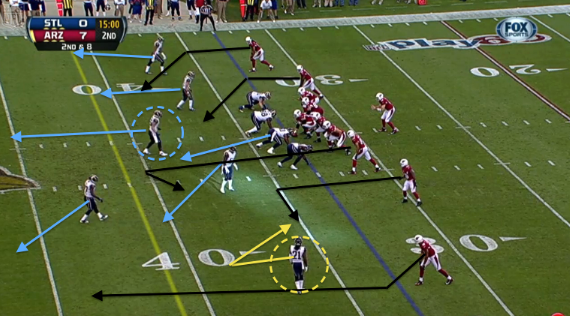 I really like this technique from the Rams’ CB on the INT vs. Arizona. This is called a “soft squat’ in Cover 2 (no jam, sink at the snap). Jenkins will sink on the release, cushion No.1 and read No.2 through the QB. With the Cards running a “Tare” combination (9-Flat-Option), Jenkins can break on the out cut from No.2. 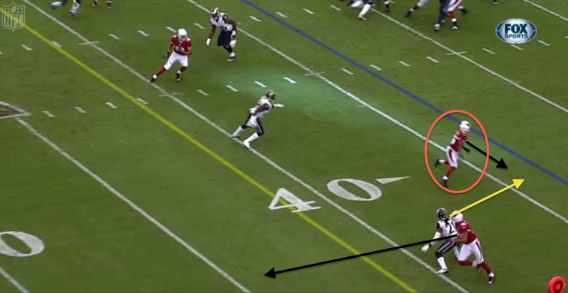 Here is a look at Jenkins playing that “soft squat” technique. With a deep safety on top of the numbers (Cover 2 landmark), the rookie CB will sink with No.1 until he is threatened in the flat. 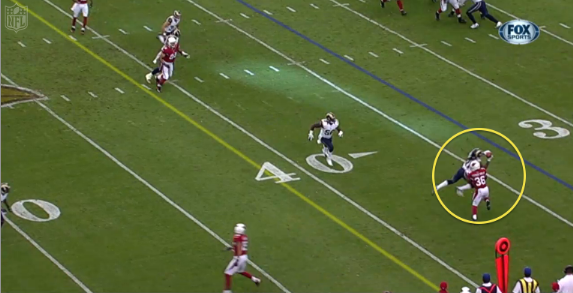 The Tare route is an underneath Cover 2 beater. Run off the CB and target the quick flat. But with Jenkins sitting on the out cut, the CB break on the ball and take this pass from Ryan Lindley back for six points.