Let’s talk Sunday football in the NFL. Breakdowns, personnel, plus some Xs and Os. Five things I am looking for tomorrow on the Week 9 schedule.

1. Gates vs. the Packers’ secondary: Good matchup to watch when we look at formation alignments and route schemes. Go back to Monday night when the Chargers worked to get Gates matched up vs. Chiefs’ safety Jon McGraw in Cover 1 situations. Tomorrow, I would expect more of the same with Gates aligned removed from the core of the formation working the inside breaking routes of the Chargers’ playbook and the 7 cut (corner route). Could we see Packers’ CB Charles Woodson walked down in coverage over the TE? Would be a smart play from Dom Capers—because this is where Philip Rivers wants to go with the ball. 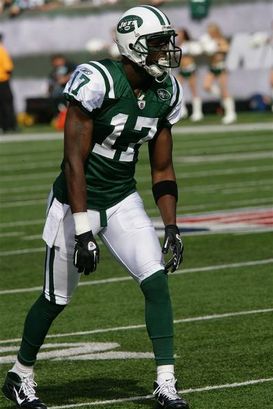 ICONIn the red zone, think of simple route concepts to get the ball to Burress.

2. Plaxico in the red zone: The Jets’ WR has to continue to be a target inside the 20-yard line. Burress has three TD receptions New York’s Week 7 win over San Diego, and the route concepts don’t have to be complex here. Think of the fade (or back shoulder fade), the skinny post and the slant. 3-step route concepts that give Burress the opportunity to go make a play vs. a defender’s leverage. No reason not to target the size of Burress vs. a Bills’ secondary that he matches up well against.

3. Boldin vs. the Steelers: If Ravens’ fans want to see QB Joe Flacco move the ball, then Boldin has to be the No.1 target in the passing game. Yes, Torrey Smith is an option when Flacco wants to take a shot near mid-field (or after a turnover), but think Boldin in the short to intermediate route tree. Align him inside of the numbers, use pre-snap motion, bunch look, etc. Whatever it takes to get the WR a quick release to work the middle of the field.

4. Giants’ defensive game plan: What do wee see from defensive coordinator Perry Fewell vs. Brady and the Pats? The reason I ask is because of the Steelers’ defensive game plan from last Sunday. Press-coverage with a single high safety in the middle of the field. (Cover 1). No question the Giants will take something from that Steelers-Patriots game tape, and with the pressure New York can generate with their front four, Brady could see a lot of the same looks from Fewell’s secondary. I am very interested to see what the Giants play in the secondary tomorrow.

5. Carson Palmer’s production: This is a Broncos' defense that Palmer should produce against. Coming off a bye week, the new Raiders’ QB has had some time to get on the practice field, work with his receivers and prep for this ball game. The one area I want to see with Palmer? The vertical game. If Palmer can hit the top of the route tree, use play action and flip the field, this Raiders offense becomes that much more hard to defend. However, we have to see it first.