Here are five things I am looking at on the Week 6 NFL schedule. Breakdowns, Xs and Os, plus some key matchups to check out…

1. Vernon Davis vs. the Lions: Generate big plays vs. the Detroit defense. We know what the Niners can do up front in the run game with Frank Gore (plus the style of game plan they use under Harbuagh), but you need some explosive gains on the road. QB Alex Smith can use play action and movement passes (boot, sprint) and target Davis in the middle of the field (post, TE “shake,” inside seam). And when you can run the ball (and force the LBs to step towards the line of scrimmage), the 49ers’ TE can be a major weapon. 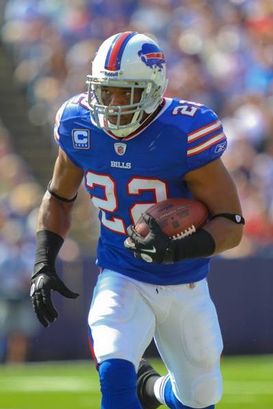 ICONWill Jackson continue to put up numbers vs. the Giants on Sunday?

2. More Fred Jackson: The Bills have a big play defense that sets up to get their hands on the football vs. Eli Manning and the Giants, but the story from my perspective is Jackson. His numbers are up, he is an ideal fit for Chan Gaileys' system and when he gets out the backfield, LBs don’t matchup in the route tree. Buffalo has some solid young receivers outside of the numbers, but for them to move to 5-1, Jackson has to continue his solid production and wear down the New York defense.

3. Cowboys’ defensive game plan: Here’s the thing with the Patriots offensively: they are tough to game plan for. Multiple personnel groupings and alignments. Last week in the win over the Jets, it was the production of BenJarvus Green-Ellis. Tomorrow in Foxborough, it could be the TE position, Welker, Branch, etc. And it starts with Brady. I do believe Tony Romo and the Dallas offense can move the ball, but Rob Ryan’s defense has to get stops and limit the red zone opportunities of Brady. If you like Xs and Os, check this game out, because I want to see what Ryan comes up with to challenge this Patriots’ offense.

4. Eagles’ defense: No reason to believe that Mike Shanahan the ‘Skins won’t try to pound the football tomorrow at Fed Ex Field and limit the 3rd down situations for QB Rex Grossman. Smart game plan when you study the Eagles’ defense on tape. We have seen them struggle all season in their technique and tackling, and despite the numbers Michael Vick can put up, this unit needs to get off the field. I would expect to see more eight-man fronts and man-coverage in the secondary from Philly vs. Grossman. But scheme isn’t the problem for the Eagles—technique is. Let’s see if they come to play in a game they need to have.

5. Percy Harvin’s production: The Vikings’ WR has been limited through five games in his production (18 receptions, 183-yards), but he should see opportunities vs. the Bears’ Cover 2 defense. Think of inside breaking combination routes (crosser, option, dig) that target open holes in the zone. We know Adrian Peterson is the featured player in the Minnesota game plan, but if the Vikings want to win on third downs and extend the field, Harvin has to be a factor. No question some responsibility falls on QB Donovan McNabb here, but Harvin is too dynamic not to be a consistent target in the passing game. The WR was limited in practice this week, but is expected to go tomorrow night at Soldier Field under the lights.