How will the Packers game plan Calvin Johnson? Going back to last season on Thanksgiving Day, Dom Capers’ defense played some “trail-man” (think 2-Man technique) with CB Tramon Williams vs. the WR. Align with an inside shade, sit low to the hip and roll a safety over to the deep half to take away the top of the route tree: 7 (corner), 8 (Post), 9 (Fade).

However, you still have to play for the deep double move when QB Matthew Stafford and the Lions use max-protection (8-Man protection) to take a shot down the field.

Using some All-22 cut-ups, let’s run through a quick breakdown of the Lions’ “corner-post” (or “Dino” route) from their Week 10 matchup vs. the Vikings 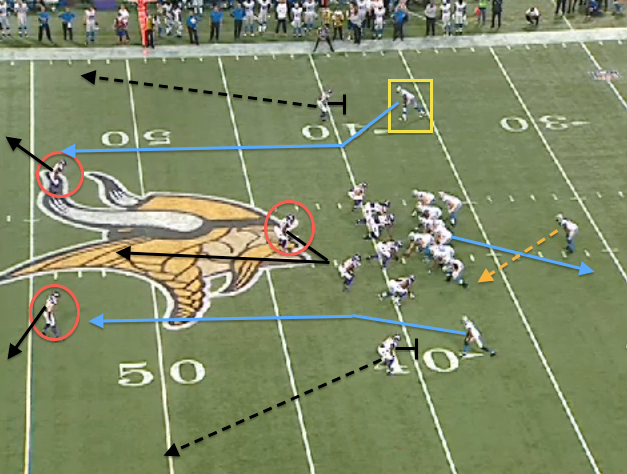 Base Cover 2 rules for the CBs: Re-route (jam) No.1 to take some stress off the safeties and sink hard at a 45-degree angle to protect vs. the 7 cut (corner). However, both Johnson and Titus Young take a hard, inside release (CBs won’t chase inside) and get vertical up the field. 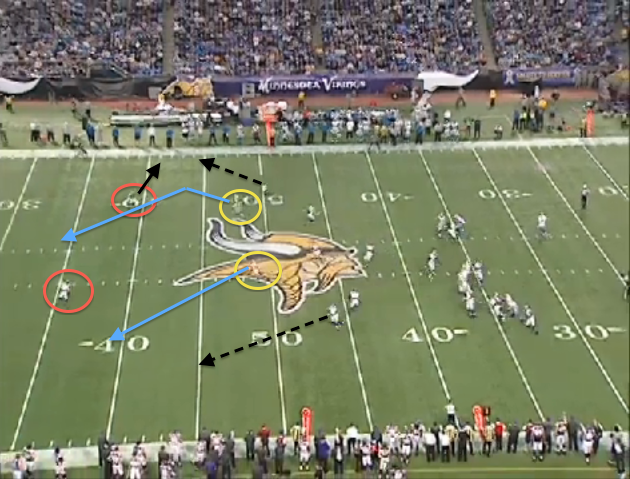 Why does the SS get beat? He opens his hips to the 7 (corner) on the “Dino” stem from Johnson. Remember, as a deep half safety depth and technique are key. You have help on the 7 cut (CB sinking). Stay square, play through the double-move and drive to the up field shoulder of the WR on the post. 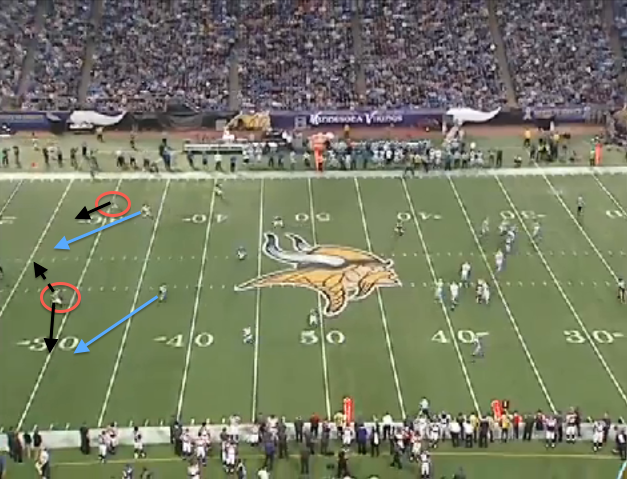 How do you recover as a safety? Here, the SS uses a closed angle technique (head whip), but he “rounds” the turn (have to stay tight with the hips) and is stuck in a trail position vs. Johnson. And with the FS occupied by Young on the 7 route to the open (weak) side of the formation, this turns into a one-on-one matchup down the field. 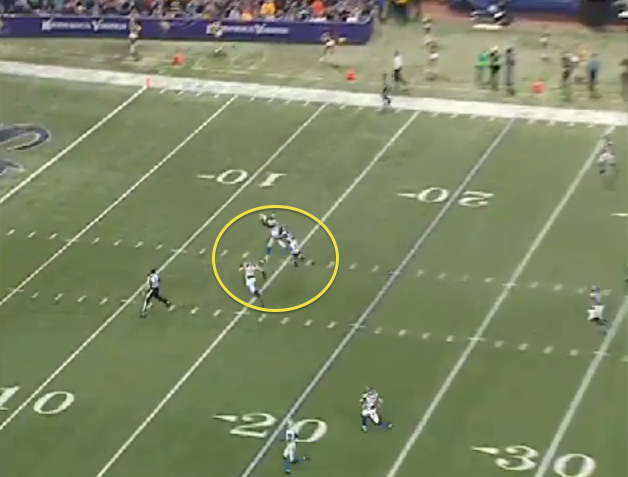 Johnson is going to climb the ladder on the deep ball. And with max-protection, Stafford has time to put this ball up for his WR to go make a play. Let's see if Detroit comes back to this route tomorrow to create an opportunity to flip the field.