Looking back at the Week 11 Sunday schedule in the NFL, here are the top three plays from my perspective—starting with Randall Cobb’s TD catch vs. the Lions. Let’s run through the Xs and Os and get into some coaching points. 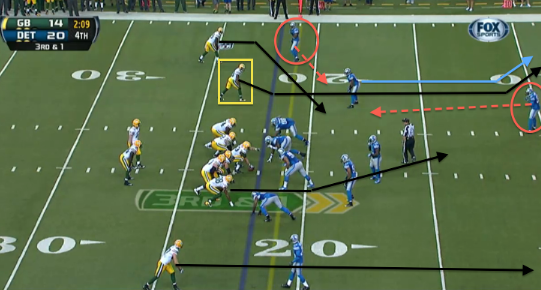 - A route concept we see every Sunday vs. multiple coverages. No.1 (Jones) on the underneath Smash with No.2 (Cobb) on the deep 7 cut (corner) route. A quick tip: No.2 on the ball ("Exchange") is an automatic alert to the 7 route.

- The Lions are playing man-free with the SS (red) using a “cut” technique vs. No.1. With the CB playing from an outside leverage position, the safety will drive downhill on the Smash. Another way to eliminate inside breaking concepts. 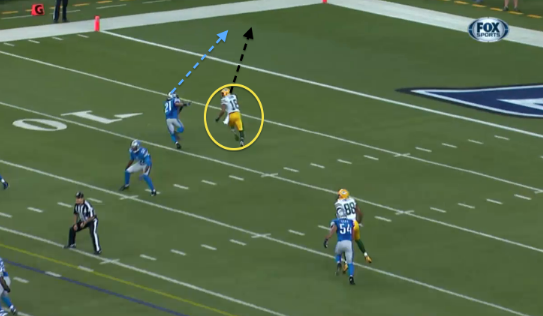 - The Packers get the matchup they want with Cobb vs. Jacob Lacey. The Packers wide out takes an inside release (create room to run the corner route), stems up the field and then breaks to the 7. The coverage from Lacey is solid. He maintains his leverage (outside shade) and rolls with Cobb on the cut. 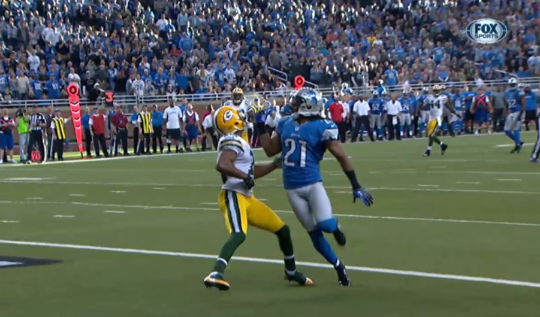 - As a DB vs. an underthrown pass, you are anticipating the WR to continue his route stem and run to the corner of the end zone. However, with your back to the QB, it is very hard to stick to the hip of the WR, find the ball, go up through the hands and finish the play. 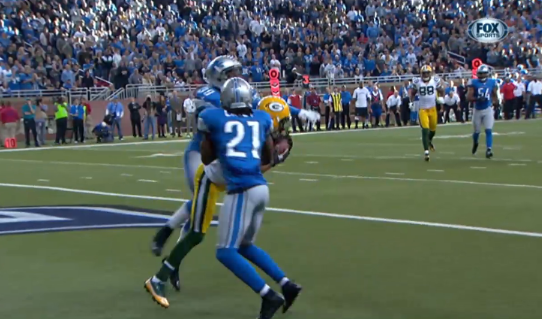 -Where is the safety help? That’s a long way to go to overlap on the 7 route. It is going to be late—every time. What we see on the finish is Cobb adjusting to the football and making a big play to help the Packers comeback and beat the Lions in the 4th quarter. 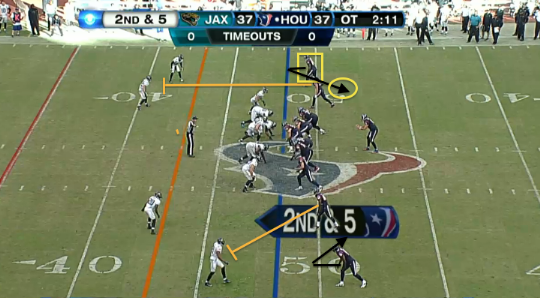 - On the “Tunnel” screen, the No.1 WR will work back to the inside (“Bubble" screen=No.2 getting the ball) with blockers advancing to the second level of the defense. Create a running lane for the wide out to get up the field. Here, the Texans are running a “Double Tunnel Screen” (both sides of the formation) with Johnson as the primary read. 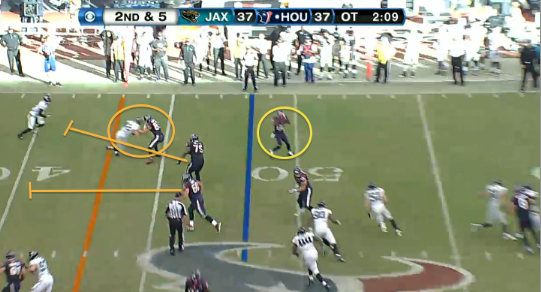 - The Texans already have something going here on the catch. With the CB playing off with a large cushion (distance between WR and DB), Kevin Walter can block the safety with the RT now working up to the second level of the defense. 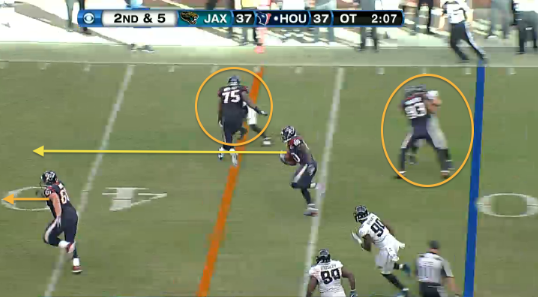 - Look at the setup for Johnson. The Texans seal the outside and have another O-Lineman down the field searching for someone to hit. For Johnson, turn up field; beat the angle of the SS coming over the top and head to the end zone. Great execution from Houston to get the win in OT vs. the Jags. 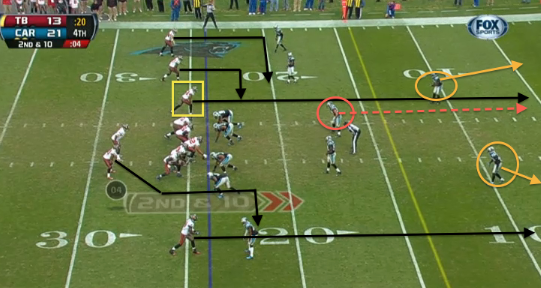 - Look at Jackson’s initial alignment. Why is he inside of the numbers as the No.3 to the closed (strong) side of the formation? To get the ball. Always alert to a playmaker aligned out of position in a crucial game situation.

- The Bucs want to create a one-on-one matchup vs. Panthers MLB Luke Kuechly. Remember, in Cover 2 (Tampa 2), the Mike Backer is going to carry the inside vertical seam. Yes, the safeties will overlap on the throw, but this is on the LB to run with speed down the middle of the field. 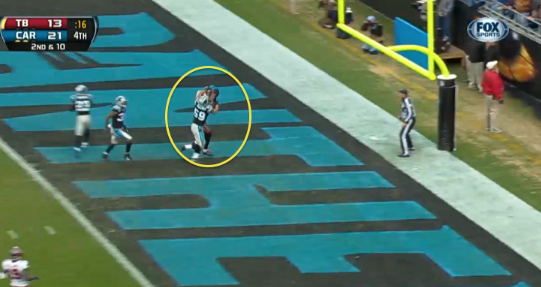 - Give a lot of credit to Kuechly. The rookie opens his hips to the passing strength (three WR side), matches to Jackson on the seam and puts himself in a position to make the play. However, look at the throw and the ball placement from Bucs QB Josh Freeman (splits both safeties). Big play that allowed the Bucs to go for the two-point conversion (play action vs. Cover 2 to Jackson) and also target Dallas Clark on the “Wheel” route in OT to grab their fourth straight win.