Let’s talk NFL football on this Christmas Eve: personnel, breakdowns and matchups. Here are five things I am looking for on today’s schedule.

1. Targeting the Jets' Cromartie: The Giants can go ahead and challenge Darrelle Revis outside of the numbers if they want, but I would target Antonio Cromartie in the vertical passing game. The Jets’ CB can get lazy with his technique, play too tall in his backpedal and stick his eyes in the backfield. Think route stem (create separation) and play action with the Giants’ wide receivers. Cromartie will sit on routes and attack the football, but if Eli Manning uses play action and sells the double-move, the QB will have an opportunity to generate some explosive plays. 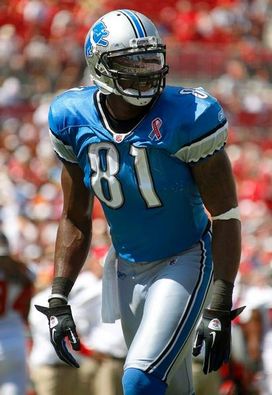 ICONJohnson should cause some matchup issues for the Chargers' secondary today.

2. Calvin Johnson vs. Chargers’ secondary: After watching the WR carve up the Raiders’ secondary in the Lions’ Week 15 win, I’m curious to see the Chargers’ defensive game plan. They don’t match up to Johnson’s size, speed or length at the CB position and Cover 2 has proven to be an issue when the WR can get on top of a safety’s cushion in the deep half. San Diego has to play top down in their zone coverage and must shade the FS in their Cover 1 (man-free) schemes to limit the vertical route tree for QB Matthew Stafford. 2-Man (two-deep, man-under) has shown some success vs. Johnson, but when we talk about the 9 (fade), 8 (post) and 7 (corner), Johnson can beat the top of any secondary.

3. Cowboys’ defensive game plan: We all remember how the Eagles carved up this Cowboys’ defense in their first meeting earlier this season. And when we talk divisional football, it is all about the adjustments you make in the next matchup. How does Rob Ryan limit LeSean McCoy, take away DeSean Jackson and pressure vs. Michael Vick? Plus, don’t forget about Brent Celek and the TE position for the Eagles. From my perspective, it starts with defending Vick. If you are going to pressure and play some blitz-man coverage in the secondary, you must rush with contain principles. Send A and B gap pressure and coach your edge players to work up the field. If you allow Vick to extend plays get ready for the coverage to break down in the secondary.

4. Reggie Bush vs. the Patriots’ front seven: No need to dance around the issues with the Patriots defensive front vs. the run game. The Broncos went to work on this unit early last week and produced. Bush is coming off a career day (203-yards) in the win over the Bills and the game plan shouldn’t change much vs. New England. Try to control the clock, keep Tom Brady and the Patriots’ offense on the sidelines and move the sticks with Bush. This is a game the Pats have to win as they continue to work towards the No.1 seed in the AFC. However, they need to see their defense get off of blocks, tackle and take good angles from the secondary in run support vs. Bush.

5. 49ers’ defense: If you didn’t get a chance to see the Niners’ defense on Monday night in the win over the Steelers, check them out today vs. Marshawn Lynch and the Seahawks. One of the top units in the NFL. No question Pete Carroll’s club is playing their best football of the season and Lynch is the priority in their offensive game plans. What we will see today is downhill power football vs. a playoff ready defense. I am very interested to see what type of production Lynch has vs. San Fran. And don’t forget, the 49ers haven’t allowed a rushing TD inside of the red zone yet this season.

Check back to the NFP on Christmas Day for my Bears-Packers pregame notes.