Let’s talk Bears-Packers. Five things that stood out from my perspective in the Packers’ 21-14 win at Solider Filed that earned them a ticket to Dallas—and Super Bowl XLV.

1. Rodgers vs. the Bears’ corners: One issue that hurt this defense all afternoon: cornerback play. Let’s break this down. When the Bears play any single high safety defense (think Cover 1, Cover 3 and zone blitzes) their corners are coached—and taught in Lovie Smith’s scheme—to play off and to the outside. An immediate cushion at the line of scrimmage and leverage that invites inside breaking routes. We saw early play action from Aaron Rodgers and the Green Bay offense to open up the middle of the field and a consistent effort to work the Bears’ coverage schemes. The slant, skinny post, deep crosser, etc. Easy to win at the line with that cushion and work away from the defensive back. Tim Jennings had a rough day in coverage for Chicago and we saw the impact from Green Bay's Greg Jennings (8 receptions-130 yards). 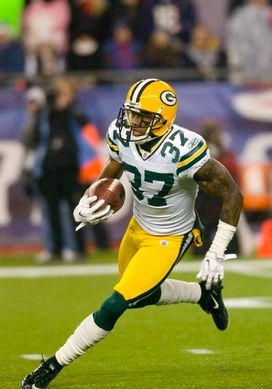 ICONShields intercepted two passes in the Packers' 21-14 win over the Bears.

2. Sam Shield’s career day: A rookie with two picks in the NFC Championship game. The first—on the deep ball to Johnny Knox—was a great example of technique at the NFL level. Shields plays press-man at the line of scrimmage, gets a solid jam to re-route Knox and then plays to the hip. Down the field? Attack the ball and make the play. That is a veteran move on the biggest stage Shields has every stepped on. Plus, let’s not forget that he comes back and breaks inside of the Caleb Hanie pass (playing 2-Man) to seal this win with his second INT. Just another example of the depth and overall talent in this Green Bay secondary—the best unit in the NFL.

3. The Cutler injury: How do you judge this from an outside perspective? Do you want him out on that field? Without a doubt (especially in a championship game) because he gives you the best chance to win. I am all for seeing pro players push through injuries. It is part of the job and part of playing post season football. Make plays when you are hurting. However, Cutler shut it down with the knee injury. From my perspective, find a way—any way—to get yourself back on the field. But if you can’t go, run the offense and make the necessary throws then take a seat. It is hard for me to question Cutler's toughness after the hits he took all season long, but you want to see him on the field with a Super Bowl ticket on the line.

4. Raji’s big play: A standard zone blitz. Show pressure and drop the nose into the “middle hook.” Hanie was locked onto Matt Forte running the quick angle route. As you could see from the replay, the Bears’ QB was reading half of the field—an example of an inexperienced player. He sees pressure and assumes man coverage where he can throw that quick, 3-step route. That is a great call from Dom Capers (who outcoached Martz all day). The result is a TD for a defensive lineman who was just playing the scheme.

5. Martz’s 3rd down call: Go back to the Bears’ 2-minute drill. 3rd and short in a situation where you need to run a play that is going to produce positive yardage. After a time out, the Bears run a Jet WR sweep (which looks similar to reverse). That is playground football from my perspective—and not good enough in the NFC Championship. Every offense has what I like to call a “gotta have it play” in their playbook. In a crucial situation of the game, you go to that play—and produce results. Maybe it is the quick slants, the Hi-Lo concept (underneath crossers) or a simple Lead Strong with your big personnel on the field. It is simple, and something that you run in practice starting back in April during mini-camp. That’s not what I saw from Martz—and it leads to the season ending interception.

-How about the Packers special teams? They covered on kicks vs. Devin Hester and punter Tim Masthay was on point all day.

-Matt Forte showed up to play. 160-yards of total offense for the Bears’ RB—and he ran hard.

- The Urlacher INT came with the Bears playing Cover 1 Robber (drop the LB between the hashes), but the tackle from Aaron Rodgers might have been the biggest play of the post season for Green Bay.

- Great vision with the ball. That is what I see with Packers' RB James Starks. Attacks the line of scrimmage and has unique cut back ability for a rookie.

Check back to the NFP after Jets-Steelers for my AFC Championship post game notes.