In my post-game notes after the Bears’ 34-18 win over the Cowboys on Monday night, I discussed the Xs and Os of two Tony Romo INTS vs. Chicago’s Cover 2 zone shell. Today, let’s use the “All-22” coaches film to take a closer look at the route concepts, technique and coverage reads from on two big plays from D.J. Moore and Major Wright. 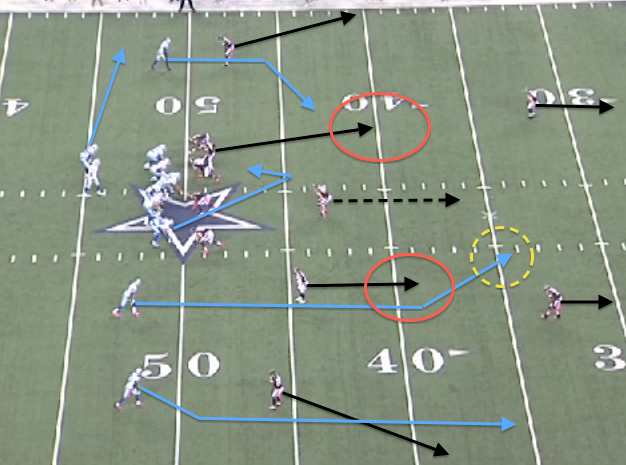 - A quick coaching point on a 3x1 alignment in the NFL: alert the backside (open side) Slant route. That has to be automatic from the perspective of the defensive secondary.

- Base Cover 2 here from Lovie Smith’s unit with their Nickel sub package on the field. Rush four, drop seven into coverage with two deep half safeties putting a tent on top of the defense. Underneath, the Bears have two “seam-hook’ defenders with Mike Backer Brian Urlacher playing the “inside vertical seam.”

- Both CBs have to re-route (jam) No.1 and sink at a 45-degree angle until they are threatened in the flat.

- As you can see with the route concept, Romo and the Cowboys want to send two verticals to the closed (strong) side of the formation (target the inside seam) to put some stress on SS Major Wright with TE Jason Witten as a middle of the field check down option. 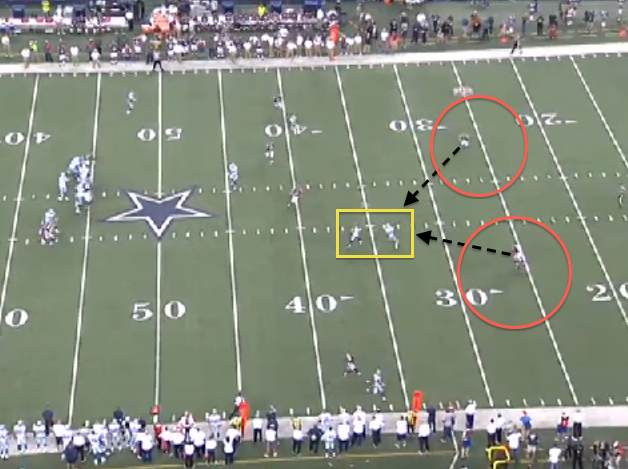 - Focus here on Nickel back D.J. Moore. As a “seam-hook” defender in the Bears’ scheme, he will drop to a depth of 10-12 yards and “cushion” any inside vertical. With Cowboys’ WR Miles Austin (No.2 to closed side) running the inside seam route, Moore continues to sink and rolls with the route.

-Both safeties, Chris Conte and Major Wright, will drive on the throw and “overlap” any inside vertical, but this isn’t their play to make in Cover 2. 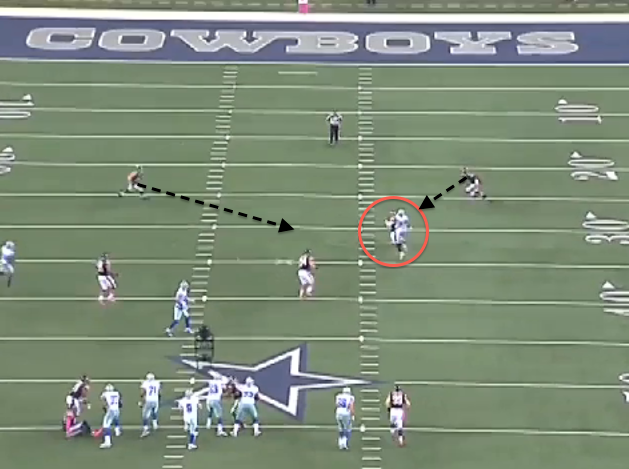 - This is a good look here from the end zone angle. Urlacher sits on Witten in the middle of the field, with Moore playing underneath Austin—directly in the throwing lane.

-Right idea from Romo to challenge the inside vertical vs. the Bears’ Cover 2 defense, however, he has to come down off the seam and throw the ball to Witten or to the RB on swing route out of the backfield. Moore plays this perfectly and closes the throwing lane. This one is on Romo. 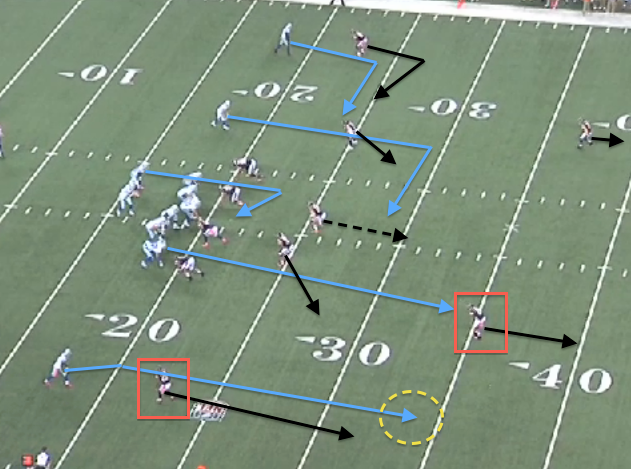 - Where do we see the “Levels” concept? In Denver with Peyton Manning and the Broncos. A 2x2 alignment with No.1 to the open side of the formation on the short inside Smash route and No.2 on the intermediate Dig (square-in). To the closed side of the formation, two verticals concept

- Romo wants to target WR Kevin Ogletree on the 9 (fade) to the closed side of the formation in a classic Cover 2 beater: run two verticals at the deep half safety.

- Check out Wright and closed side CB Tim Jennings (highlighted in red). No different than Jennings INT in Week 3 vs. the Rams, he will force an inside release (allows safety to stay on top of the numbers landmark) and “carry” No.1 down the field (no threat in the flat). 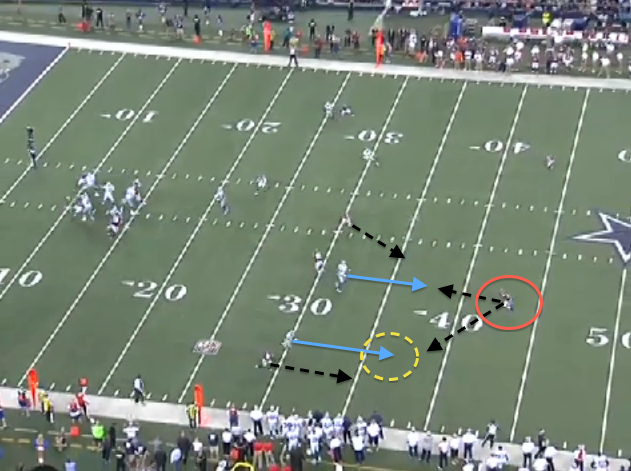 - Look at the depth from Wright to the closed side deep half. This allows the Bears’ safety to drive at a downhill angle on both verticals. That’s crucial in the Cover 2 scheme. Give yourself enough room as a safety to play two. 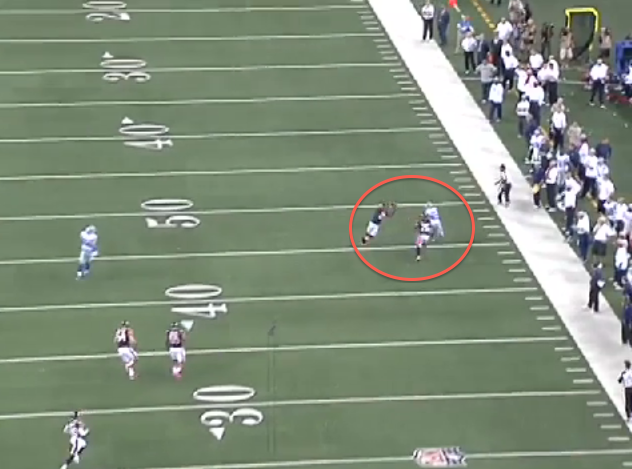 - On the end zone view, we get to see the finish from Wright. I talked about the angles and depth of the safety above and this is exactly what you want to see. Read the QB and break on the throw with an angle that puts you in a position to make a play on the ball.