Click here for the previous “All-22” breakdown: Patriots’ play action

Target the TE position in the red zone. Think of the inside vertical seam, the “Shake” (or “Nod”), the 7 (corner route), etc. Route schemes that create matchup issues for defensive secondaries. Today, let’s look back the Vikings’ Smash-7 concept and breakdown Christian Ponder’s TD pass to Kyle Rudolph vs. the Titans’ Cover 1 scheme. 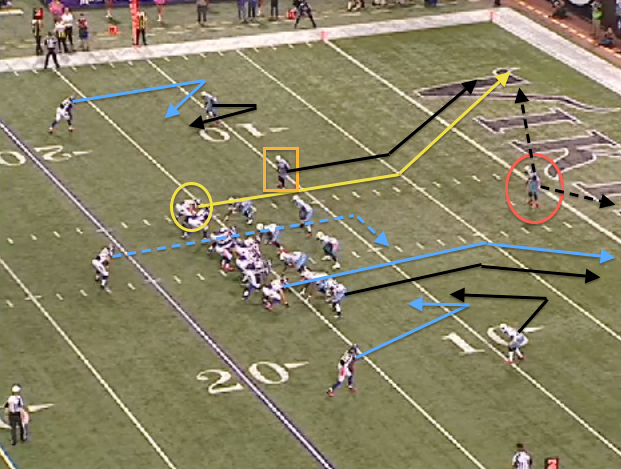 - The Smash-7 concept. One of the top Cover 2 beaters in the NFL and a route we see almost every Sunday inside of the 20-yard line. With Ace personnel on the field in a “Unit” alignment (2x2 with both TEs in the core of the formation), the No.1 WRs (Z, X) will run the outside “Smash” concept with the TEs on the deep 7 cut.

- Tennessee is in Cover 1 (man-free). The two CBs will play the Z and the X from an off-man look (outside shade). The SS (highlighted in orange) walks down over Rudolph (highlighted in yellow) with the Sam Backer matching the closed side TE. That leaves the FS in the deep middle of the field. Base coverage here. Play your coverage, maintain outside leverage and use the middle of the field help. 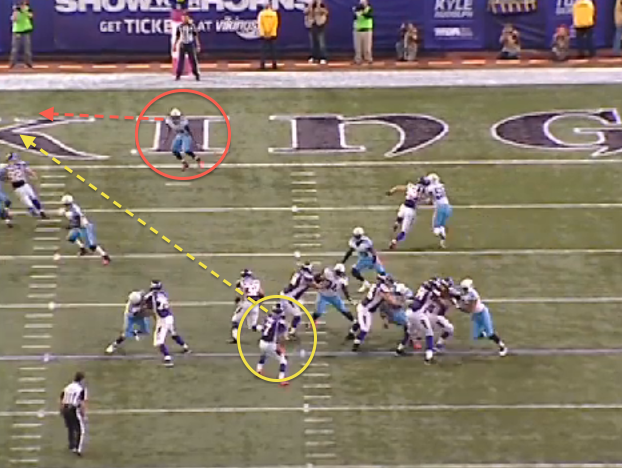 - Quick coaching point here on FS technique in Cover 1. As a deep middle of the field defender inside of the red zone, shorten your depth and put yourself in a position where you can break at an angle to make a play on the ball. Check out Titans’ FS Michael Griffin. He is square to the line of scrimmage and in a position to read Ponder’s eyes. Break on the throw (don’t guess) and drive to the receiver. However, this is an outside breaking route (7 cut). And Ponder knows the FS has to make up some ground to get to the football. 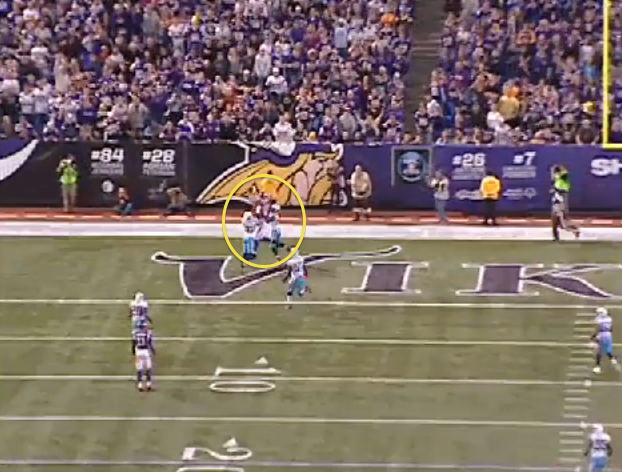 - This is a “bucket” throw from Ponder. SS Jordan Babineaux maintains his leverage throughout the route stem and rolls with Rudolph once the TE breaks to the corner. Good technique. But Ponder drops this pass in-between two defenders on the up-field shoulder of the TE (away from Babineaux). And with Rudolph climbing the ladder to play the ball at the highest point we once again see why the TE is so valuable to NFL offenses inside of the red zone.