Click here to check out the new “NFP U” homepage.

Let’s focus on the red zone today, talk some man-coverage technique and breakdown Mark Sanchez’s TD pass to Jason Hill in New York’s win over Indianapolis from this past Sunday. 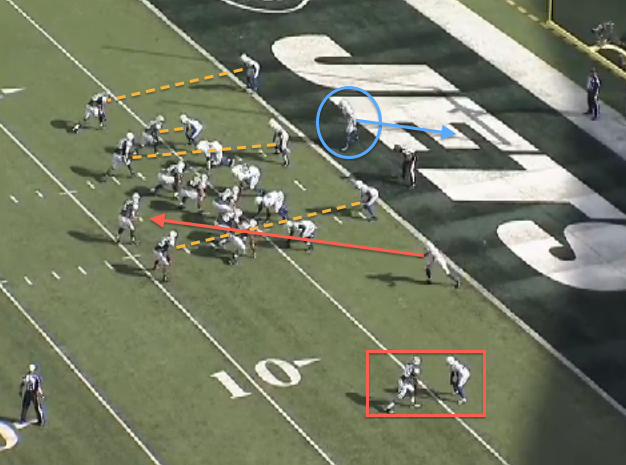 - Before we get to the coverage (and pressure) from the Colts, look at the formation from the Jets. Bunch to the closed (strong) side of the formation and a WR in a “plus” split to the open (weak) side. That should be an easy alert to play for the backside slant. Anytime you see a 3x1 formation with the open side WR aligned outside of the numbers, expect an inside breaking route.

- Cover 1 rules for the Colts. The DBs are taught to play with an outside shade and use their safety help (blue) in the middle of the field.

- Indy wants to send open side pressure here with the FS. However, there is a problem. Look at the pre-snap alignment of the FS: that’s too deep. In the red zone, the speed of the game increases. Sure, you can disguise a pressure package, but you won’t get home blitzing from that depth. 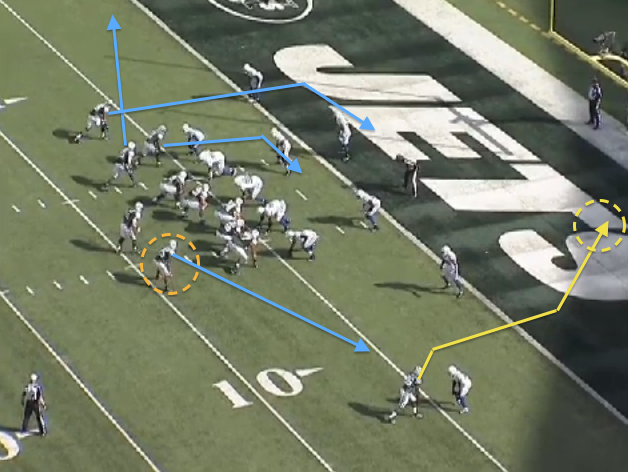 - Start with the closed side of the formation. The Jets are using some window dressing (bunch) to run the H-Lo combination (square-in, underneath crosser) with No.3 bursting to the flat.

- A quick coaching point on the alignment of the RB (orange). This is called a “chowed’ alignment (outside leg of the tackle) and is an automatic alert that the back will release.

- Hill will use a hard inside release, stem up the field and then break back to the middle of the field. 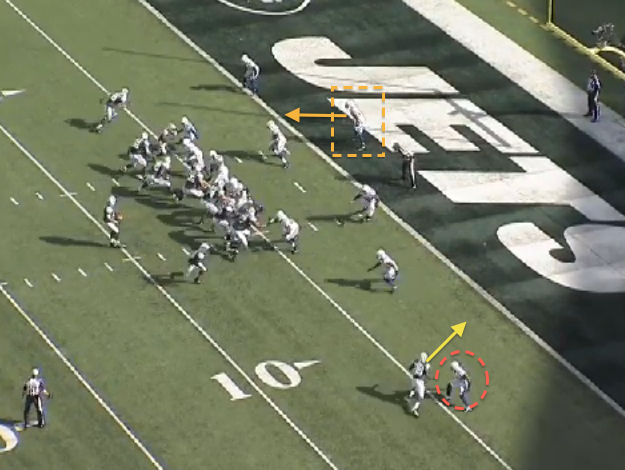 - I wanted to show this cut-up to highlight the release of Hill and to check out the technique of CB Jerraud Powers. When Hill releases to the inside, Powers widens his feet and “squats.” This creates leverage for Hill and puts the Colts’ CB in a tough position to recover.

- How should you defend the release? To start, I would align head-up or even inside-eye with Hill. Given the pre-snap split of the WR, a slight inside alignment can protect you vs. the slant. Slide your feet, punch with the outside hand and “mirror” the release.

- The FS is shaded to the bunch look. Powers isn’t going to get help on the slant. He might as well be playing zero-man here. 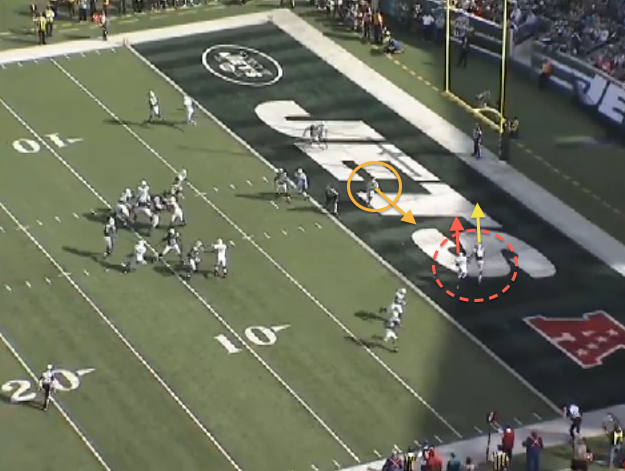 - Because Powers was beat on the release, he tries to take a chance and undercut Hill once he stems his route to the slant. Here’s the thing on taking a chance here: if you are going to undercut the WR, you better make the play. And you won’t find many DB coaches that want to see this.

- Even if you are beat, drive to the upfield shoulder of the WR on an inside breaking route—because that’s where the ball is going. 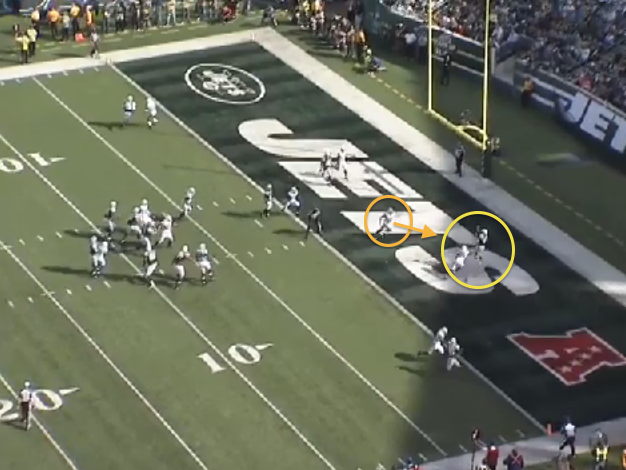 - The finish from Sanchez and Hill. The Jets’ QB puts the ball on the numbers for the score. That’s what happens when you are late on an edge blitz and don’t win on the release in this league.