Click here for the entire Inside the Playbook series. Click here to check out the new “NFP U” homepage.

On Sunday, Victor Cruz got on top of the Redskins’ secondary late in the 4th quarter for the winning score on a "Semi-Curl" concept. How did it play out? Let’s take a look at the “All-22” film and breakdown Eli Manning, Cruz and the Giants vs. the ‘Skins’ “Slice” call (Cover 7). 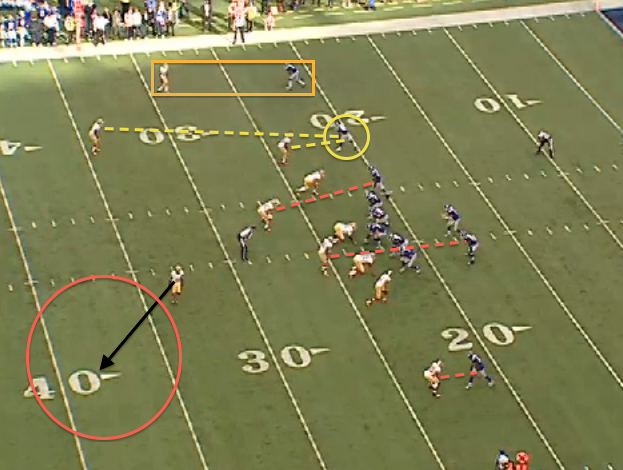 - From my perspective, the Redskins’ are playing Cover 7. A combination-man coverage with a “bracket” look to the closed (strong) side of the formation over Cruz aligned as the No.2 (slot).

- SS Madeiu Williams and CB Josh Wilson are in a “slice” technique (2-on-1). Wilson will play underneath and role with the first inside cut while Williams sits high and drives the first outside breaking cut. The Redskins are looking to take away the intermediate route tree and eliminate Cruz from the play.

- DeAngelo Hall (orange) is playing a “solo” technique to the closed side of the formation. Align in an off-man position and play No.1.

- To the open side of the formation, I see this as a “Fist” technique (2-Man). The FS will move to the deep half with the CB playing from an inside “trail-man” position.

- Even if this is a converted route from Cruz based off the pre-snap coverage look from Washington, we can call this part of the “Semi-Series” (Semi-Curl, Semi-Hitch, Semi-Out, Semi-Comeback). No.2 will press vertically up the field on the seam with No.1 on the curl, hitch, comeback, etc. 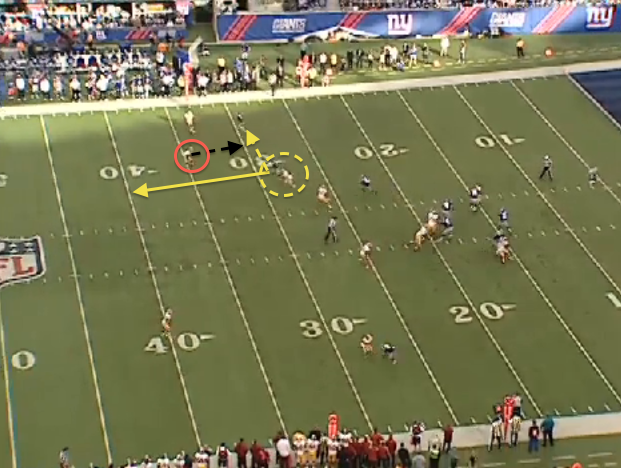 - On the release, both Williams and Wilson are in the proper position to take away the first inside and first outside cut. Think Curl, Dig, Option, etc.

- With Wilson playing from an inside leverage position, Williams can drive the out (or option) if Cruz breaks to the numbers. 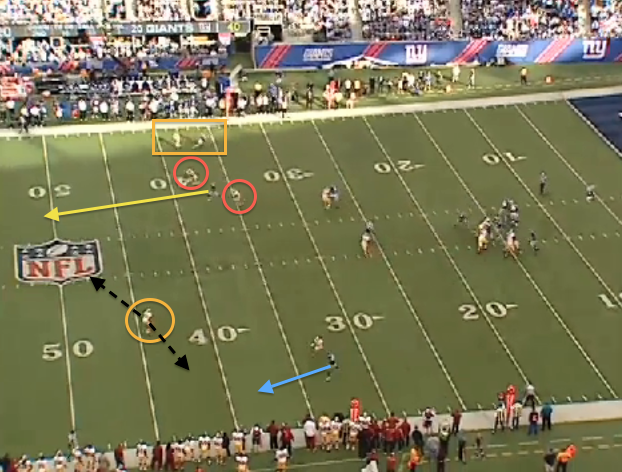 - Outside of the 3-step game, every route breaks at a depth of 12-15 yards. From a defensive perspective, if the WR doesn’t drop his hips at that depth he is going down the field. Open your hips and get on top of the route.

- Can’t get split here. As you can see on the film cut-up, Wilson is low and to the inside with Williams in a removed outside leverage position. Someone has to account for the vertical stem. And the deep half safety to the open side of the formation isn’t going to break until the throw. Too much ground to make up. 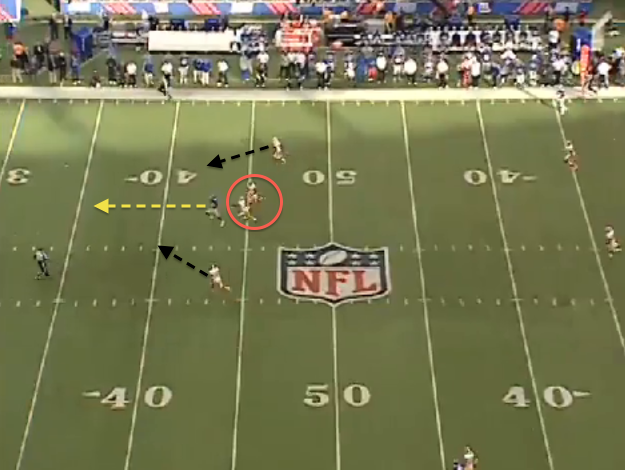 - I have no issue with the coverage. In a two-minute situation, taking away Cruz is a smart idea. However, as a DB you can never assume (or guess) the route scheme. And there is no excuse to giving up a TD when you have two DBs bracketing a WR in the slot.