Let’s review what we saw in last night’s Steelers-Broncos game in Denver... 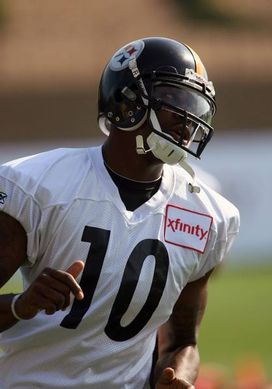 Dixon’s poor decisions: In a QB competition, the last thing you can do is turn the ball over and take points off of the scoreboard. That’s what we saw from Dennis Dixon who threw 2 INTs last night when he came in for Ben Roethlisberger at the start of the second quarter. Tried to force the 7 (flag) route in the end zone that was picked off by Perrish Cox. Have to throw it away and get points in that situation. His second pick came when he threw the deep curl route against a veteran corner in Andre Goodman playing off-man coverage and reading the QB. It was the second time he challenged Goodman, and with the throw late, the result was six points the other way. No doubt Dixon is athletic and can react to pressure off of the edge, but pulling the ball down and running doesn’t win jobs at this level. Protecting the football and scoring points does.

Orton and the Denver offense: It is clear watching this Broncos team that Kyle Orton has complete control of what they are trying to do from a scheme perspective. This club will run the football to set up very manageable third down situations where Orton can throw the curl, the option route, etc and move the sticks. But, let’s give the Broncos QB more credit because he can make every throw in Josh McDaniels’ passing tree—including the skinny post and the 7 route. Was baited by the Steelers' William Gay into an INT, but he looks the part for the Broncos.

Polamalu: Hard not to notice jut how active Steelers’ SS Troy Polamalu is in the Pittsburgh game plan. He can set the edge of the run game, blitz, drop to the flat in Cover 3 and play the deep half of the field. One thing to watch in the regular season is how good Polamalu is at holding his pre-snap disguise. Athletic enough to get to the deep half in a Cover 2 look from LB depth at the snap of the ball. It is impressive and allows the Steelers to use multiple looks and cause confusion on the offensive side of the football. Easy to like what you see scheme wise from Dick LeBeau's squad.

Steelers’ Mendenhall: Let’s talk personnel in the Pittsburgh running game. We will always see the two-back power game, but last night I saw production out of Mendenhall when the Steelers had their 212 personnel (2 WR, 1 RB, 2 TE) on the field. What this does is allow Mendenhall to get the ball deep in the backfield, use his vision and cut back vs. defenses—like the Broncos—that rely on speed and pursuit to get to the football. One cut and get up the field. The one-back runs will be a factor in the Pittsburgh offense. 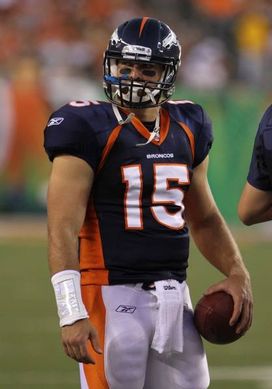 Tebow’s night: Thought the rookie was patient in the pocket, kept his eyes down the field and ran the offense. The deep curl, the skinny post and the 7 route he hit WR Eric Decker on for a TD against pressure. Those are good throws—and throws you expect to see completed at the NFL level. Plus, he put together drives that resulted in points—part of playing QB in the preseason. However, Tebow also had some plays that need to be corrected in the film room. Forced a pass on the boot inside of the 10-yard line and threw the pick on the hitch route in a 3rd and short situation. He has to know that NFL CBs are going to read through the QB in that situation, work the the release of the WR and make a break on the football. Bottom line: Tebow isn’t the starter in Denver. And these mistakes are part of his development as a rookie QB.

Roethlisberger: Only saw one quarter from Roethlisberger. Hit the skinny post to open the game, threw the back shoulder fade and led a drive that resulted in a field goal. What else can we say? Got his work in, and now he has to turn over the keys to the Steelers’ offense until October.

Quick hits…
- The Denver secondary is fast and they challenge receivers. With Champ Bailey and Brian Dawkins on the field in the regular season, this unit is going to make plays.

- Steelers' RB Jonathan Dwyer showed some speed and some ability in the open field. He is more than just a downhill runner.

- Everyone is going to talk about Orton’s attempt at bringing down LB James Harrison in what turned out to be a dead play. You don’t want to ever see your starting QB trying to make a tackle in the preseason. No need.

- How quick did the Broncos' Robert Ayers look getting to the QB? Now let's see him carry it over into the regular season.

- Brady Quinn? Not much to talk about right now.