Let’s take a look at some notes from last night’s Hall of Fame game in Canton between the Cowboys and Bengals. Preseason games are tough to evaluate, and as I wrote over the weekend, they focus more on fundamentals rather than game plans. But they still have value and provide us something from a personnel standpoint—and it is nice to have some action on the field to talk about.

The Cowboys’ first-team offense was only on the field for one drive, but when you play in Canton—and add another preseason game to your schedule—if you put points on the board early, you usually shut it down. They opened with a boot from QB Tony Romo and were able to run a variety of route concepts: the comeback, the deep dig, the option route, etc. We saw the Cowboys align in their one-back sets; spread the field with three wide receiver looks and complete basic passes against off-man coverage. Nothing special (and they did come up empty inside of the 10-yard line) but for a first drive of the preseason, it was a good start. 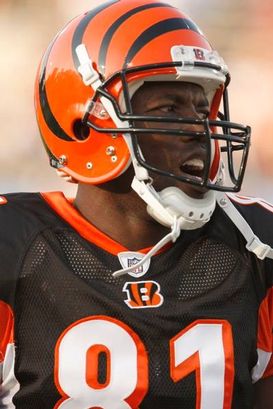 ICONOwens had two receptions in Canton.

Let’s relax on the T.O. talk after one night. The Bengals and QB Carson Palmer got him involved when the first team offense was on the field, but was it anything that we didn’t expect to see? Owens had two receptions and we saw him run the out, the smash and the deep curl. Get used to this, because outside of an occasional deep ball in the proper field position, T.O. will run the 3-step and the intermediate passing game in this offensive system. Owens should win against off-man coverage and he should be a factor when the Bengals need to make a play near the sticks.

Bengals CB Pacman Jones got some work last night—and the Cowboys challenged him. I thought he played with some solid technique when he aligned off of the receiver. His footwork looked smooth and he was able to turn his hips, plant and drive on the throw. On the flip side, he also looked sloppy at times—and was caught reaching instead of using his feet. Jones needs as many minutes as he can get in the preseason to win a productive role on Mike Zimmer’s defense.

The Dallas running game should be legit this season. Marion Barber, Felix Jones and Tashard Choice all fit the scheme that Jason Garrett will use in the regular season. The Power O, the Lead Open, Lead Strong and the Lead Draw are a major part of this playbook—and to have three pairs of fresh legs is a luxury. We saw their base running package last night, and we will see it again all season. Plays that get downhill fast.

The Cincy offense looked uncomfortable, couldn’t put drives together and overall had a bad night. It isn’t an indication of the season, just a bad night. But, the players can expect a long corrections period in practice this week. Not good enough.

The Hall of Fame game is classic. I played in it twice during my own career and the excitement around town and on the field for the pregame warm-ups is something to see. It is an honor to be on the field with the new inductees. But, the game itself gets out of control in the second half. Penalties, mistakes and turnovers. This is the time we get to see rookies in their first competitive environment at the NFL level—and it shows.

WR Matt Jones showed up late in the third quarter. He made some receptions, but when you are getting into the lineup that late in the game you aren’t high on the priority list. Interested to see how camp shakes out for Jones. 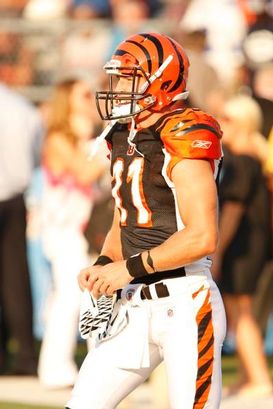 I’m interested to see WR Jordan Shipley throughout the preseason. He didn’t have enough action last night to judge what he will be able to do, but with Antonio Bryant out, the rookie from Texas has a opportunity to play in the slot when the Bengals use their three wide receiver sets.

Cowboys’ rookie LB Brandon Sharpe made a big play—intercepting a pass and bringing it back for a score—working with the backups late in the game. These are the type of plays that earn you roster spots.

Dallas QB Stephen McGee saw a lot of action last night—and I am curious to hear your opinion on the young QB. Showed some athletic ability, but we could all see his inexperience. He was slow on his reads and held the ball in the pocket—but there is potential there.